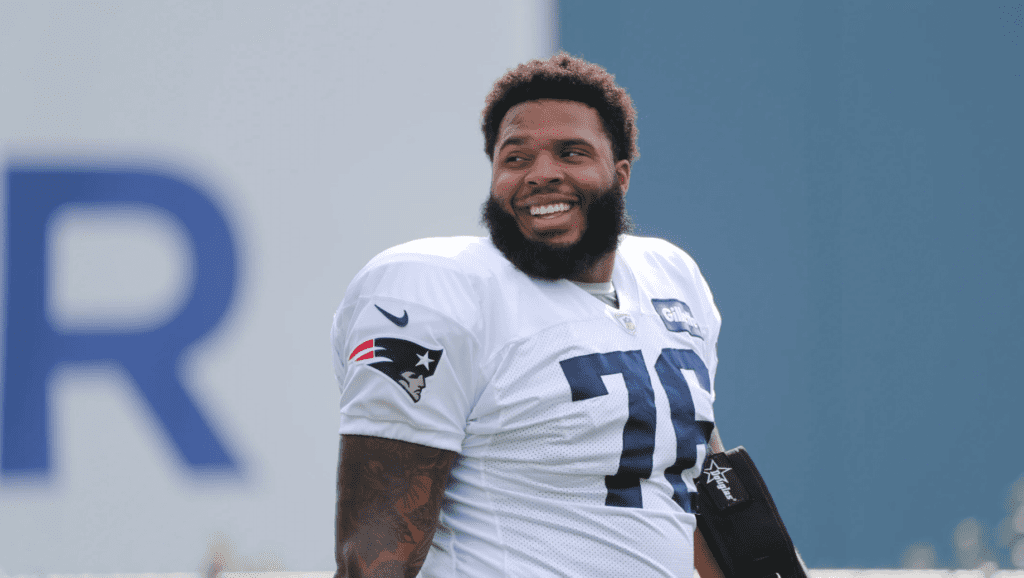 FOXBOROUGH — the Patriots held their eighth practice of training camp at Gillette Stadium on Friday in shells and shorts before they head to Detroit.

After two physical days, Bill Belichick went a little easy on his players, although things were competitive during team drills at the end of practice.

The lone unexpected absence from the session was tight end Lance Kendricks who missed his second consecutive day after leaving practice early on Wednesday with an injury.

Over the weekend, I will have a monster takeaways column from the first week of training camp, and I will also be in Detroit next week for joint practices with the Lions.

With that said, here’s a brief snapshot of Friday’s non-padded practice:

1. Wynn Watch: We Got Movement!

Patriots soon-to-be left tackle Isaiah Wynn had his most active day of camp so far participating in competitive team drills towards the end of practice with the second unit. Wynn also rotated with starter Dan Skipper during the walkthrough portion and participated in positional drills. Wynn’s feet are noticeably fast with the foot speed to mirror rushers and get into his run blocks quickly. After practice, Wynn told us that he’s confident that he’ll be a full go soon. We are nearing Wynn time in New England.

Let’s call it for what it is: undrafted rookie Jakobi Meyers is ahead of first-round pick N’Keal Harry on the depth chart. Over the last two days, Meyers played outside wide receiver while Tom Brady was on the field with Phillip Dorsett and Braxton Berrios in the slot. Meyers has terrific hands, a high football IQ and a good feel for getting open against zone coverage. Today, Brady completed three passes to Meyers in 11-on-11s, and some of those completions came with Brady releasing the ball before Meyers came out of his break. The chemistry is growing between those two.

The starting secondary with cornerback trio Stephon Gilmore, Jason McCourty/JC Jackson and Jonathan Jones is flat out dominated through one week of practice. During a seven-on-seven drill, the coaches blew the whistle for a coverage sack because nobody was open for a good five seconds. Jackson broke up two passes, and Jones added another deflection during the session causing Brady to go 9-16 in 11-on-11s. Jackson and McCourty continue to rotate at the second outside cornerback spot opposite Gilmore with Jones in the slot. Gilmore is a master at work during these sessions. It’s a treat to watch.

Running back Sony Michel, who only caught seven passes on 11 targets as a rookie, is beginning to make his presence felt in the passing game. Michel caught five passes from Tom Brady in team drills this week and motioned out wide a few times as well. Let’s hope these positive reps in training camp will lead to more production in the passing game for Sony.

5. The Summer of Brandon Bolden

Bill Belichick loves him some Brandon Bolden, and although it likely won’t carry over into the regular season, Bolden is getting reps with the starting offense. On Friday, he went over the top of Dont’a Hightower on a wheel route to haul in a Tom Brady pass. The Patriots like to manage the workloads of their featured backs during camp, so Bolden gets to have some fun.

No three up, three down today with the non-padded practice.