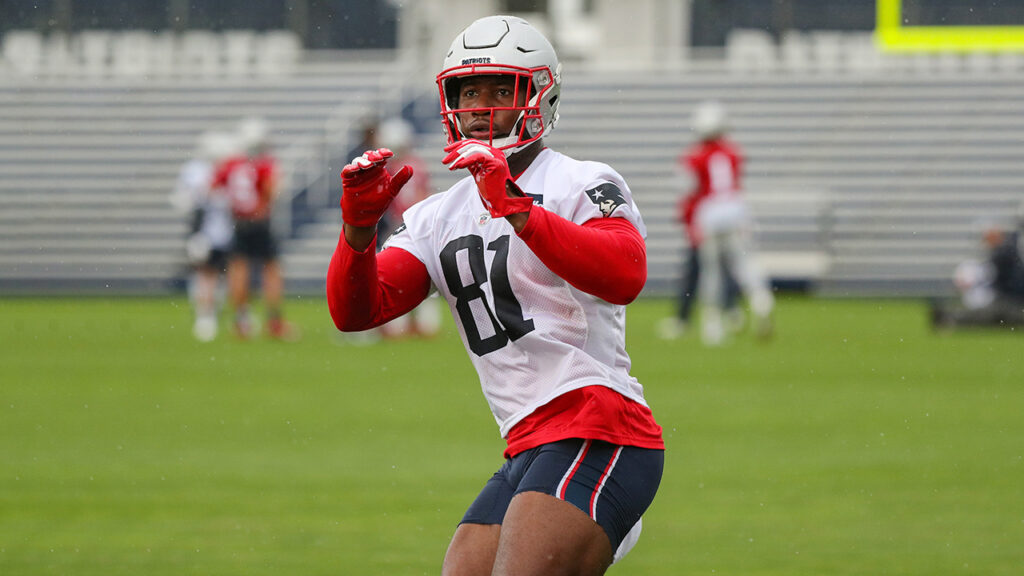 As soon as the Patriots made their first big splash in free agency by signing tight end Jonnu Smith to a four-year deal, you knew offensive coordinator Josh McDaniels was already in the lab.

Although there may be more consistent weapons in New England’s offensive arsenal, the new Pats tight end offers big plays through creativity and raw athleticism in the open field.

Smith is an excellent blocker from multiple alignments, a vertical threat between the numbers, a schemed ball carrier that leads all tight ends in YAC over expected since 2019, and had eight red-zone touchdowns in 2020; he’s a perfect fit and chess piece for McDaniels.

“He’s just a really good tight end,” Patriots head coach Bill Belichick said. “Can do a lot of things. Blocks well. Runs well. Is a good receiver. Played him at tailback, he looked pretty good back there. He’s a very athletic player. Hard to tackle. He’s great after the catch, probably the best [tight end] in the league [after the catch].”

On the one hand, Smith gives McDaniels a unique weapon who can manufacture chunk yardage and threaten in the red zone with rare skill as a ball carrier for a 6-foot-3, 248-pound tight end.

At his last stop in Tennessee, the Titans drew up screens and other schemed touches to get Smith the football in space, and he was highly effective with the ball in his hands.

As fun as those plays are to see, Smith can also win in a more traditional sense.

The play Brady talks about here is a play-action concept where the #Patriots typically pull the backside guard. They’ll either the TE on the seam or now without Gronk it’s become more the slot WR on an over/crosser. Unreal that play came from Peyton. pic.twitter.com/67xD1qjmGL

One of the staples of McDaniels’s offense dating back to the Tom Brady and Rob Gronkowski era of Patriots football is under-center play-action. Most notably, the Pats love a play they call “Charles Barkley” that Brady broke down in the clip above from the NFL100 special.

After sucking up the linebacker level with the play-action fake, the tight end bursts off the line into the vacated area and runs across the formation to daylight. In the play above, the Saints linebackers bite hard on the fake, and Smith gets a head of steam to take off after the catch.

Smith also shows the ability to run routes up the seams, which we know the Pats will feature prominently in their HOSS/Juke series.

In Smith, the Patriots have a tight end who can do everything in Josh McDaniels’s playbook.

New England is known for coveting versatility, and Smith’s ability to line up in multiple spots will allow McDaniels to blur the lines between formations and personnel groupings.

As an opposing defense, getting the right personnel on the field to match all the different possibilities will be a challenge every week, and Smith’s versatility makes all of that possible.