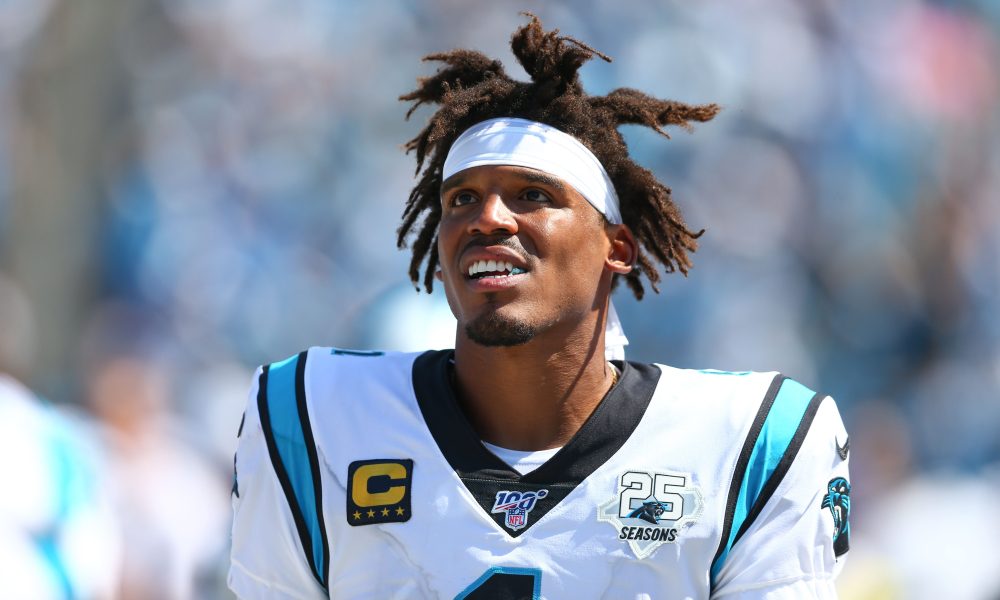 There are very few positions in sports, if any, that are more important than quarterback in the NFL.

Whether Cam Newton or Jarrett Stidham are in their primes or not, the Pats QBs carry the weight of the 2020 season on their shoulders.

Stephon Gilmore, Devin McCourty, or Julian Edelman are better representations of the leadership structure and are more recognizable faces in recent Patriots history.

But even in a down year for Newton in 2018 or Brady in 2019, the quarterback’s value heavily outweighs a position player; that’s just the nature of the sport.

For comparison, reigning Defensive Player of the Year Stephon Gilmore, who led all defensive players in Pro Football Focus’s WAR metric, added 0.55 wins above replacement in 2019.

Even in relatively down years for Newton and Brady over the last two seasons, they still impacted the game substantially more than even the best defender in football.

Back to New England’s quarterback battle, our exclusive partners at BetOnline.ag have Newton (-400) as the heavy favorite to start in Week 1, while Jarrett Stidham (+275) is still lingering.

There’s no doubt that Stidham’s rookie season was better than almost anyone expected after an up-and-down collegiate career at Auburn and Baylor.

The hit rate on fourth-round quarterbacks that were inconsistent college players is low. But Stidham showed promise with impressive tight-window throws, mental acumen, and confidence.

In the 2019 preseason, the Pats quarterback had an adjusted completion percentage of 78.5, bettering both Jimmy Garoppolo (67.1) and Jacoby Brissett (74.1) in their rookie preseasons.

Stidham also made five “big-time” throws and had an excellent 89.4 passing grade in clean pockets, according to Pro Football Focus, which are indicators of future success and potential.

However, there were negatives to Stidham’s rookie preseason too that sometimes get lost in the hype around the second-year QB.

Stidham tied for a league-high six turnover worthy plays with three giveaways and three other dropped interceptions that don’t show up on the box score. Plus, he wasn’t keeping the Pats offense on time, and retired offensive line coach Dante Scarnecchia hinted at potential growing pains.

Last August, Stidham took 2.77 seconds on average to release the ball, which would’ve been the second-slowest time among starting quarterbacks during the 2019 regular season. As a result of holding onto the ball too long, Stidham took nine sacks as well.

There’s a lot to like about the former Auburn and Baylor quarterback. Still, he has a ways to go with ball security and processing speed, limiting the scope of the offense to more of a game-management style at quarterback.

Newton is the far more seasoned and capable of running a diverse playbook that includes in-rhythm passing while still bringing elite rushing skills for a quarterback.

Although the former NFL MVP needs to stay healthy, he’s undeniably better than Stidham at this stage, earning an 81.4 passing grade before re-injuring his shoulder in 2018 (11th among quarterbacks).

Newton is a dangerous passer that got rid of the ball in 2.55 seconds on average two seasons ago, and had his most accurate season ever too, ranking ninth in completion percentage over expectation, according to Next Gen Stats.

Don't think arm strength/Cam's shoulder is a concern. He absolutely rips this far-hash throw (2019). Newton steps up in the pocket to avoid pressure, moves the boundary CB off the curl route at the bottom of the screen with his eyes in his drop, throws a laser. #Patriots pic.twitter.com/8GiZ9FH2EM

The 31-year-old still has a rocket arm capable of making downfield throws into tight windows that were his hallmark in his prime and does plenty of the little things as a quarterback.

Cam does a ton of the little things well as a passer. Most underrated part of his game is how he moves defenders with his eyes/pump fakes.

DJ Moore sits down behind LB who is in the passing lane. So Cam moves him with a subtle fake/look off & comes back to Moore. #Patriots pic.twitter.com/n1Z0n4rMxm

Newton has excellent instincts and play-making ability, manipulating defenders with his eyes and legs, holding off pressure in the pocket, and making leverage throws away from coverage.

Over the last two seasons, Newton ran an Erhardt-Perkins system that used similar passing concepts and verbiage as Josh McDaniels’s EP scheme in New England. The veteran quarterback had his highest completion percentage of his career and his lowest average depth of target under offensive coordinator Norv Turner. Turner made the passing offense more about intermediate throws rather than constant vertical shots and featured stud running back Christian McCaffrey as a pass-catching underneath weapon.

Snag-flat that he doesn't like at the top. Comes all the way to backside comeback. Eyes/feet moving through reads in unison. pic.twitter.com/qkDT1730j2

Newton routinely cycled through full-field reads and made throws based on post and split-safety coverages (middle of the field open versus closed), which are staples in New England.

Plus, his running ability changes the entire equation for the offense by adding an extra player for defenders to account for, giving the offense a distinct numbers advantage most of the time.

Great example of how just the threat of Cam as a runner can lead to big plays on the ground. #Bengals scrape exchange to defend zone read. Non-mobile QB, no. 59 is filling the B-gap to meet McCaffrey in the hole (🔊 on). #Patriots RBs should be pumped about Cam.

Here’s an audio breakdown on how just the threat of Newton taking off impacts how defenses defend him. The defense wants to have an unblocked defender in the box at all times, but Newton’s mobility occupies that extra defender and evens things up. For example, if the defense has eight defenders in the box against seven blockers, that would be advantage defense against a stationary QB. But that turns into eight on eight with Newton under center.

Even though Newton’s days of running the ball 100-plus times might be over, the threat of him taking off is extremely dangerous, and situationally, it could be a huge advantage.

Last season, the Patriots ranked 17th (65%) in success rate on short-yardage plays and were 22nd (42%) in the red zone, struggling to score at times inside the 20 (25th in overall red-zone efficiency).

In 2018, Newton converted 82 percent of carries on third and fourth down with a 56 percent success rate on red zone carries as one of the best short-yardage weapons in the NFL while Carolina was 12th in red-zone scoring efficiency.

Cam throwing a TD on probably his favorite concept. RPO with a power run, glance route to the single receiver side, slant/flat at the top. #Panthers were a big gap running team with Cam. Power, ISO, counter. LBs step up to play the run, Cam throws the glance route. #Patriots pic.twitter.com/Jgj2m0S0lc

Along with designed quarterback and read-option runs, the Pats can also use RPOs with a quarterback running threat that will be useful additions to the playbook.

As Newton said during a one-hour appearance on Odell Beckham Jr’s “The Bigger Picture,” Patriots offensive coordinator Josh McDaniels will have a chapter of his playbook that didn’t exist with Tom Brady or Jarrett Stidham under center.

Over the last decade, the three best rushing seasons based on DVOA featured mobile quarterbacks: the 12-win Seahawks with Russell Wilson (2014), the 14-win Ravens led by Lamar Jackson (2019) and the 2011 Panthers in Newton’s rookie season.

If the Patriots need to lean on their running game (and play-action attack), defense, and special teams to win games, the schematic advantages Newton offers give that formula a much better chance to succeed.

According to Football Outsiders, the Patriots offense was projected to finish outside the top 20 in DVOA with Stidham as the starter for the first time in the Belichick era. With Newton, the Pats’ projection improved to inside the top 15.

The onus is on Newton to stay healthy, which is no guarantee, but he gives the Patriots the best chance to win, and it would take something special for Stidham to beat him out in camp.