Who will win the 2022 NCAA Men's Basketball Tournament? 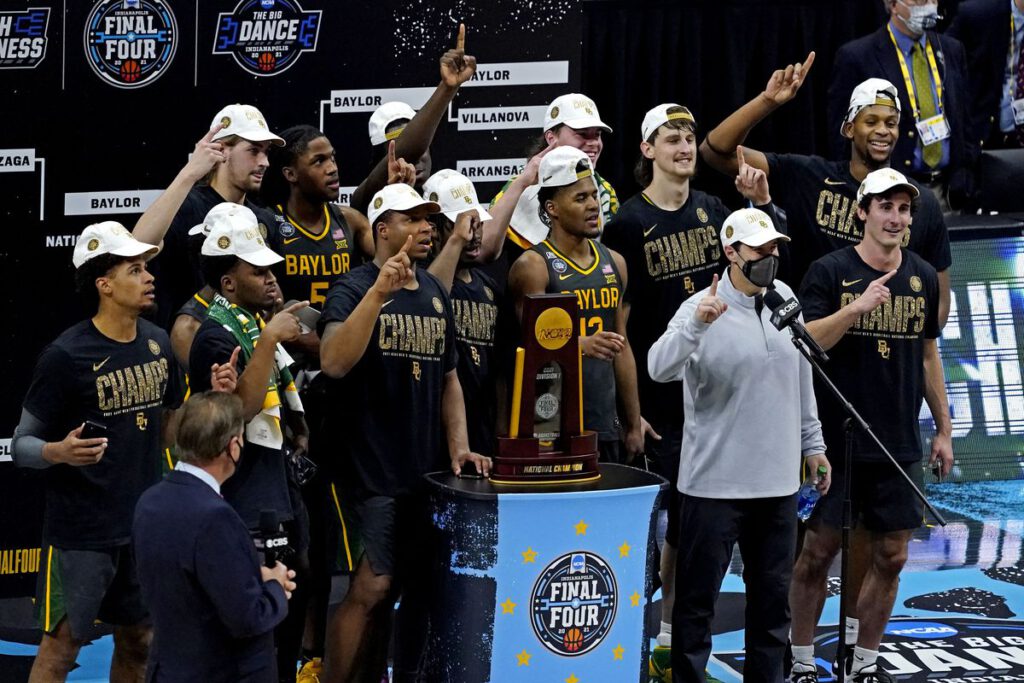 Ladies and gentlemen, it’s officially March – and in what has been the weirdest two years in modern history, it finally feels like we are getting back to a little bit of normalcy as we’re just two weeks away from Selection Sunday.

The field is truly wide open, and you can bet on who will win it all using BetOnline.ag. Here’s a list of their top ten to win the NCAA Tournament:

This past Saturday, the top SIX teams in the country lost. Like I said – wide open.

A historic day in college basketball

A majority of the top 25 are your common blue blood power houses, but others (Saint Mary’s, Murray State, Arkansas) are a surprise.

With that being said, no one has really separated themselves as the elite talent in the field, and it may be a crapshoot right up until the end, Here are my top five favorite bets to tournament:

Call me crazy, but Ed Cooley has something going down in Providence. They are the ninth ranked team in the country, and are coming off of a dominant home win against the Creighton Jays. Center Nate Watson has been an outstanding interior player for Providence, and is shooting 65% from the field in the team’s last four games.

They head to Villanova on Tuesday night to take on the 11th ranked Wildcats – a true test to see if Providence is for real in 2022. If they can get some momentum going heading into the Big East tournament, I wouldn’t be shocked to see the 24-3 Friars playing basketball into April.

Baylor shocked the world last season by beating down on the undefeated Gonzaga Bulldogs in the NCAA tournament final, and have kept that domination going into this season. The Bears are 24-5 and are currently the third ranked team in the country.

As they proved last year, they can compete with anybody. If they get a good pull in the tournament, Baylor can easily make the Final Four again and set themselves up to repeat as National Champions.

Kentucky has actually been a bit of a surprise this season. Although they currently have the second highest odds at +650 to win the tournament, this wasn’t always the case for John Calipari’s Wildcats. They opened the year at +1400, and junior forward Oscar Tshiebwe, who is the heavy favorite to win this season’s Wooden Award (-400 according to BetOnline.ag), wasn’t even on their board when the season began.

Tshiebwe has been the anchor for the Wildcats, averaging 16.9 points per game and 15.3 rebounds per game this season. He is the key to a successful Kentucky tournament run.

I’m always down on Duke when it comes to NCAA tournament time. They are constantly underperforming (according to their standards), and haven’t been to a Final Four since 2015.

That being said, this is Coach K’s last season in Durham, and he’s going to do everything in his power to go out on a high note. He has a program great in forward Paolo Banchero leading the way for his Blue Devils, and frankly it’ll be a bust if this team isn’t playing in the Final Four.

Gonzaga will forever be dominant under Mark Few – but can they finally get the championship monkey off of their back in 2022? Projected number one overall pick Chet Holmgren has been a godsend for the Bulldogs, and senior Drew Timme continues to dominate down low.

Playing in the WCC may be this team’s only true downfall, and it’s something that they need to get over. They have the talent to play against the elite in college basketball, and I think this is the year they finally get their ring.

I am sitting on a Gonzaga future at +550, so here’s to hoping this is actually their year.