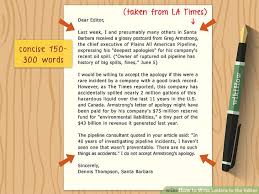 JEFF GOODMAN ON CLNS MEDIA? Wow! Congrats to Jeff, Nick, Larry, John, all you guys.  One would think the revolution would slow down but it won’t.  I thought Kayce Smith leaving NBC to go to Barstool was remarkable but this is earth-shattering.  Cable news, radio, and anything terrestrial is just about on its last breath.

Jared and Jess – I am a huge fan of [Red Sox Beat]. I think you both are really insightful, work so well together, and always make me laugh. Unfortunately though, I was utterly appalled by something you said on the [June 11] podcast. Last week and really all season, in singing the praises of Steven Wright, you have done nothing to acknowledge his arrest and suspension for domestic assault charges. This alone is serious enough to warrant and email from a fan. But I have to say that I was flabbergasted that when you finally did say something about it this week, you called it, “that domestic violence thing.” Domestic violence is not “a thing.” According to the National Coalition Against Domestic Violence (NCADV), on average, nearly 20 people per minute are physically abused by an intimate partner in the United States. During one year, this equates to more than 10 million women and men. And 1 in 4 women have been victims of severe physical violence by an intimate partner in their lifetime, which applies directly to Steven Wright’s case. The level of insensitively and tone-deafness that your throw away comment shows is just crazy to me, let alone anyone out there who has experienced a similar situation. I sincerely hope that this was “just” a careless and crass slip-up, and not how you and the CNAS team really feel about domestic violence perpetrators and their victims.  It would me so much to me – and all victims who are listening and fans of yours – if you could acknowledge this in your next podcast, and perhaps even provide the number and the website of NCADV. Their toll-free hotline is 1-800-799-7233 (SAFE) and their website is ncadv.org.

I know Spencer is working hard analyzing every statewide race, but please tell Emerson Polling to distribute a national poll in the near future.  I’d love to gauge the mood of the country during these tumultuous times!