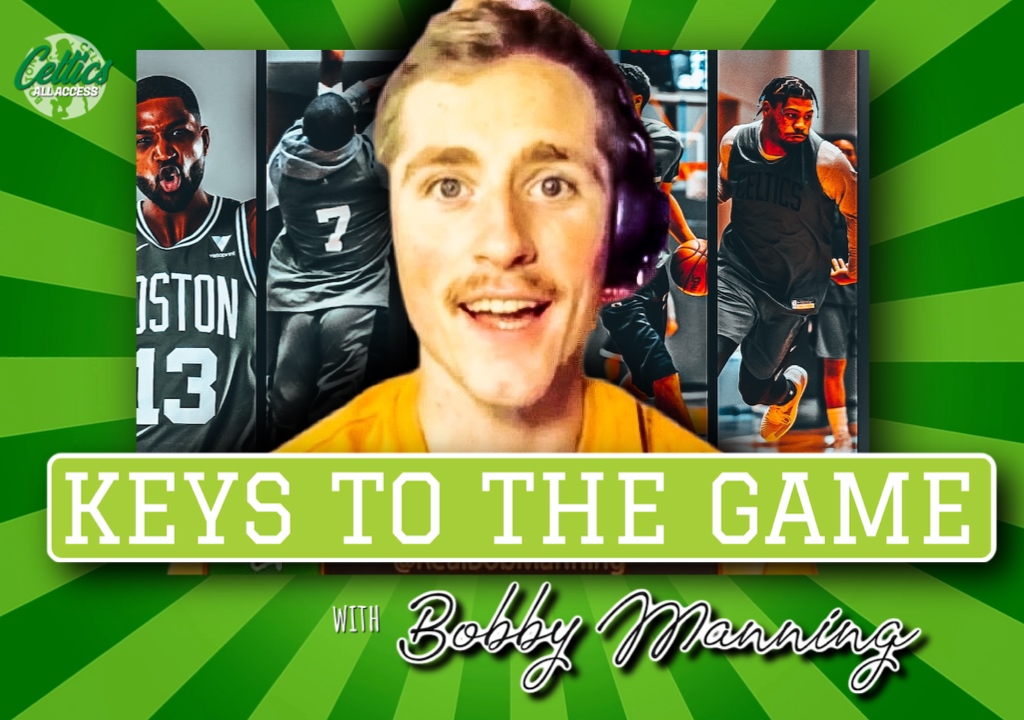 Daniel Theis has played exclusively center with the Celtics since joining the team in 2017, following a simple formula. He screens, rolls, sprints up the middle of the floor and hustles back to the rim in transition on defense.

That, among other things, is different in Boston to start 2021.

The Celtics started Theis at the wing position alongside Tristan Thompson in five of their six games. In that small sample size, only the Hornets and Magic have posted worst net ratings among their starting fives in groups that have logged at least 40 minutes. Boston’s starters posted a 94.4 offensive rating and 113.7 defensive rating (-19.4), and rotates into more “two big” groupings for the rest of the game.

“I’m seeing the game different,” Theis said. “I’ve got to see if Tristan’s down there. I got to go find my spot, play in the corner, be a spacer and cut more off the ball. Also on defense, it’s a different view for me, not being directly involved in the pick-and-roll, stopping the ball. I’ve got to see a lot of help side and keep my man as well … it’s a little adjustment.”

The shift away from three-wing basketball is part of both sustaining early season injuries and the glaring loss of Gordon Hayward. Danny Ainge said the Celtics were never married to “three wings,” despite the reliance on Jayson Tatum, Jaylen Brown and Hayward in recent seasons. Now, without Romeo Langford (wrist) and Javonte Green (health protocol), the team has four centers and three active wings. It’s a matter of availability.

As Grant Williams and Theis move to the perimeter, it throws them into more switching scenarios. Grant and Robert Williams both stepped up on Damontas Sabonis as he faked a handoff in the loss to Indiana and failed a switch as Sabonis turned the corner and scored the game-winning bucket.

“As the game went on, it felt like they were point switching, getting lazier,” Sabonis said. “Coach drew up a play where we could take advantage of that.”

There’s a blowout loss to the Nets and win over the Grizzlies causing noise here, but as the minutes pile up the Celtics fade further from their elite defensive grouping of one year ago. Strong personnel remain, including strong individual efforts from Marcus Smart and Jayson Tatum on Friday against Detroit. They should at least help Boston be better.

The “two big” lineup can’t be entirely to blame, only logging 11 minutes per game to begin each half. Green’s loss legitimately hurts and most of the NBA is struggling on that end. The Celtics, missing Kemba Walker and Hayward, need to lean on steady defense more than most teams and theirs is instead a hindrance to great starts from Tatum, Brown and Smart on offense.

The Celtics have broken into smaller lineups and still struggled. Seven of their other most-used lineups only feature one big man and four have posted net negative minutes, though six of them have fared better than the starters.

Robert Williams III emerged as an analytics darling through the team’s opening stretch, playing center in Boston’s two most successful lineups with volume. One, with the starters and Jeff Teague, is posting a +69.2 in 10 minutes. The other, with Payton Pritchard, Jeff Teague, Semi Ojeleye and Tatum is +39 in 10 minutes.

The Celtics outscore opponents by 16.4 points per 100 possessions with Williams III on the floor. Grant Williams, largely playing the wing with no center minutes available, has posted a -15.6 net rating.

Stevens is in a tough spot with this roster. Every lineup begs for a better fifth man, as Friday’s closing group did with Grant missed two open threes in crunch time. An enticing combination of Pritchard, Brown, Tatum, Smart and Williams III dispersed when Rob hurt his knee to begin the fourth quarter. Green shined with Tatum and Brown against Indiana before being left behind in the NBA’s health protocol.

Every lineup opportunity the team grasps eludes them, and Boston’s reliable pieces are struggling while compensating for what’s missing. Theis’ scoring, efficiency and rebounding is down to start 2021.

“I thought Detroit’s size gave us some fits,” “With some of the lineups they roll out, they’re physical, they’re long, they’re athletic, they’re active. So certainly a guy like Javonte, there would be matchups they would be able to add value in for sure. But he’s not on the trip either, so I don’t know the timeline for him being back.”