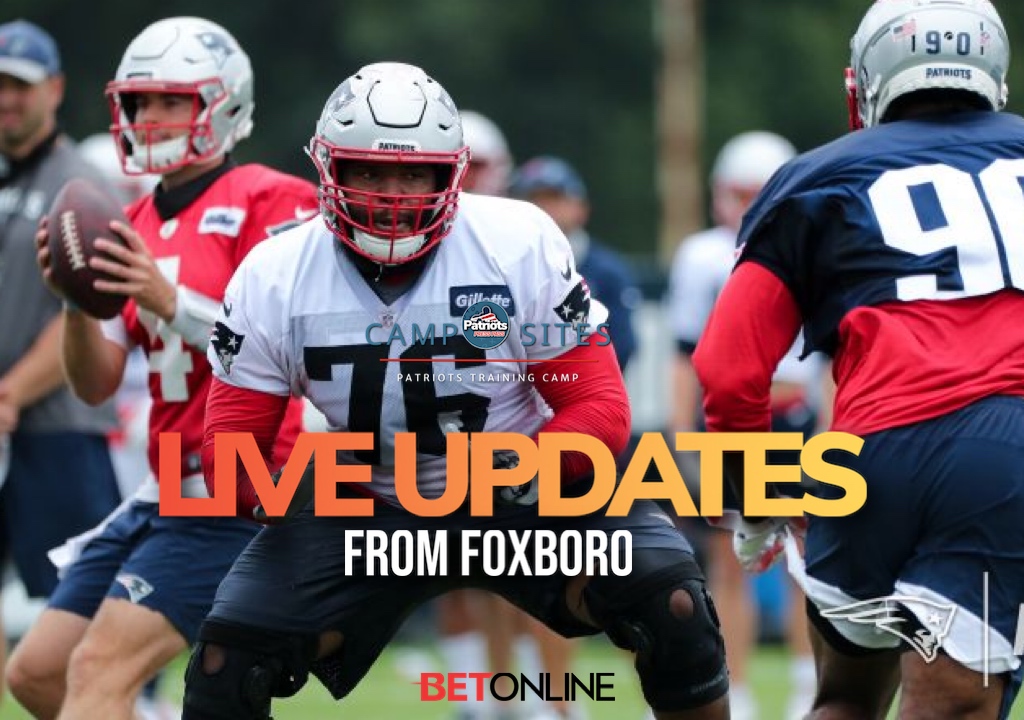 FOXBORO — Patriots Training Camp officially opened to the media on Monday. A small group of reporters were given access to watch the Patriots practice including CLNS Media’s Evan Lazar. We will update you throughout the day…

We are back at Gillette Stadium for the first day of padded practices for the #Patriots. Be sure to follow @ezlazar for updates.

Bill Belichick addressed the media this morning. He talked about the team’s intense and rigorous Covid precautions. FULL transcript here.

Belichick applauding the players for following protocol to avoid any players ending up on the COVID-19 list. He said they've made "several modifications" to protocols based on player feedback. #Patriots

UPDATE: Sony Michel, Lamar Miller and UDFA WR Jeff Thomas were not present at practice. Michel and Miller are starting camp on the PUP list.

Beau Allen, one of the no. 52s (either Copeland or Jennings), Sony Michel, and Lamar Miller not spotted either. #Patriots https://t.co/MZlFRURkwt

The team’s top 3 quarterbacks all rotated snaps with Brian Hoyer taking the first snaps followed by Jarrett Stidham then Cam Newton. Only sense we could make of this is its based on time spent in the Patriots system with Hoyer having the most experience. Cam Newton is still expected to be the starter.

Hoyer was involved in arguably the play of the day, hitting Devin Ross for a 50 yard bomb with second year cornerback JoJuan Williams in coverage. The Patriots drafted Williams him in the second round of the 2019 NFL Draft but he barely saw the field last season.

At first glance Stidham appeared to be the sharpest of the 3 quarterbacks on day 1.

Best play of the day so far was a 50-yard deep ball from Hoyer to Devin Ross on Joejuan Williams. #Patriots

Practice has wrapped up with players set to do interviews now. More observations throughout the day..