Logano Wins at Bristol as Cup Series Returns to Dirt 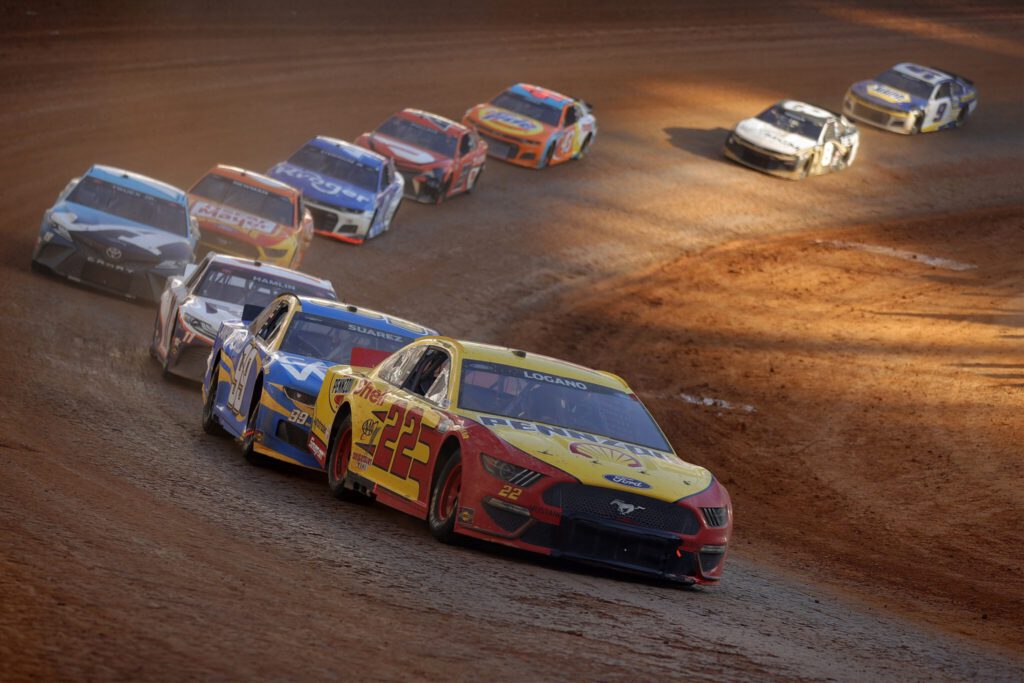 Logano took the lead in the second stage and held on over the final stage to win the first dirt race for the Cup Series in over 50 years.

Logano said he’s put in a lot of work in the past few weeks to better prepare himself to race on dirt.

“We did a lot of work in the dirt department here the last few weeks,” Logano said.  “Just making laps and learning where I was going, and a lot of that helped.”

Logano held off Denny Hamlin over the final stage as the two drivers fought their way through lapped traffic.  Logano pulled out ahead on the final restart when Hamlin’s car didn’t stick on the high side headed into Turn 1.

Logano said he had to change his driving style to hold Hamlin off over the final run.

“Denny and I had a heck of a race because he found grip up top,” Logano said.  “I don’t know how to do that, so I had to go up there and figure it out.  Defended the lead position and then eventually just worked the lapped cars.”

Hamlin said the track lost grip before the final restart and he couldn’t hang with Logano on the high side.

“They didn’t prep it in between cautions like they did before,” Hamlin said.  “I thought I could just…run the top in hard.  It was just marbles up there.”

“Thought I had a shot there; cut the 22 [of Logano] too many breaks there when he was cutting us off.  We’re third-best again.”