Look No Further: Trey Flowers is the Elite Defensive End the Patriots Need 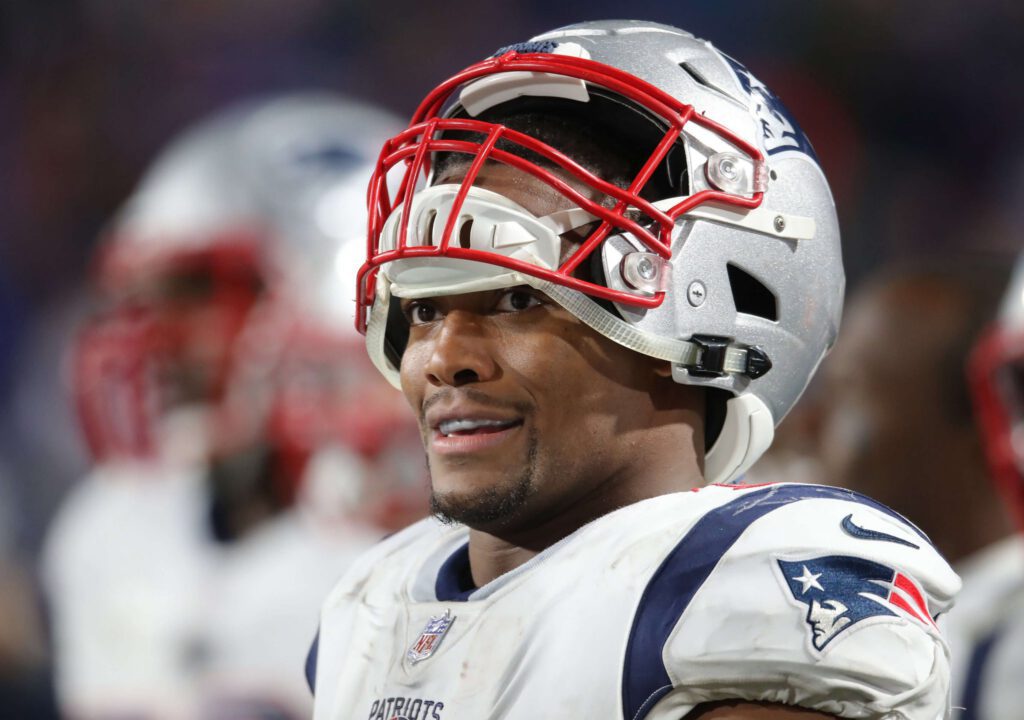 FOXBOROUGH — Over the last few seasons, the narrative has been that the Patriots lack an “elite” defensive end in their front seven.

And it’s been at or near the top of everyone’s offseason needs for New England since they shipped Pro Bowler Chandler Jones to the Arizona Cardinals in 2016.

Well, look no further, Patriots defensive end Trey Flowers has solidified himself as one of the league’s best players at his position this season.

The highest graded edge defenders in the NFL through the first eight weeks of the season. pic.twitter.com/BfiKRleCmx

The Patriots’ fourth-round pick in 2015 has come into his own, grading out as Pro Football Focus’ top edge defender through the first eight weeks of the season.

Despite all the chatter, the Patriots star doesn’t care about the criticisms from the outside saying, “no, we aren’t paying attention to the noise. We understand what we got in here and a lot of guys working hard. Just doing what we can to win.”

Flowers’ teammates and coaches understand the type of player that he is and how valuable the former Arkansas star is to the Patriots defense.

“Trey is one of the most hardworking and consistent players I’ve ever been around,” Patriots defensive line coach Brendan Daly said. ”There are very few times that you’re going to turn on the game or practice for that matter and you look at it going, ‘what happened? What is doing?’ Very rarely is he going to be in a bad situation.”

“I think it’s very noticeable when he’s not out there for us,” Patriots safety Devin McCourty added. “He’s just one of those guys that I think when he’s not in our defense, we really lose a lot.”

Flowers has developed into a terrific two-way player, ranking third among edge defenders in run stop percentage (15.2) and has 26 total pressures this season to lead the team.

The Arkansas product has also beaten his blocker 18 times without recording a pressure which is the kind of unluckiness that should improve in the second half of the season.

But the 6-2, 265-pound defensive lineman knows that he doesn’t have the ideal measurables to win consistently with raw physical traits.

As a result, Flowers relies on technique and fundamentals to beat blockers saying, “it’s one of the things I take pride in just being able to control what I can control. When you don’t have all the measurables and things like that you gotta rely on your technique, rely on your fundamentals.”

“You look across the league, offensive linemen at least outweigh me by about 50 pounds so just being able to be technique and fundamentally sound is an advantage for me, and that’s why I take pride in it.”

Flowers’ technique is flawless as he plays with terrific pad level, hand usage, and balance to combine with the physical abilities he does have to torment opposing offensive linemen.

“His overall playing strength, technique, and quickness, and athleticism on the edge, on the end of the line – he does a good job with all of that,” said head coach Bill Belichick.

One of Flowers’ go-to moves as a pass rusher and run defender is to jump inside a blocker at the snap.

Flowers continuously finds his way into the backfield using his quickness and impeccable timing to bounce inside.

“You go into the week understanding the technique the offensive linemen are giving you. If you’re able to jump inside or he’s giving you the inside understanding that as well as the feel for the game,” Flowers said when asked how he executes these types of moves. “If you’re beating him one way, beating him one way you come in the other way. That’s kind of a little chess match out there flashing one thing and doing another.”

The next step for Flowers is converting his high-pressure rate as a pass rusher into a higher sack rate.

This season, Flowers only has three sacks, and 20 of his 26 total pressures are quarterback hurries, but the Pats defensive end will take any disruption he can get.

“You want the sacks, but as I said, you’re in the NFL guys are going to make some great plays. They’re getting paid to make great plays, so any time you can get back there and rattle them a little bit or affect them in any way possible that’s the overall goal,” he said.

Although Flowers is playing at an All-Pro level for the Patriots this season, the bad news is that the 25-year-old is in the last year of his rookie contract, meaning he’ll be a free agent next offseason.

If he continues to play at this level, the fourth-year pro will demand a lucrative salary on the open market, but he isn’t thinking about any of that as the Patriots prepare for Aaron Rodgers and the Green Bay Packers.

“Nah, nah, nah. I haven’t even thought about that. I’m getting ready for Green Bay.”

The Patriots will have to pay up to keep Flowers around beyond this season, but based on the reactions of his teammates and coaches, he seems like the perfect Patriot; a fourth-round pick turned star with a tremendous work ethic and understanding of the game.

If the Pats aren’t able to keep him around, they’ll be searching for a top-flight defensive end once again.