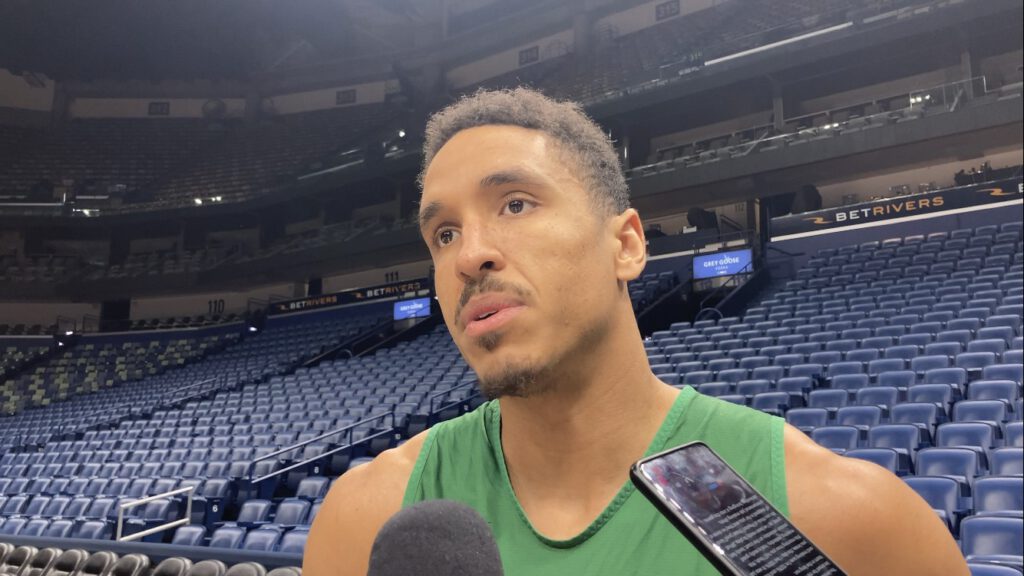 NEW ORLEANS — After missing the previous four games, Malcolm Brogdon will return to the floor for the Celtics when they take on the New Orleans Pelicans Friday night at the Smoothie King Center.

Brogdon, who’s been on Boston’s injury report due to tightness in his right hamstring, says he’s been feeling good since the Celtics landed in New Orleans this week. And, despite feeling closer to 100% before heading to the Bayou, Brogdon told reporters after team shootaround Friday morning that he was in no rush to make a return, considering we’re only one month into the regular season.

The veteran guard says he’s been feeling great since Thursday.

“This morning and yesterday, we had a really good session yesterday on the court,” Brogdon added. “Body felt great, so I’m good to play.”

Brogdon, who last played in the first half of the Celtics’ 128-112 win against the Detroit Pistons, was unable to finish the game due to tightness in his hamstring before watching his teammates take care of business in his absence, rattling off five consecutive victories and with a 12-3 record, are now the best team in the NBA.

Malcolm has never been a part of a team quite like the Celtics. He’s impressed by how well the starting lineup’s excelled this season and gushed over how versatile his teammates are on both ends of the floor.

“It’s totally different. This is the first team I’ve been on in my career where one through five, they’re basically all playing the same positions. Everybody’s interchangeable; everybody can screen, everybody’s got handle, sometimes the guards are in the post, and then they’re guarding one through five is interchangeable. That’s the versatility and strength of this team.”

With an opportunity to extend their winning streak to nine straight, the Celtics will face the Pelicans Friday night before wrapping up their three-game road trip against the Bulls in Chicago the following Monday.