Manning: Celtics Beat Pacers but Did Not Flip the Switch 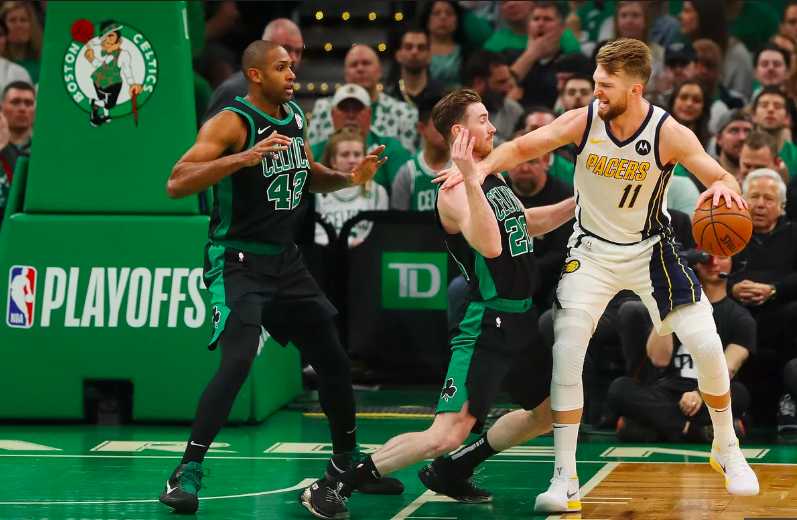 Marcus Morris saved the Celtics from an insurmountable first-half deficit. He hit three bailout shots when nobody else could muster two. The C’s dropped behind by eight in the first quarter. Gordon Hayward got involved on the wing, while Jayson Tatum and Jaylen Brown fell by the wayside until late. The offense played disjointed and shot 36%. Aron Baynes got hit where it hurts, more of the same.

Game 1, in many ways, reflected the entire Celtics season. Boston blitzed the Pacers for one quarter through a streaky showing that only resulted in a 10-point win over a team that’s 10-15 since the all-star break. With a discernible skill advantage while Victor Oladipo sits out, the C’s had to pull the game into the mud to reach an acceptable result.

“I didn’t think we played great at the start of either half,” Brad Stevens said. “But I didn’t think we were bad. I thought we guarded and tried to do the right things. I thought that we had some offensive possessions that could’ve been better, but that was the whole game.”

The Celtics played hard and avoided defeat on Sunday. That lukewarm result saved them from disaster. It did not revitalize any championship aspirations, especially as the top-seeded Bucks opened the postseason with a 35-point shellacking over the Pistons.

Kyrie Irving clamped Wes Matthews and Tyreke Evans in the corner on separate occasions to knock the ball loose. Morris dove to Worcester to grab a loose ball and free throws late in the first. Jaylen Brown held Bojan Bogdanovic to one field goal in 31 possessions.

Hustle emerged from the win and the style through which the Celtics won certainly paid great tribute to the missing Marcus Smart. But Indiana’s showing proved the Boston, somehow, garnered the biggest break in the conference in spite of their record. Indiana second-half mark was the worst of any playoff team.

Stevens said that he thought Indy missed some good looks through the second half. The Pacers started 2-for-23 from the field, with one of those makes a goaltending call. Their turnovers outpaced their scoring late into the third and that allowed the C’s to win the only quarter that they did all afternoon.

Al Horford emerged to look like himself after a slow first half, grabbing rebounds through Myles Turner and securing points out of the post. Terry Rozier and Brown combined to shoot 1-for-11 in Smart’s minutes. Irving hit two crucial threes and swung the ball around to integrate the rest of the team. He said they’re still getting a feel after Smart’s injury.

That new starting lineup posted a 70 offensive rating in 11 minutes, and still scored a net positive rating. Brown and Rozier’s five minutes together resulted in a -63 rating.

Boston didn’t score a point for nearly four minutes to close the game and Indiana never drew close. The Celtics played with intensity in the postseason. Beyond that, the team did not flip much of a switch from what they looked like in the regular season.