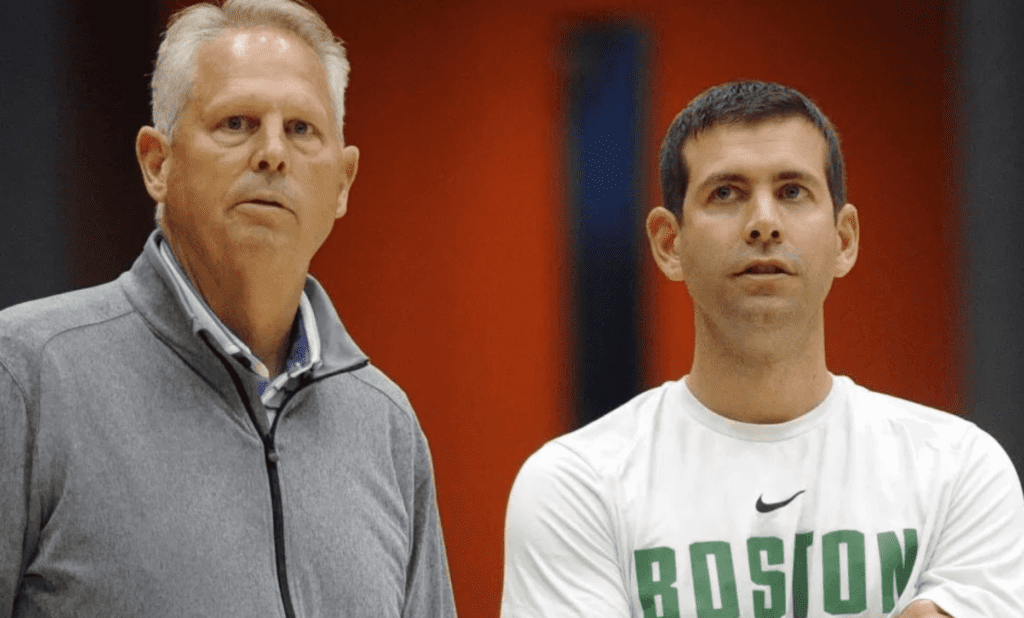 As the optimists note, the Celtics begrudgingly move forward with four all-star caliber starters and a trio of quality centers when healthy. The youth continued to excel Wednesday night, with Romeo Langford starting and Grant Williams closing a win over a playoff team. Boston won its eighth game over the last nine, as two players trade seats on the bench in street clothes each night.

That’s the only trading the Celtics did this week.

Danny Ainge made no moves at the 2020 Trade Deadline. This marks five years without one, a streak only the Hornets and Spurs currently top. While the Celtics didn’t urgently need anything and know their nine-man rotation when healthy, this was a perfect opportunity to consolidate their assets. No move is better than a forced move. Still, Boston cannot make any moves in the buyout market, summer or at the draft without moving pieces that could become less valuable now. Their roster is full at 17.

The Celtics own a top-six protected Memphis first-rounder that will surely convey with the Grizzlies at 26-25. The Bucks pick they received in the Aron Baynes trade will essentially convey as a second-rounder, 30th overall. Their own first round pick sits at 26th.

Ainge could use those later as a package to move up in the 2020 draft. Along with a general consensus this year’s class is weaker, the Celtics already have six rookies on their roster and haven’t successfully traded up in the first round since 2013 for Kelly Olynyk. If Gordon Hayward and Enes Kanter opt into their player options, the C’s don’t have enough roster spots for three first-round picks.

Trades aren’t easy to finalize and not every situation is comparable. For example, it’s not certain that Boston could’ve acquired Glenn Robinson III and Alec Burks for the same price Philadelphia did — three second-rounders. Cleveland acquired Andre Drummond for cheap only because they had the contracts to match easily, unlike Boston.

So it’s difficult to criticize Ainge for not “beating” other deals. Other teams also know the Celtics need to consolidate, and rightfully would not move its top-five rotation players, so that gave Ainge less leverage.

That’s what’s frustrating about a deadline where at least 40 players changed hands. It’s still worthwhile to push for something, as contention is not inevitable and odds indicate maybe one or two of Boston’s young players reach the regular rotation long-term.

Now, if the Celtics want to get involved in the buyout market, they’ll need to release a player and eat money immediately or over several years. They already did that with Demetrius Jackson and Guerschon Yabusele recently, and Keith Smith reported they did not want to in talks with Golden State.

Told Boston was in on Alec Burks and Glenn Robinson III, but Golden State would not take take any salary back. Boston wasn't willing to waive players who have guaranteed money extending into next season. Lack of roster spots is working against the Celtics a little right now.

David Aldridge reported the Cavaliers will not buy out Tristan Thompson. Davis Bertans will stay in Washington, as will Nemanja Bjelica with the Kings. The Celtics could only have a chance at Isaiah Thomas and Evan Turner, insurance options for injuries.

Miami and Philadelphia both made moves to improve. Indiana returns Victor Oladipo soon and the Bucks truly did not need one as a team on pace for 64 wins. Brad Stevens said the Celtics would only make a move if it’d improve them, and that’s never guaranteed. Jordan Crawford did not help the 2012-13 Celtics and we still quibble over the Jeff Green addition two years prior. Ainge prefers the summer and that’s largely worked.

He also admitted what we know. This team is extraordinarily young and each injury pulls a rookie or second-year player into the regular rotation. None of them have approached their potential. That’s not ideal for a team with as good of a top-four rotation as any other in basketball.

Remembering the Life and Legacy of Bill Russell