Manning: Celtics Must Test Romeo Langford with Gordon Hayward Out 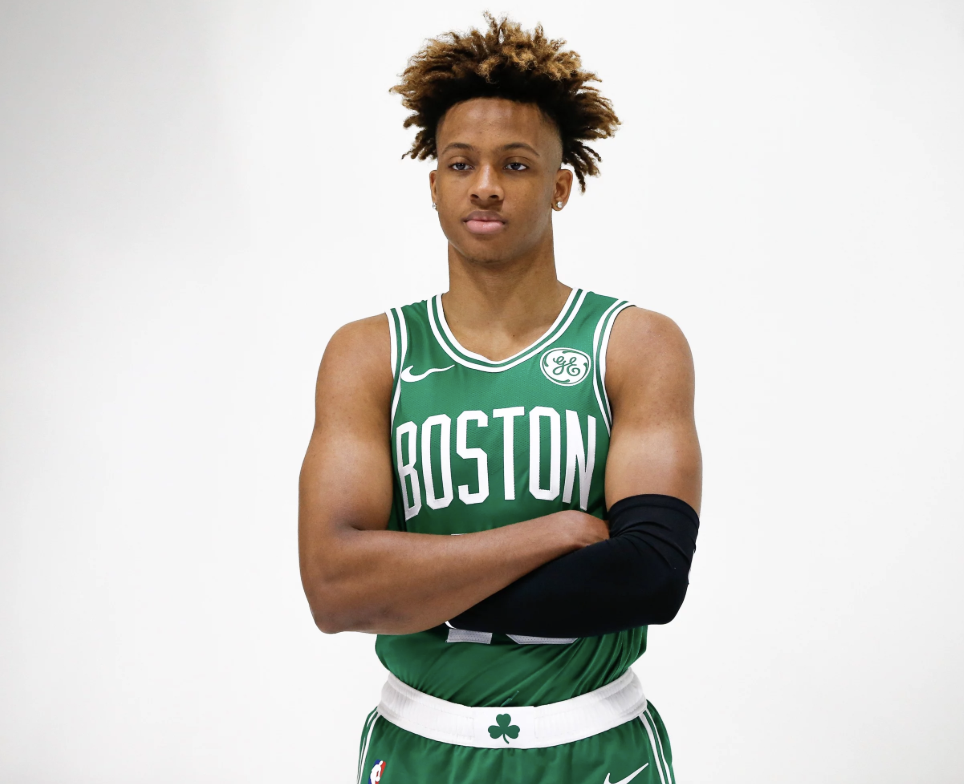 Romeo Langford is shooting with a ping-pong paddle taped to his left hand. pic.twitter.com/o2GyJFkQzd

The Celtics rookie figures to prominently fill the minutes gap left when Gordon Hayward broke his hand on Saturday. Moments after the Celtics’ seventh straight win, fans turned to Twitch to watch Langford soar to 27 points on 10-for-15 shooting, with a pair of threes, five rebounds, two assists and six blocks at Delaware. Langford can physically play, it’s less clear if Boston feels comfortable enough to deploy him after recalling him for Monday.

Marcus Smart will slide into the starting lineup for the foreseeable future. A hand specialist will determine if Hayward needs surgery, which could sideline him for roughly one month. Hayward became the center of Boston’s penetration, passing on the drive and consistent shooting from all three levels through a 7-1 start. While the starters grapple with who alleviates pressure from Kemba Walker, the bench will try to rotate in scoring. Jayson Tatum, Walker and Hayward provided most of Boston’s scoring until the injury.

Ojeleye started the year as Stevens’ first choice. He shot 2-for-8 and played less than 10 minutes in each of Boston’s past three games. The springy Javonte Green, who won the Celtics’ final roster spot, earned heavy run late in blowout wins over the Hornets and Spurs. He converted 8-of-14 attempts around the rim, scoring 18 points in 26 minutes.

Neither Green (0-for-3 this season) nor Langford provide the spacing Hayward could. Replicating, even flashing a shade, of the level Hayward played at early this season won’t be possible for Stevens. He may even opt to turn toward more traditional two-big lineups, with Daniel Theis and Grant Williams playing the four. Especially when they play a big team like Dallas.

Otherwise, Langford needs a shot. Draft picks, particularly mid-first rounders, aren’t selected for overnight production. It’d still be a disappointment for Danny Ainge’s first pick to not be able to fill minutes when a wing injury occurs. Langford seemingly fills what Boston needs in rotation: ball-handling, a flash of pick-and-roll prowess and points.

Langford spent an awkward year at Indiana, suffering a thumb injury that impacted an already-questionable shot. He left high school among the top prospects in his class, then fell to Boston’s range in the first round. That potential sat with Danny Ainge, as Boston narrowly missed flourishing Heat rookie Tyler Herro at 13. Langford recovered from thumb surgery during the summer, then suffered a groin injury before the preseason.

The Celtics also notably tinkered with his shooting form. It’s unclear if he adjustments made Boston hesitant to throw him into action while Williams and Carsen Edwards received run. With Hayward out, it will become apparent.

Boston’s quick recalling of him lends hope ahead of the Mavericks game tonight. Stevens rarely leaves experimental cards on the table, as we saw with Green these past few nights. There’s a good chance we see Langford play for the first time.