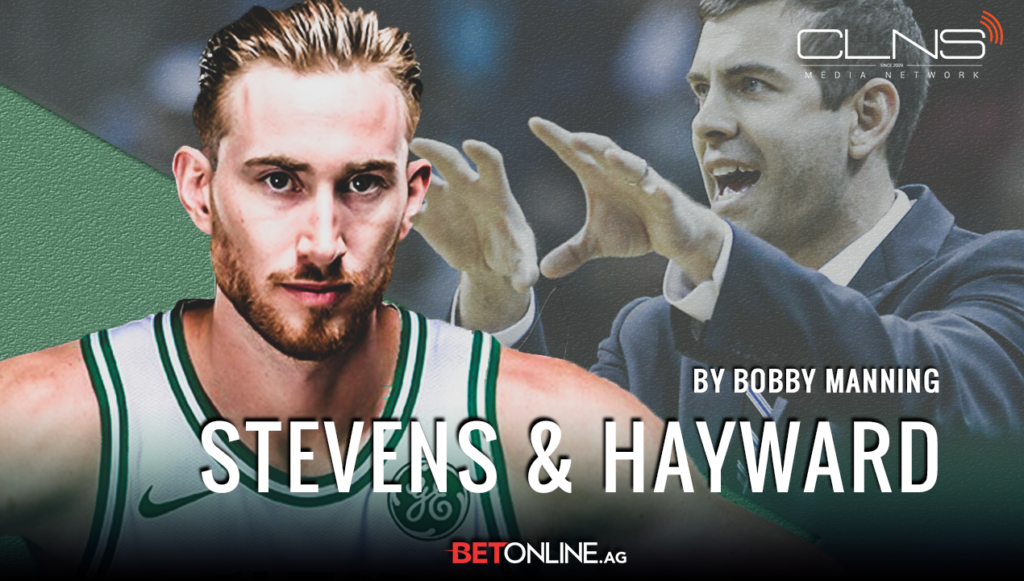 Brad Stevens is not Gordon Hayward’s dad. Prominent fathers that have coached their sons have given less preferential treatment than some accuse Stevens of funneling Hayward last year.

Critics are highlighting any possible points of contention that led to the Celtics’ demise. Hayward’s injury could only hold them off for so long. The notion from March that Stevens favored Hayward last season is emerging again. It’s being blamed in part for the spiral of events that will reportedly end with Kyrie Irving and Al Horford’s departure.

Because Stevens picked up Hayward from the airport?

Stevens deserves blame for last season’s debacle that cost Boston its rebuild. That criticism should be grounded though. There’s no truth that he funneled excessive or unjust opportunity to Hayward.

The media peppered Hayward with questions about his relationship with Stevens from Butler when he arrived. Many concluded that’s the reason the All-Star Forward came to the Celtics and it made him uneasy immediately.

“The relationship between Brad and I has been completely overstated and overhyped from everybody,” Hayward said on Adrian Wojnarowski’s podcast in 2017. He continued later, “I played for Brad for two years. And so it wasn’t like everybody kind of made it seem, like we were besties or something.”

That Stevens and Hayward, accomplished professionals, would shed their ambitions to form a bromance in Boston was ridiculous. Especially with championship stakes on the line.

The Celtics needed Hayward to succeed for Boston to contend for a title. Any coach would have recognized that regardless of their personal history with the player. Stevens and the organization should have taken a slower approach in retrospect. That doesn’t mean bias urged him to reunite 2017-18’s opening lineup. He realized that and Marcus Morris was inserted into the starting lineup for the rest of the season.

Hayward started 15 games right away. In that time Irving, Jayson Tatum, Marcus Morris, Jaylen Brown and Al Horford all posted larger usage rates than him. Terry Rozier received more touches and over one more minute on the ball per game. Tatum matched him for ball time in the opening month. He took the same percentage of shots as Horford, tying him for sixth on the team.

If there was any case for special treatment, it was during that first month and the stats don’t show that to be true. Those figures carried through the year and into the playoffs, where Hayward got fewer than four more touches per game than Rozier. Rozier’s struggles through the entire season did not lose him playing time either.

This is not to knock the reporting of Jackie MacMullan, perhaps the greatest to ever do this. Celtics players could have believed Stevens was favoring Hayward as blame for the 10-10 stat. That misnomer could have caused tensions that carried for the rest of the season. If any Celtics thought that, it proves the locker room was as delusional and toxic as anyone imagined.

It would make sense. Rozier stirred the pot on favoritism in his ESPN appearance. He also said the Celtics would venture from game plans. Internal resistance to Stevens’ system could have coincided with the thought that it was geared toward Hayward. Stevens’ offense, egalitarian in spreading shots, was also blamed for not force-feeding Tatum in Game 7 against the Cavaliers. Which criticism carries more weight?

Stevens is only to blame for not dispelling that myth though even that could have failed. The tune-out may have reached beyond his control, or was unspoken. If a team that evenly distributed shots outside of Irving thought that Hayward was getting propped up, it shows just how irrational they were.