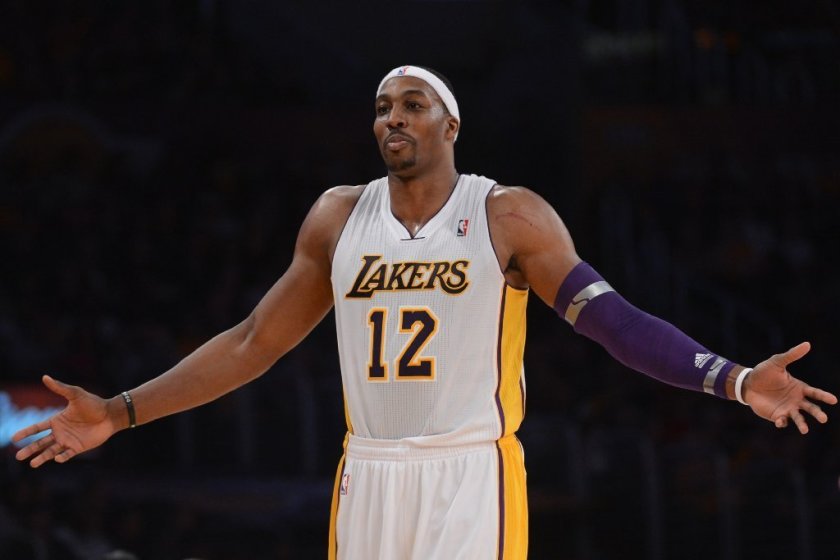 Few teams enter their seasons sporting as many caveats as these Los Angeles Lakers. Especially after they signed Dwight Howard on Friday. Not even the all-goofy Lakers had to warn an incoming player last year (that we know of).

LA loaned its center role to Dwight as they enter extreme win-now mode. Anthony Davis is signed for one season and does not want to play center. He can hold that over the team. LeBron James, 34, will begin the home stretch of his career with two season left on his deal.

Howard returns to Lakers having infamously eaten 24 candy bars per day in the past, before landing on six teams in the past four seasons. He appeared on one of the most infamous SI covers in his first LA stint. The butt of many jokes in NBA circles missed last season with an injured butt.

I won’t harp on blasting Howard. Injuries and addiction heightened maturity issues many of the greats toiled with early on. He continued to produce on the stat sheet with no sustainability beneath him until last season. This is a Lakers problem.

The Lakers are rigged to explode, and Howard lays among the smaller mines in that locker room. LA “warned” him before completing the non-guaranteed deal that he could be let go if he disrupts the team. Then what? Would it be on to Joakim Noah or Marcin Gortat?

Any number of things could implode independent of Dwight. Frank Vogel will coach with Jason Kidd looming behind him. LA traded its ability to improve for the foreseeable future by overpaying for Davis. After going all-in on Kawhi Leonard, most of the supporting cast from last season’s debacle returned.

Howard came to meet Lakers after dropping 25 pounds; showed his back was healthy. Lakers want him to protect rim/rebound in limited role. There was sense Howard realized he hit "rock bottom" and had been humbled. Still they'll judge him on actions, not words. He's been warned.

LeBron is already prepared to assume the load of full-time point guard play if Alex Caruso can’t rise to the occasion. Even though James clocked his fewest games-played in a year since 2010, it still upped his odometer to 46,235 minutes — 17th all-time.

All this occurred while LA had as much cap space to work with as anyone. The money funneled to Danny Green after Leonard hoodwinked the Lakers and landed across the hall. Green scored less than 10 points in 17 of the Raptors’ 24 games on the way to the title. He dropped 0 in four of them.

The defining difference with these Lakers, versus last year’s bumbling ensemble, is the arrival of one of the greatest big men in NBA history. Davis will solve most of LA’s problems with his incredible lob-catching, powerful rebounding and elite defense. LeBron and him can score 70 alone some nights.

Even Davis has his drawbacks. Like James, he can shoot the three, but plays better when others are spacing to allow him to penetrate inside. He’s played fewer than 70 games in five of his seven seasons with knee ailments. Despite his individual dominance, his teams were never playoff shoe-ins in the competitive west.

James and Davis form one of the most powerful tandems in NBA history if they’re healthy. Their consistent 25.0+ points per game, with Davis’ ability to transform a defense should press LA comfortably into the playoffs.

That’s a low floor, and teams with championship aspirations need to mesh in the room. They need role shooters. Mike Millers and Shaun Livingstons and Fred Van Vleets need to reach a level where they receive Finals MVP votes. Sustainability matters.

Other west teams like the Rockets, Clippers and the Warriors have that. James and Davis may be the best in this new era of tandem stars. It’s harder to imagine Howard, Bradley, Green, or Rondo tilting a playoff game in the year 2020.