The double big lineup between Al Horford and Robert Williams has complicated the Celtics' rotations and hasn't helped. It's time for it to go. 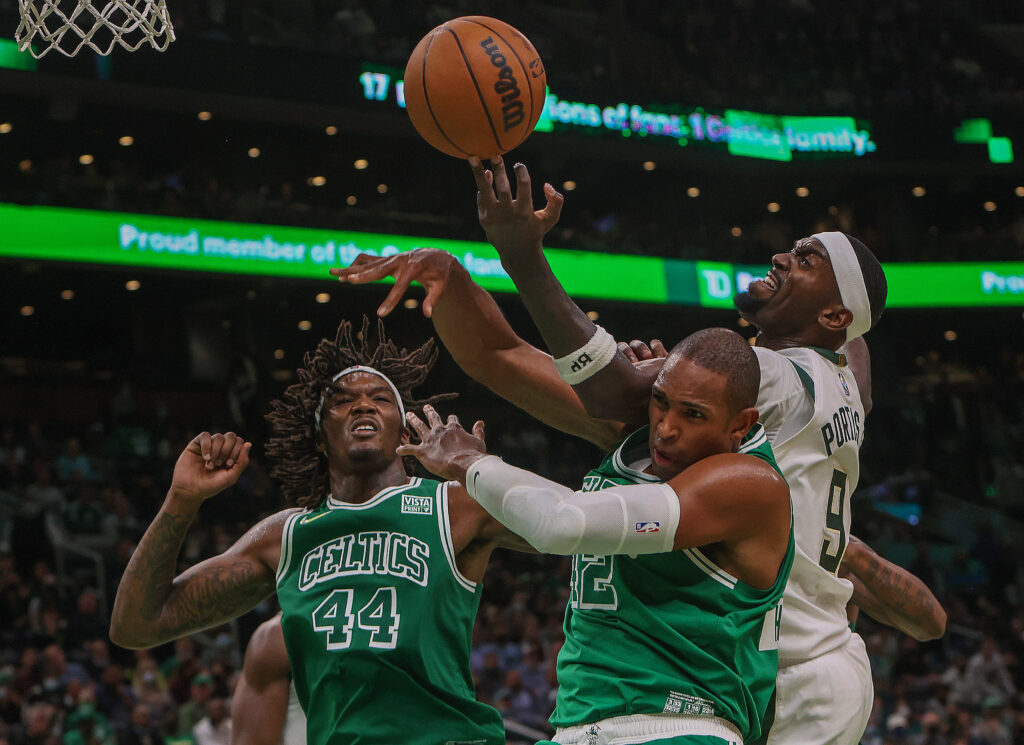 Ime Udoka found something early in the Celtics’ loss to the Clippers. Romeo Langford and the Celtics bench competed and helped establish an early lead, 28-24, after the first quarter. Langford drove hard to the rim, got rejected and ripped the ball back from Isaiah Hartenstein to score through a foul. Langford also stopped Eric Bledsoe and stripped Marcus Morris driving in the lane, before hitting a layup driving from the left corner.

A similar three-guard lineup closed the game, the one Udoka courted late against Utah, as Marcus Smart and Jayson Tatum pushed the Celtics back to within a possession late after trailing by nine. The Clippers escaped, 114-111, attacking Horford on the perimeter for key baskets down the stretch.

Horford had played the entire fourth quarter after Williams III struggled immensely, Horford posting team-best +11 minutes and starting again next to his fellow big man. Udoka hoped to rely on Horford less during this west coast road trip. Instead, he’s being utilized as often as ever, since Williams III regressed back to fouling, getting boxed out on offense, and playing sloppy on offense, with poor positional defense. Williams III was a combined -37 in the two LA games.

“(Horford)’s ok,” Udoka said before Friday’s Utah game. “He’s had some soreness at times, but he’s known when guys are out, he’s stepped it up and played heavier minutes. It’s not ideal, we don’t want him to be the guy that’s taking on the brunt of the minutes with Rob out. Enes has been there doing a great job as well. We’ve done it kind of tag-team wise, and any chance we can to scale (Horford)’s minutes down and have him in less lengths out there I think will be good for him going forward.”

The Celtics continue to start Horford and Williams III together, forcing one of them into an extra rotation when  the other sits and allows the bench wing in. Last night, that was Grant checking in for Horford. Boston only runs double big to begin the first and second halves, making it a relatively minor part of the rotation. With that in mind, what are the Celtics actually gaining from it?

Boston has started games poorly at numerous points this season, and despite the opening night starting unit with Jaylen Brown building a +21.5 net rating, the Dennis Schröder version of double big now has a -13.6 net rating.

With Boston awaiting Brown’s return to 100% status, there’ll be more time to manage rotations without him and change is overdue after a 13-13 start. Udoka tried to replicate his former rotation without Brown instead of experimenting, and it’s now been a month.

Horford and Williams, as a two-man duo, have had their lineups outscored by 41.5 points per 100 possessions during the west coast trip (90.8 OR, 132.3 DR). Horford and Grant Williams, by comparison, posted a +30. There’s little advantage to starting double big, especially as Horford continues to struggle from three. Few teams start two centers and it limits the minutes other wings can play, while also complicating the center rotation.

Udoka started Grant when Horford and Williams missed time recently, and his shooting splits as a starter are intriguing (50/40/90 shooting). He can accentuate Tatum, though his switching and defensive versatility probably trail Horford’s. It’s still technically a double big lineup.

Richardson provided some of the most intriguing offensive minutes since Brown went down playing next to Schröder and Smart, posting a 130 offensive rating in 13 minutes on this trip. He’s now shooting 46.4% FG, 35.4% from three and makes plays. That lineup bombed defensively against Utah and the Clippers though, Horford faltering on late switches and calling into question his ability to sustain into the late stages of 30-minute efforts. Boston makes him do everything.

The hope in splitting up Horford and Williams III would be accomplishing something closer to a 50-50 split, about 24 minutes each, maybe tilting in one’s direction if they’re a better matchup. It would open more minutes for Langford early in games with the regulars, and pockets for Aaron Nesmith and Payton Pritchard, potentially, if they can sneak in some productive moments next to Williams III.

Not only have fans begged for inclusion and development of the youth, but the Celtics have played most fluidly in recent seasons in wing-heavy lineups. Those units boast the most playmaking, shooting and switching prowess Boston can muster.

In other words — playing Richardson, Langford and eventually Nesmith in rotation with Boston’s regulars allows the Celtics to become who they want to.

That’s not just from an aesthetic perspective. Giving Langford the chance to mesh consistently and play off Tatum could help both players. Quietly, Langford is shooting 41.7% from three and holding opponents to 38.5% FG. He’s been good across the perimeter following Tatum and Smart’s drive-and-kicks and there’s some playmaking for himself and others that hasn’t been unlocked due to his health. When he’s been available, he’s probably been underutilized, since he’s played well in moments like Wednesday’s game.

“With us, with the guys that don’t get consistent minutes, there’s not too much practicing now, just because the season’s started,” Langford told CLNS Media last month. “But when we do come to together as a team, just always being professional, always showing up and going out there and running through plays, running through drills as if we are going to play. That’s the best thing and almost only thing you can really do during this point in this season, because it’s not like training camp where we have practice and we’re going live  … it’s just now about being professional, and just coming into work, showing you’re engaged and you know what’s so when he does call on you, whenever that is, you’re ready.”

Richardson closely models Brown’s style, if you want to go in that direction to sustain talent level and sustain toward what Boston will look like when Boston returns. Then a robust second unit featuring Schröder, Richardson, Grant and Robert Williams is possible when that time comes.

Lapses throughout the flow of games point toward rotational issues. The second quarter against the Clippers, fourth quarter closing stretch in Utah and those middle units in the Lakers game.

“We just need to bring that effort and intensity,” Udoka said. “That’s my job to get them going from the start of the game. We didn’t love the effort yesterday at times, the lack of physicality and to come out and play (that) second quarter is disappointing for sure.”