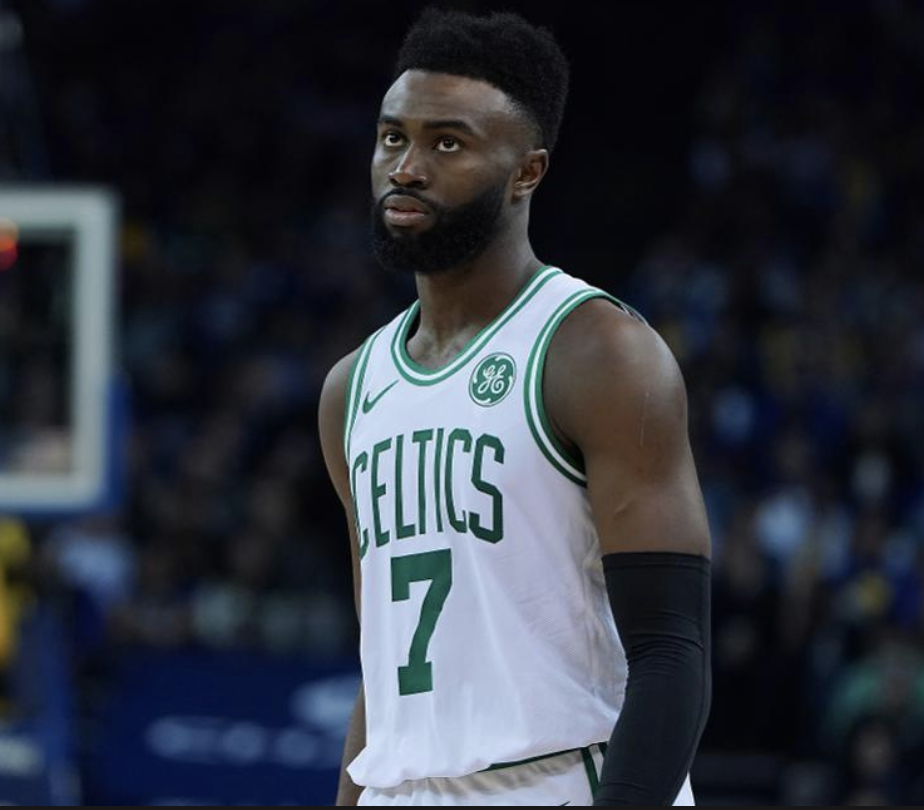 Jaylen Brown’s long term future with the Celtics got murkier on Wednesday following a report from Sean Deveney that the Celtics will “probably not” extend Brown prior to the October 21 deadline.

This sets the tone for Monday’s media day in advance — and the entire season. Brown will receive questions about his reaction, the Celtics will be asked why they won’t.

That’s not a knock on those asking. It’s the job. The team should know it’s coming, because it just happened with Kyrie Irving.

Sports is riveting and always feeds fresh moments. There are also predictable cycles. Many teams have exercised their leverage of time to win a negotiation with a player they intend to keep anyway. Those players often don’t appreciate that. It happened last summer with Marcus Smart. Now the Celtics will send Brown to free agency in hopes of scoring a discount.

“Discount” means less than the max, to be fair. Brown now surprisingly enters the 2020 summer as one of its top free agents. Draymond Green and Eric Bledsoe received extensions. Few teams have cap space, and they won’t be throwing dollars at Demar DeRozan, Andre Drummond and Mike Conley.

The Hawks need to supplement their young talent and Atlanta Brown’s home. The Raptors could push the Celtics, knowing they’ll match anything. Brown’s camp can reasonably project receiving an offer that at least approaches max money.

Boston looks smart if Brown tanks or gets injured, though neither help them. They have a player who could grow into a star, and the first contract Boston negotiates establishes the second negotiation. If the Celtics press Brown now, bad feelings could linger to years ahead when he reaches his peak.

If the Celtics don’t believe that moment will come, they would have traded him. As an expiring contract, Brown will lose much of his value he held in previous summers. They’ve declared him part of their future core by keeping him.

Let’s be clear. Brown has not earned max money. His dribble remains sloppy. His scoring rises and falls game-to-game. His defense doesn’t reach the potential of his physique. He also led an East Finals run and is clearly a starting NBA player who routinely scored 20 points off the bench. Contract extensions project more growth. They don’t evaluate past success.

KG taught us anything is possible. That doesn’t hold here. This process probably ends with the Celtics signing Brown after he receives an offer sheet. They may save a few million bucks, but the league knows that’s their goal.

If they let him go, Boston won’t have a top-five pick for the foreseeable future (unless Grizzlies pick soars). They can’t acquire significant cap space due to Kemba Walker, Gordon Hayward and Jayson Tatum. Kemba’s arrival makes a restart unlikely.

Even if the Celtics swingman stays exactly the same, the market will still look to push its competitors. Would saving a few million bucks be worth inciting Brown? He already commented publicly about Boston’s stagnancy in negotiations.

The past season taught us that lame duck years can hang over a team. Everyone is a free agent all the time now due to trade requests. There’s even an example (Hayward) on the team of a restricted free agency gone wrong. Utah’s would not offer him big money before the Hornets forced them and that stuck with him.

This story will follow Brown until next July in a similar fashion.