Marcus Smart and Al Horford returned and helped the Celtics blow out the Heat in Game 2 to tie the east finals heading back to Boston. 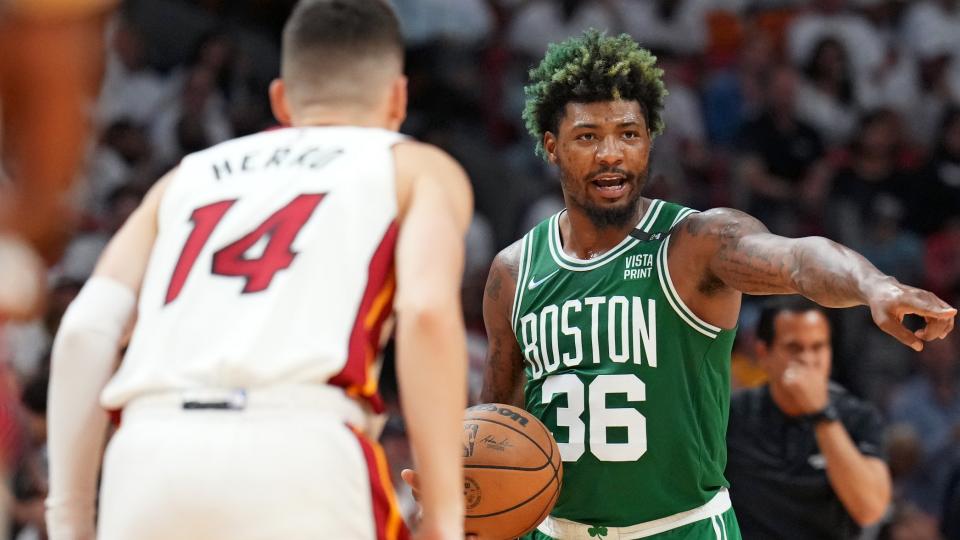 MIAMI — Marcus Smart played 40 minutes, scoring 24 points, grabbing 9 rebounds and dishing 12 assists alongside 3 steals in the Celtics’ 127-102 win over the Heat in Game 2. It marked his first action since spraining his foot four days ago in Game 7 against the Bucks. Al Horford joined him after missing Boston’s Game 1 loss, returning from COVID protocol to shut down the Heat’s offense with Smart, only allowing five baskets in their individual matchups. The Celtics led by as many as 34 points following a 37-10 run through the middle of the game.

Bobby Manning and Josue Pavon reacted to the blowout in Miami.