Marcus Smart Fed Up with Officials, Following 116-103 Loss to Pistons 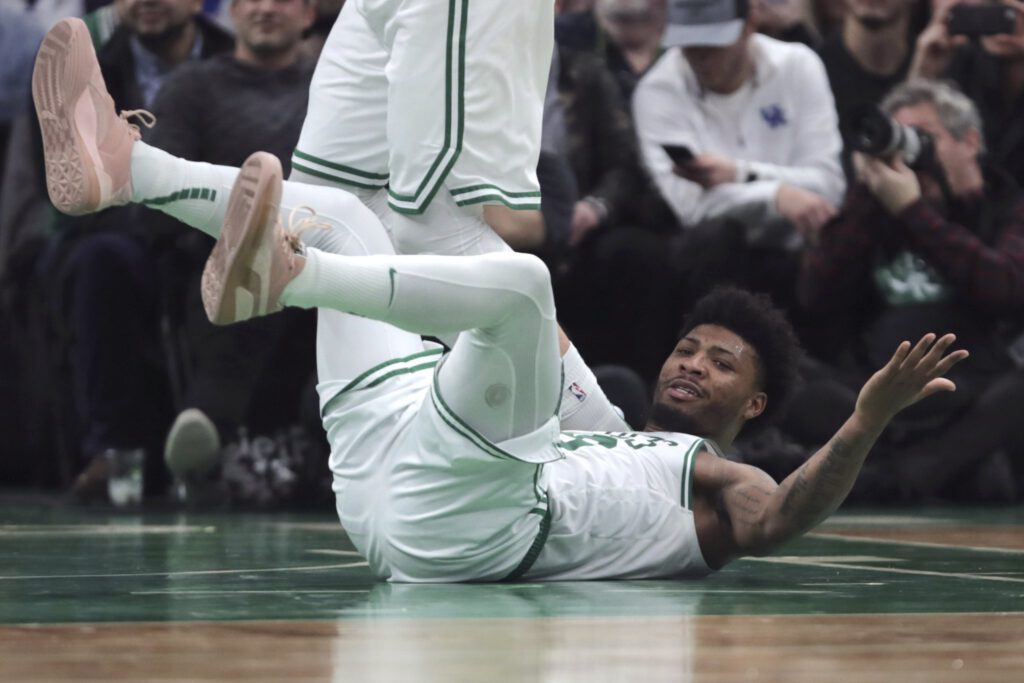 Less than one hour removed from the final buzzer of Wednesday night’s 116-103 loss to the Pistons, Marcus Smart stood at the end of a tunnel gazing towards the direction of the parquet at TD Garden.

Smart, who picked up his second technical foul with 2:23 left to play, stared down the same tunnel he walked through after shamelessly pulling off his jersey, receiving high fives and calling it a night. It was almost as if Smart was reliving the moment in his head.

While he was in the shower, the Pistons were putting the finishing touches on their most impressive win of the season. Although the game was out of reach — Celtics trailed the Pistons by 15 at the time — NBA official Pat Fraher’s call to end Smart’s night still felt a bit harsh and unwarranted.

It happened when Smart contested a personal foul called after he battled through a screen set by Pistons center Andre Drummond to free up backup guard Derrick Rose; Smart’s assignment. He expressed his frustration with Rose and Drummond to Fraher for a moment before making his way towards the Celtics bench, but instead, was forced to leave.

According to Smart, he felt targeted.

I had a chance to talk to #Celtics guard Marcus Smart after the game.He told me that the only thing he said to referee Pat Fraher was that Derrick Rose kept throwing his hip into Smart’s body.

Smart said without warning, Fraher slapped him with his second technical foul (1/2)

Smart feels like this has been an ongoing battle. It has gotten to the point that he feels like referees are driven to slap him with a technical foul quicker than other players due to his track record of earning technical fouls and passionate style of play. Smart, who picked up his fifth and sixth technical foul of the season Wednesday night, says he plans to have the most recent tech rescinded.

Smart was visibly upset.He added that he plans to reach out to the NBA to have the technical foul rescinded.

Smart also added, he plans on bringing this energy to Milwaukee for tomorrow’s game against #Bucks
(2/2)

Smart’s first technical foul, that came less than two minutes — at the 4:12 mark — after the first, ultimately influenced the second, according to Smart. The Celtics’ flight to Milwaukee took off hours after Wednesday’s loss, Smart says he plans to take his frustration from the Pistons loss out on the court against the Bucks.