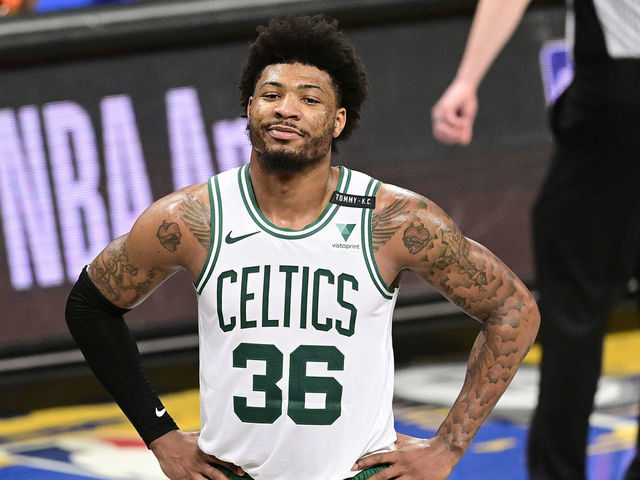 The Boston Celtics suspended guard Marcus Smart for Friday’s preseason finale in Miami against the Heat because he missed the team’s flight to Florida for Wednesday night’s game against Orlando.

Marcus Smart spoke to the media after Thursday afternoon’s practice in Miami.

“We’re going to keep that in-house,” Smart said i. “It’s over and done with. We’re excited for the game at MSG, though.”

CLNS Celtics Reporter Bobby Manning reports on the Celtics decision to suspend Smart and what it means for the team.