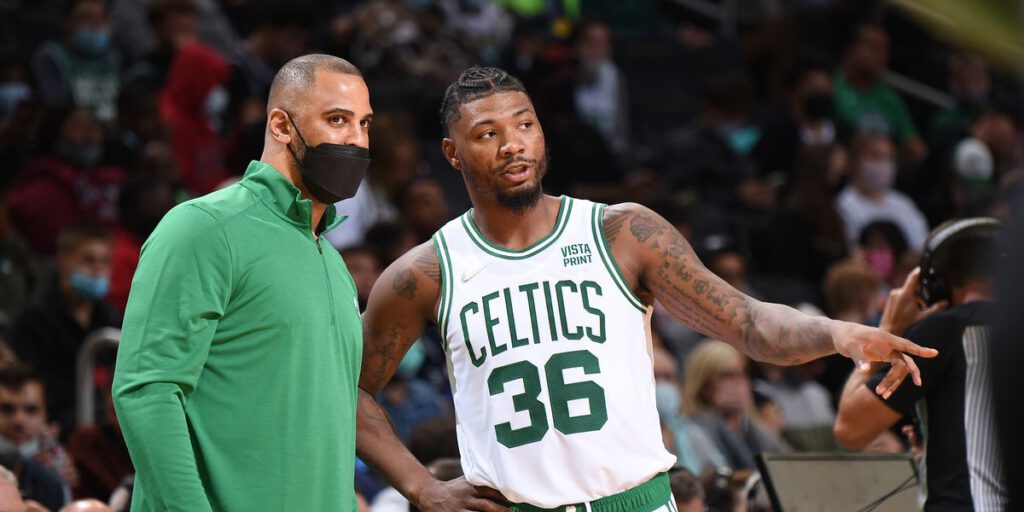 MIAMI, FL — Celtics Head Coach Ime Udoka, Marcus Smart & Robert Williams III spoke to the media after team practice in Miami ahead of their Friday matchup with the Miami Heat. Smart was suspended by the team for reportedly missing the flight to Orlando as reported by Adrian Wojnarowski.

Ime Udoka said the rule Smart broke was implemented by him and that “We talked about it from day one.”

Marcus Smart was asked about Friday’s suspension: “That’s between me and the team. We’re handling that in-house.”

Robert Williams echoed the same sentiment that the Celtics plan to keep the Smart siutation “in-house”.

The CLNS Media Network is Powered by BetOnline.ag & Insa Cannabis

Visit BetOnline.Ag and Use Promo Code: CLNS50 for a 50% Welcome Bonus On Your First Deposit!

Visit Insa Dispensaries at their various Massachusetts Locations or Call 877-500-INSA. Locations are in Salem, East Hampton, and two Springfield locations, including just off I-91 beside the MGM casino. Visit insa.com!