Marcus Smart to Return Vs. Bulls, But Still Isn’t 100% Healthy

Marcus Smart will be back in the Celtics' starting lineup but will his right ankle be an ongoing concern throughout the season? 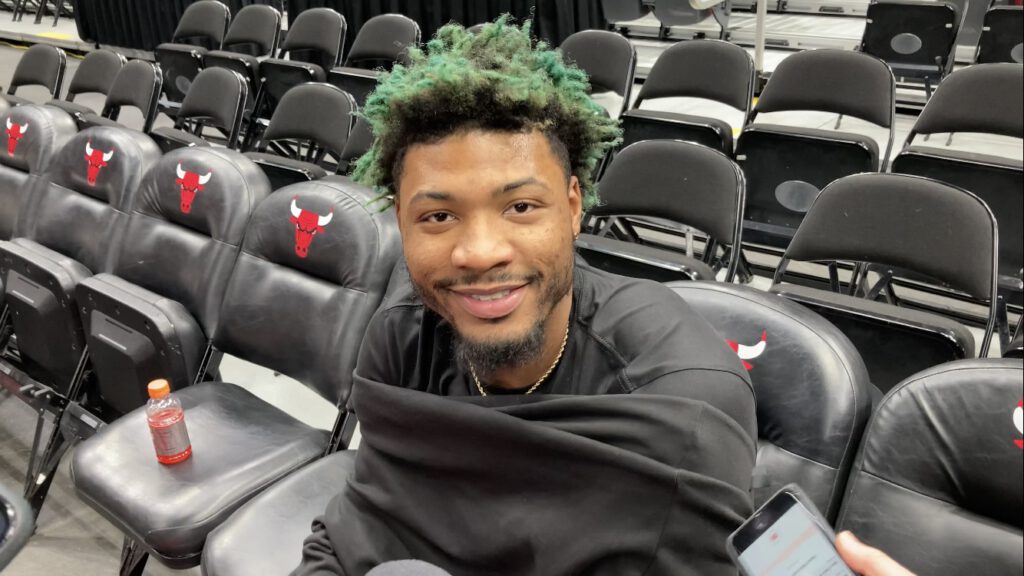 CHICAGO — After missing the previous two games, Marcus Smart will return to the Celtics’ starting lineup for their matchup against the Chicago Bulls on Monday. However, the reigning Defensive Player of the Year isn’t entirely out of the woods quite yet.

Speaking with the media briefly after Boston’s morning shootaround, Smart says the swelling in his right ankle has gone down significantly — which is an encouraging sign. But, his progress remains ongoing as Marcus revealed that while this is the first time he’s missed games this season, it certainly won’t be the last.

“Not to the extent where I’m just missing mad games (but) I definitely think they’ll be times when I’ll miss a game or two because of it,” Smart said. “But, nothing too crazy. Just like I was telling the guys, if this was the playoffs, I obviously would have played. But there’s no need to go ahead and chance it. We’re doing great. Just (have to) continue to get the rest. So I can be healthy later down the stretch.”

According to Marcus, the Celtics are already ruling out a potential surgery.

“We’ve already done the MRIs, and they’ve all said the same thing: no surgery needed. It’s just a really bad bone bruise,” Smart revealed. “And then, on top of that, no rest from when the actual injury happened to constantly putting more trauma on it. So, it’s just a matter of time to when I can actually sit down and stay off my feet, but right now, that’s just not going to happen.”

Extending their win streak without their starting point guard, the Celtics are improving on defense, where they held the Atlanta Hawks to 101 points in Smart’s absence last week. At the same time, their offense — which is currently ranked the NBA’s best, per Teamrankings.com — remains scorching hot, scoring a combined 243 points in their last two victories.

Marcus Smart & Celtics wrapping up shootaround in preparation for tonight’s game vs Chicago. He’s back pic.twitter.com/CrU1l7qw81

So, what changed over the past week that’s increased fluidity within the offense?

“We’re making quicker decisions,” Smart replied. “We’re taking the first great option that the defense gives us. It’s big with Jaylen (Brown) and Jayson (Tatum); just been talking with them. You get it. You’re not going to have much time. Everybody’s focused on you, so when you get that little window to do what you’re supposed to do, you just do it. And then, make the right play after that, and I think that’s been key; drawing so much attention but making the right play, and it’s forcing everybody else to make the right play, and that’s a trickle effect down.”

With Smart back in the fold, the Celtics will look to extend their win streak to ten.