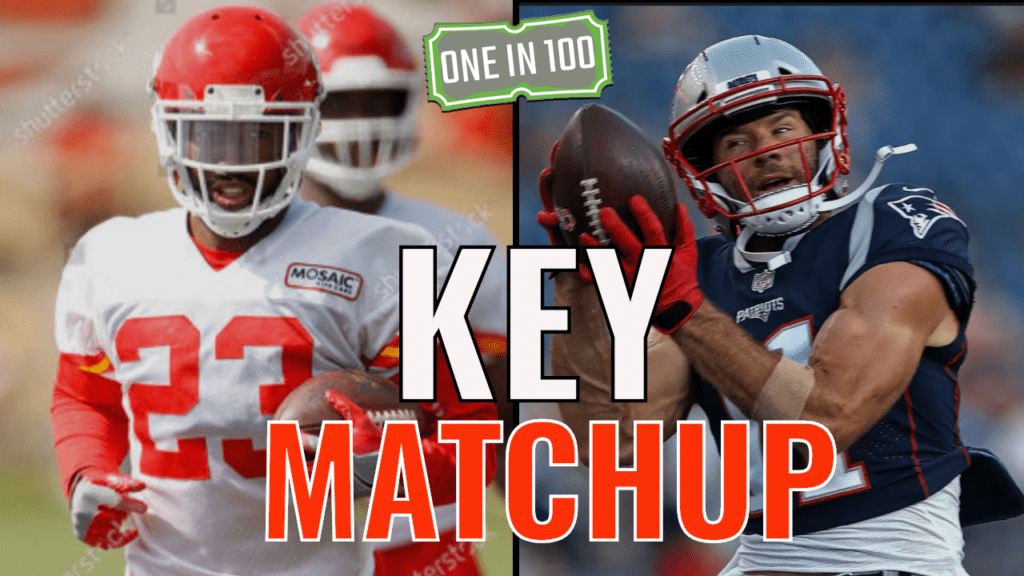 There will be plenty of time to talk about the Kansas City Chiefs offense this week, but when the Patriots have the ball, there’s a strength on strength matchup worth noting.

In January, the Chiefs traded Pro Bowl quarterback Alex Smith to the Washington Redskins, and in exchange for Smith, along with a 2018 third-round pick, the Chiefs acquired cornerback Kendall Fuller.

Fuller was lost in the shuffle of the blockbuster deal with the narrative centered around Smith and Patrick Mahomes, but now in his third NFL season, the cornerback has developed into one of the best slot defenders in the NFL.

“He’s done a good job for them, has good length, covers well, has some versatility, is an instinctive player,” Patriots head coach Bill Belichick said of Fuller on his conference call Tuesday. “He’s young, but he has experience and really plays a couple of different positions for them, which is good, and plays them well.”

This season, Fuller has played 187 coverage snaps in the slot, which leads the NFL, and sets up a matchup with Patriots wide receiver Julian Edelman on Sunday night.

Last season, in Washington, Fuller also led the NFL in slot coverage snaps (430), and his 55.0 passer rating in coverage paced the league among slot corners (min. 50 percent of snaps in the slot).

As for Edelman, in his return against the Colts last Thursday night, the Patriots’ receiver ran 65.8 percent of his routes out of the slot and caught five passes for 47 yards from inside the numbers.

Fuller has taken a step back this season as he adjusts to a new system with the Chiefs, but Edelman himself had a lot of praise for the Kansas City corner.

Asked if he has some tricks up his sleeve for his matchup with Fuller, Edelman said, “well, if I told you then they wouldn’t be tricks.”

There’s also the possibility that Fuller could see time on Patriots tight end Rob Gronkowski when he’s flexed out as a receiver, but that doesn’t seem as likely as the matchup with Edelman.

Over the last two seasons, Fuller has only lined up across an opposing team’s tight end 38 times in coverage, according to Pro Football Focus.

There are a number of matchups to focus on in this one, especially when the Chiefs have the ball.

But when the Patriots offense is on the field, Edelman versus Fuller will have a significant impact on the outcome.