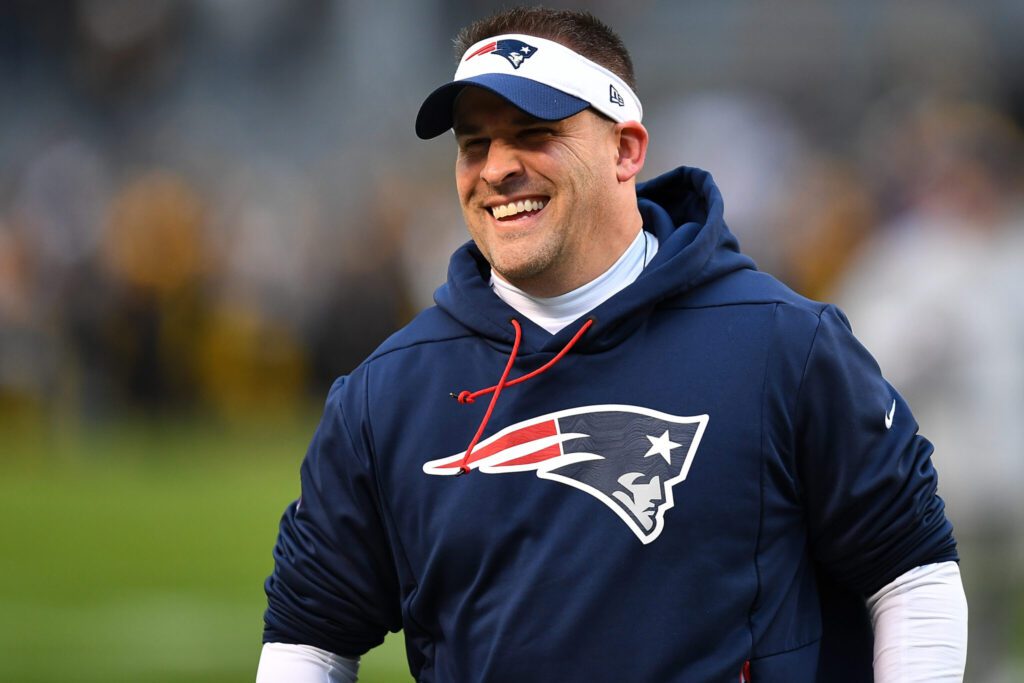 The Patriots will have a new quarterback under center for the first time in two decades, but don’t expect offensive coordinator Josh McDaniels to deviate too far from his existing playbook.

Speaking for the first time this season, McDaniels reiterated that the Pats will still have the same playbook with Cam Newton or Jarrett Stidham as they had with Tom Brady.

“It’s not changing your system, it’s adapting your system to the talents and strengths of your players,” McDaniels told the media on Friday afternoon.

“I did have some experience with the Matt Cassel year, which I learned a lot about how to tailor something to somebody else’s strengths. We had to play that four-game stretch a handful of years ago with Jacoby and Jimmy, and I thought that was helpful. And I was away for three years. So trying to really adapt.”

Although the basic principles of the system will stay the same, McDaniels did acknowledge that adapting the offense to the next starter for the Patriots could add a mobile quarterback element to the scheme.

“It’s certainly not something I’m accustomed to using a great deal, but you use whatever the strengths of your players that are on the field allow you to use, to try to move the ball and score points,” McDaniels continued.

“Regardless of what the position is, I think you try to use their strengths to allow them to make good plays and if that’s something we can figure out how to do well and get comfortable doing and feel like we can move the ball and be productive, then we’re going to work as a staff to figure out how that works best, and try to utilize it if we can.”

As for Newton, the Patriots quarterback had his first press conference since joining the team and is a “full go” for practice after foot and shoulder injuries limited him over the last two seasons.

The former MVP said the professionalism of the Patriots organization is what drew him to New England and that the perception on the outside of Bill Belichick, similarly to himself, is not necessarily accurate.

“There’s a perception, but at the end of the day, it’s football,” Newton said. “I’ve loved it ever since I’ve been here. Just about finding your way to prove your worth to the team.”

Asked if there are any similarities between the Patriots offense and what he’s used to running in Carolina, Newton, in true Belichick fashion, said, “I can’t tell you that. Football is football.”

The Patriots will continue to ramp things up over the next few days with the first official practice next Wednesday and the first padded practice, when evaluations begin, on August 17.

Eventually, McDaniels and the New England coaching staff will adapt the offense to fit whoever wins the starting job, and will undoubtedly want to take advantage of Newton’s mobility if he’s tabbed the starter.

But between Newton and Stidham, the starting quarterback in Week 1 will be the one that can execute the Patriots offense we’ve seen over the last two decades the best.