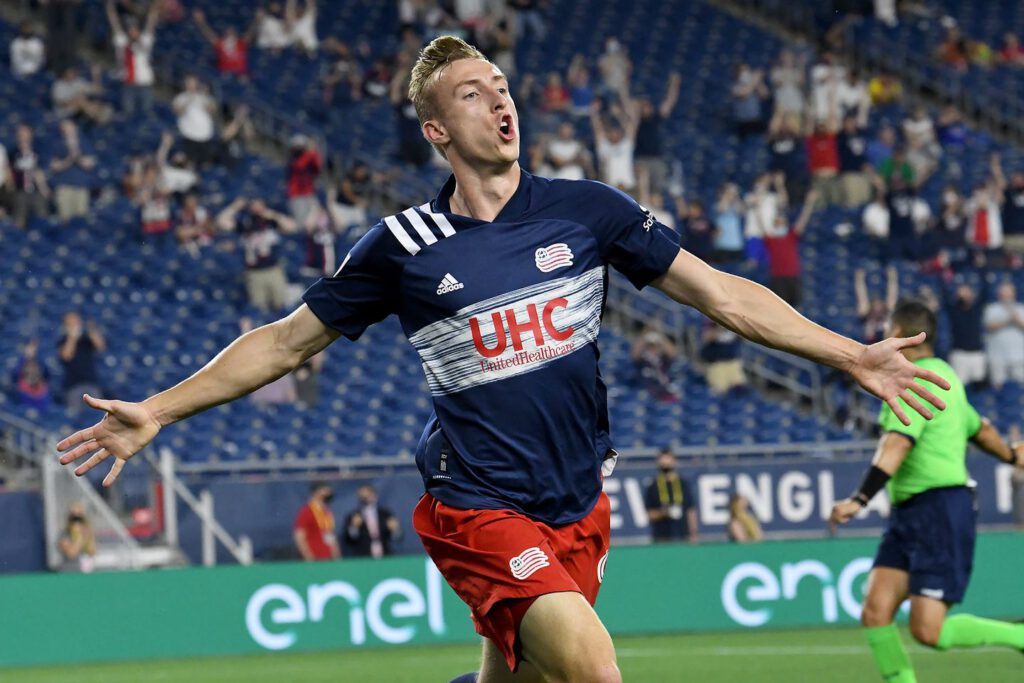 The long awaited New England Revolution playoff game is here! After a 3+ week layoff, the New York City FC is in town today to take on the Revs in the MLS Cup Semi-Finals.

It's a #NERevs MATCHDAY!

The game will start at 7:30pm from Gillette Stadium and will air on FS1. Here are the odds for the match, thanks to our exclusive wagering partner, BetOnline.ag:

The Revolution have been far and away the best team in Major League Soccer this season. With a record of 22-5-7, they finished 19 points ahead of the second place teams in the Eastern Conference (Philadelphia and Nashville), and 12 points ahead of the top seeded Colorado Rapids in the West. New England led the MLS in goals (65) and goal differential (24), and were the only team in the league to average over two points per game (2.15). They also broke the MLS record for points in a season with 73.

New England head coach Bruce Arena took home the MLS Coach of the Year award on Monday. This is Arena’s fourth time winning the award, having won in in 1997 with D.C. United, and twice with the LA Galaxy in 2009 and 2011.

Two Revs players also took home accolades. Goalie Matt Turner won the MLS Goalkeeper of the Year award and midfielder Carles Gil won the leagues Comeback Player of the Year award. This team has an abundance of dominant talent and is poised to add a banner to the Logan Airport security gate.

New York City FC has won four out of their last five matches coming into tonight, including a draw against Philadelphia in early November. They moved past Atlanta United last Sunday in the first round of the playoffs by a score of 2-0, and will look to shock the world tonight against an all-time Revolution team. New England will need to be on their A-game to take down New York.

Not so fast.. although New York is hot, there’s simply no way I’m picking against the Revs in this spot. There’s something in the water in this city that gets these teams going at the right time, and I don’t think the long layoff will hinder the best professional sports team in New England from continuing their historic run. Revs win in dominant fashion and move onto the East final.