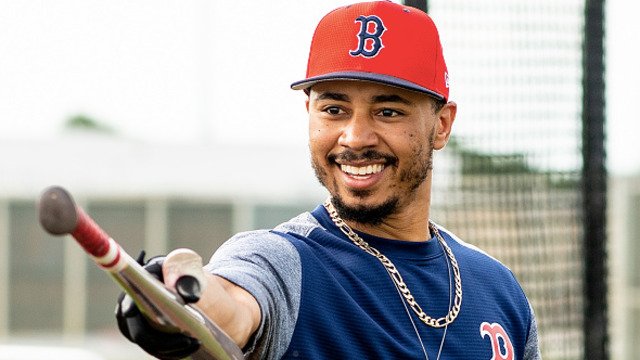 Mookie Betts and the Red Sox avoid another arbitration hearing with the two parties coming to an agreement on a $27 million salary for the 2020 season. He was estimated to make $27.7 million.

The offseason’s hot stove has really cooled off, with some deals being made here and there, but the flurry of significant news has essentially come to a dead halt.

As was the case at the top of the offseason–and for a majority of the regular season–the Mookie Betts trade rumors have dominated the MLB news cycle with a new story coming out every week that really doesn’t tell us much.

The 2018 MVP has made his motives of testing the free-agent market following the upcoming season crystal clear. In seeing the massive, record-setting contracts that have been signed by players who some may see as less valuable than Betts, his next deal should be something enormous.

Earlier in December, infielder and postseason hero, Anthony Rendon, landed a 7-year contract worth $245 million from the Los Angeles Angels giving him an AAV of $35 million.

Prior to the 2019 season, Angels centerfielder Mike Trout locked up an extension of 12 years, $426,500,000 making his AAV just about $35.5. Generally seen as the best player in the game today, the bar was officially set.

Betts is expected to sign a contract somewhere in between these two.

The Red Sox have already been busy on arbitration filing day, avoiding a hearing with five players on the roster.

There are still two significant names that as of 1:26 pm, have not reached agreements with the Red Sox. Andrew Benintendi (estimated $4.9 million), and Eduardo Rodriguez (estimated $9.5 million). If they do not come to an agreement with the team, they will be headed for a hearing.

The Red Sox likely will still make a pitch to Betts to sign an extension. Avoiding arbitration though is at least an okay sign that the two parties are on the same page in some regard.