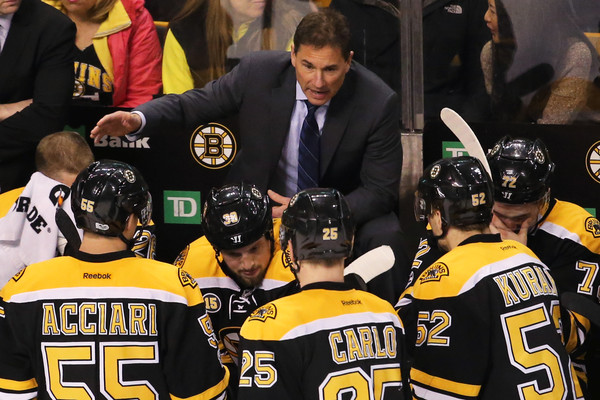 The annual New England Sports Survey done by Channel Media & Market Research is out and the while the Boston Bruins are starting to restore the faith of their fans they still lag way behind the other major Pro sports teams in Boston in terms of popularity and trust.

When it came to favorite sports teams, only 8% of respondents claimed the Bruins to be theirs — a 5% drop from last season. Since the first survey was given in 2012, the highest the B’s have ever gotten in this category was 23% in 2015. That means that in three years, they’ve suffered a 15% drop.

Also worth noting in this category is that the Boston Celtics moved ahead of the Bruins for the first time since this survey has been given (2012). Last year they stood at 3% behind the local hockey club; now they stand 6% ahead.

https://t.co/CL5NOa4ahQ#NHLBruins legend Rick Middleton told @MurphysLaw74 that beating the Canadiens in 1988 was his Stanley Cup — per @emarinofsky

When it came to ownership performance, this one really wasn’t a surprise. Respondents could only select one ownership group as the one they viewed doing the best job.

To no shock, Jeremy Jacobs and the Bruins came in at 5%, which was actually an improvement upon the lowly 1% earned last season. This year had Jacobs tied for last place with Robert Kraft and the New England Revolution. Last season, Jacobs was behind the soccer club.

On the topic of leadership performance, respondents had to pick the leader of a team’s front office who they deemed did the best job over the most recent season.

Again, this wasn’t really a surprise.

Cam Neely with the Bruins ranked fourth at 6% — 19% behind Dave Dombrowski with the Red Sox and 4% ahead of Brian Bilello and Michael Burns with the Revs. To Neely’s credit, he did move up 3% from last year. But since coming in at 35% in 2014, Neely hasn’t moved above 10%.

113: Joe McDonald | How Don Sweeney Has Turned the Bruins into a Contender | Should the Bruins Trade Torey Krug? https://t.co/n8Irwh3UXi

The next poll question will be the one that will outrage Bruins fans the most. When it came to coaches/managers most admired, respondents could only pick one coach who they felt did the best job.

Bruce Cassidy ranked fourth at 4% — 16% behind Alex Cora of the Boston Red Sox and 3% ahead of Brad Friedel of the Revolution.

Cassidy was a runner-up for the Jack Adams award (coach of the year) in the NHL. He up-ended the team’s systems, got the rookies to produce, got the veterans to produce, and led the B’s to within one point of best regular season squad in the East.

Granted, Cora is managing the best team in baseball, Stevens is the next basketball guru and Bill Belichick is Bill Belichick. But still, one could argue that coaching in hockey is much more essential than it is in baseball and basketball.

Another disturbing number for the Bruins was that when it came down to the hypothetical of the respondents only getting to follow one team, only 8% chose the Bruins — a number that has been gradually decreasing since 2015.

The Bruins polled at 7% (fourth place) when it came to respondents picking which team did the best job at making themselves better.

The common trend for the Bruins in this poll was ranking fourth in almost every category. To the Bruins credit, the competition isn’t exactly soft — the Celtics, Patriots and Red Sox are all at the top of their respective leagues. The problem is that the Bruins are there as well but according to this poll, it doesn’t seem to be as widely known.

Starting at page 52 of the survey, there are Bruins-specific questions.

5% is pretty low for the team’s leading point-getter.

David Krejci polled the highest (19%) as the player who did not meet expectations.

And for the final, most notable result: ranking second at 22% on the possible improvements the Bruins can make over the next year was acquiring a good/great/stable back-up goalie.

It wouldn’t be a Bruins poll without some doubt in the team’s starting net minder.