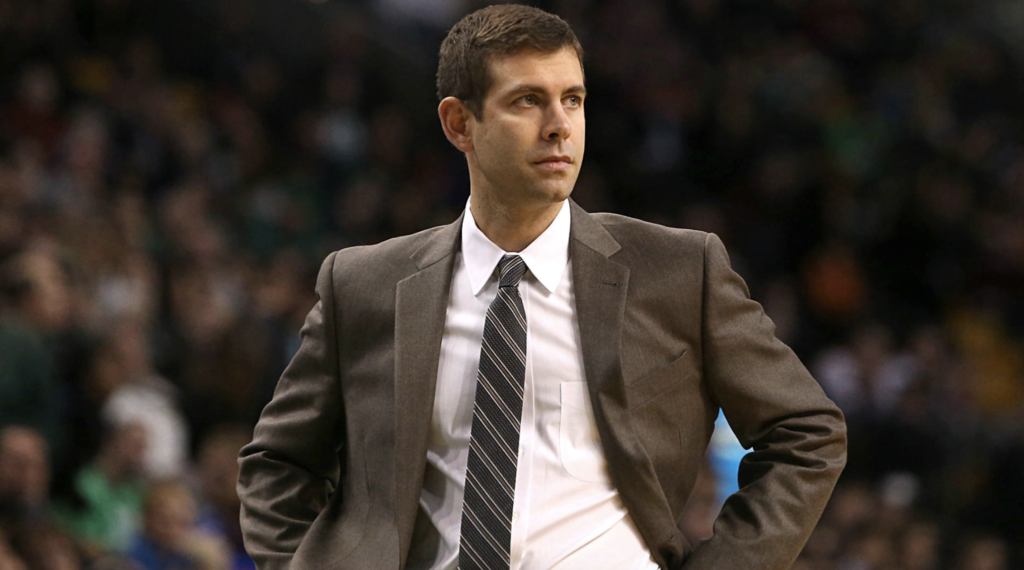 From the moment the Celtics flew back from Milwaukee the morning of March 12, they have been hoping for a chance to return to action and compete for the 2020 NBA championship. They have been just waiting to get back on the court together for real and start working with a greater sense of urgency.

That moment finally came Wednesday as all players reported to camp at the Auerbach Center for re-training camp as they get ready to re-start the season on Friday, July 31 at the HP Field House in Orlando against the Bucks.

“We want to continue to prioritize the things that are very important to the group as a whole,” Brad Stevens said of his message to the team on the first mandatory day of practice for the team. “There’s a lot of a lot of things that we’re talking about heading into this really new season. You can attach it to last season if you want, but in a lot of ways, it’s a new season, and that’s the way we’re looking at it.”

Through 64 games, the Celtics were 43-21, firmly entrenched in the No. 3 spot in the East. That’s where they’ll be when they pick things up against Giannis Antetokounmpo and the 53-12 Bucks at the end of the month in Orlando as the Celtics begin their 8-game regular season workup to the playoffs.

This is going to be all about the mental approach of the players. Which ones buy in fully for the chance to raise the Larry O’Brien Trophy at the end in front of an empty arena.

“As far as going down there, I saw Austin Rivers said the other day, (laughing about) the idea of an asterisk next to this Championship,” Stevens said. “I think he said it exactly right. This is going to be a super unique situation and whoever wins it’s going to really earn it because I think there’s a there’s certainly a basketball side of this but it’s also a you’ve got to find joy you’ve got to make sure that you’re you know, we want to make an impact on and off the court.”

Stevens is exactly right. It’s super unique and whoever survives through October and wins it will have shown more mental toughness than any previous NBA champion in history. No other NBA team will have had to quarantine in a bubble for three months for the chance to win.

The question becomes not whether the Celtics are good enough. It’s whether their young talent can persevere through the most challenging set of circumstances of their careers. Marcus Smart, Kemba Walker, Jayson Tatum and Jaylen Brown have already displayed that at various stages throughout their careers. Now it will be up to them to lift each other at a time they need it the most.

“We do that with all of our players all the time. Both Kemba and Smart are guys whose voices carry a lot of weight but I think some of our youngest players have been some of our more vocal players throughout this Hiatus and carry the room as well,” Stevens told me. “I mean Jaylen and Jayson and others so, we lean on everybody and everybody’s going to have to be all in on one page and there will be challenges that come along, and it will be quite a challenge again to compete against the very best of the best every single day, but that’s what you sign up for here. And you know, we’re looking forward to the opportunity.”

There might not be a more important person in helping the Celtics to get in the right mindset than Allison Feaster, the Celtics Director of Player Development. She is the secret weapon that Stevens is hoping will help players find that joy in playing in this environment. So far, Stevens says Feaster has met that goal and then some.

“(Allison) has created programming throughout this hiatus,” Stevens related. “And (she) has started creating programming for our time in Orlando that I think is critical and we’re in great hands with her leading that and so, we’re going to keep working on that. It’s going to be important to us all, not only players but with staff as well.

“Mental wellness is at the forefront of everybody’s mind to all the different activities that we will be able to do inside the bubble to you know, gyms that are going to be available, on/off times, etc. It is super unique, and we are all as organizations all doing things and I think one of the things that we’ve tried to do is pick the brains of people not only in our sport across the different teams that will be there but also, you know around different sports to see you know, how we can keep this as fresh as possible.

“I think the team that has a great grit to it finds great joy throughout the whole process stays together throughout the whole process will be the team that will have, you know, a great opportunity to be standing there now, obviously the basketball is going to come into play but
there are a lot of unique challenges that come with this, some predictable some that I’m sure we’ll figure out you know, when we’re sitting there in the first week.”

Stevens also made it clear that while the travel roster for each team to the bubble is limited to 37 people, many more than that will be contributing around the clock.

“We have a loaded staff like our staff is awesome, and I lean on them all extremely heavy,” Stevens said. “We’re not able to take everybody and that stinks because of the amount of work that they all put in every single day. But we’ve tried to identify how to be the most efficient we can be with people that can be excellent remotely as well. I think that that’s one of the things that we’ve had to identify in some cases their excellence remotely, probably hurt their chances of going initially.”

Stevens made a pitch for a possible adjustment to the 37 once the eight-game run-up to the playoffs concludes in August.

“I hope that the NBA allows us to bring extra staff as teams get eliminated and move on, even as even as we cut down to 16 teams from 22, that’s a significant number of people,” Stevens said. “Hopefully we’re able to replace them with staff because everybody deserves to go but that’s the way that we’ve looked at it. Everybody will take on different tasks that are in Disney, but we’ll lean heavy on the people that aren’t there. In fact, we’ve got some new projects that we’re going to take on because we think we may be able to be more timely in our evaluations because we have some super talented people that won’t be there but will be watching from afar and in our ears after every game.”