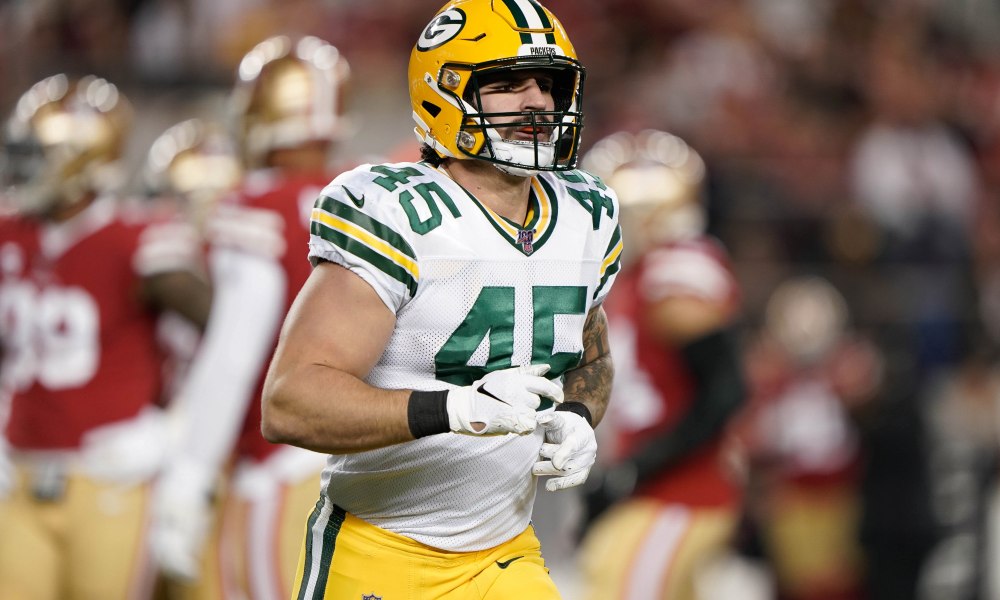 The Patriots are down another fullback as free-agent addition Dan Vitale is opting out of the NFL season, his agents told USA Today.

The sixth-round pick out of Northwestern known as a “super back” due to his versatility signed a one-year deal with the Patriots in March. Vitale and his wife, Caley, are parents to a newborn baby. Vitale is opting out due to the ongoing coronavirus pandemic.

Vitale’s contract will now toll this season, meaning his one-year deal will defer to 2021, and he’ll be on New England’s roster next season. The Pats will get a small credit on the 2020 salary cap as well.

Following Vitale’s signing in March, longtime Pats fullback James Develin announced his retirement due to complications with a neck injury he suffered last season. Vitale was slated to be the frontrunner to replace Develin in a competition with second-year lead blocker Jakob Johnson.

Now, Johnson will enter camp as the lone fullback on the roster with versatile rookie Dalton Keene and undrafted rookie Jake Burt as other options to fill that role.

Johnson earned a practice squad spot out of camp and was called up to the Patriots’ 53-man roster following Develin’s injury in 2019.

After joining the team as a part of the league’s International Pathway Program, the German-born Johnson was the first IPP player on an active roster since the program started in 2017.

The University of Tennessee product impressed coaches with his study habits and physicality on the field. He made some noteworthy blocks in four appearances as a rookie before suffering a season-ending shoulder injury in the Patriots win over the Giants last October.

Some more context on the Dalton Keene-Jakob Johnson workouts with @sidelinehustle: was told they’ve been working together for the last two weeks with Mohamed Sanu back in the Massachusetts area. Look for Johnson on IG live at noon today.
https://t.co/hpenRhw8HP

Recently, Johnson and Keene have been working out with wide receivers coach Drew Lieberman who is also a live-in trainer for Patriots teammate Mohamed Sanu. During workouts with Lieberman, Johnson is honing his route running skills at tight end, where he played some at the college level along with defensive end. Both him and Keene look great, according to Lieberman.

After Vitale’s signing and the Keene selection, we theorized that the Patriots might be looking for more pass-catching firepower out of their fullbacks as they transition away from the James Develin era.

Develin was an elite lead blocker. Although Johnson sort of fits that mold, Vitale and Keene’s athletic profiles suggest they would be used more in the passing game and potentially in different locations as H-Backs.

If that’s the case, it makes sense that Johnson is working on his hands and route-running this offseason to be more than just a sledgehammer that paves the way for the running back carrying the ball behind him.

Between Johnson and Keene, the Patriots will still be able to implement heavy personnel groupings and get into power run formations with a lead blocker in the backfield that was their base offense during New England’s championship season in 2018.

Vitale’s opt-out serves as a reminder of the risks involved with playing football during a global pandemic, and the difficult decisions these athletes need to make for their families.

Along with Vitale, Patriots offensive linemen Najee Toran is also opting out due the pandemic, per the Boston Globe’s Jim McBride. Toran was a long-shot to make the initial roster.