A look at my three games to watch this coming NFL Sunday. 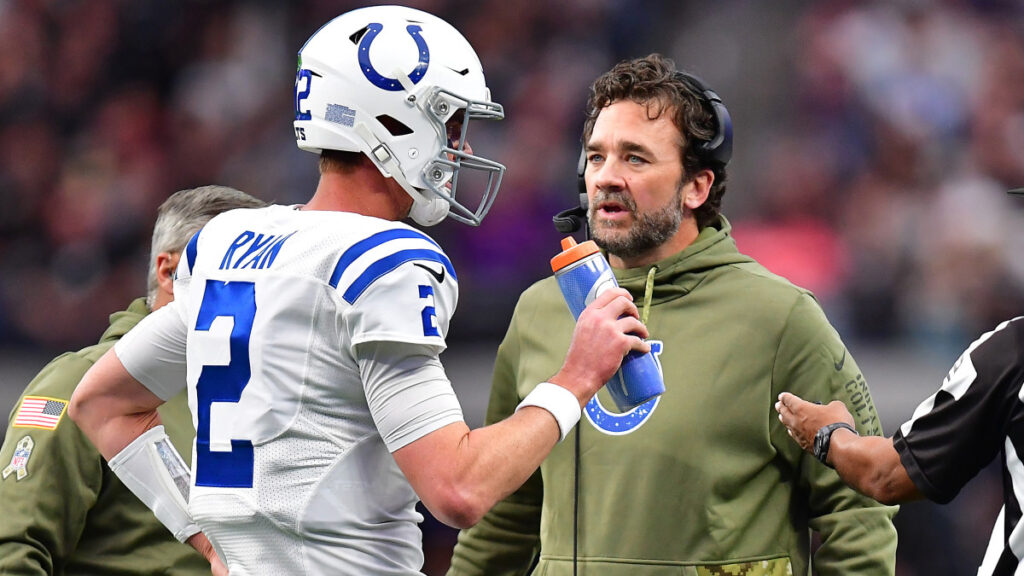 We split last week’s games to watch up by conference with the Patriots on a bye, and were able to go 8-4 over the six games.

I don’t want to press my luck moving forward, so let’s stick to three games to watch for this Sunday, with odds, previews, and predictions powered by our exclusive wagering partners at BetOnline.ag:

The Eagles finally lost on Monday night to the lowly Washington Commanders, thus proving yet again that there’s no better team in NFL history than the 1972 Miami Dolphins.

That’s sarcasm, but they did show that they can be beaten, while also getting the “undefeated season” monkey off of their back.

The Colts were able to get the win last weekend with Jeff Saturday at the helm and some are somehow keeping themselves in playoff contention. Bringing quarterback Matt Ryan back into the starting lineup will certainly help their cause moving forward, but I don’t see much success in Indy’s near future.

Jeff Saturday proved me wrong a week ago, but he won’t prove me wrong again.

Jalen Hurts throws for two touchdowns and rushes for two more – and the Eagles get their mojo back in Indy by beating the Colts soundly on their home turf.

Speaking of getting mojo back, Joe Burrow and the Bengals are way overdue on that. Despite holding a winning 5-4 record, Cincinnati has not been close to the same team as the Super Bowl runner-ups that they were a year ago.

On the other sideline, Steelers rookie quarterback Kenny Pickett has shown some promise, but he still has plenty of work to do in this league.  He’ll be an okay player eventually, but the Bengals will be pressing far more than Pittsburgh this Sunday.

This feels like one of those monster Joe Burrow games to me. With Ja’Marr Chase out due to injury, there’s talk that the standout LSU wide receiver is the reason that Burrow is the quarterback that he is.

However, the Bengals still have viable options in Tee Higgins, Tyler Boyd, and Joe Mixon on that offense where it shouldn’t be difficult to score points. I think they’ll do exactly that this weekend coming off of their bye and nearly hit the total on their own. Cincy -4 and the over, please.

The Chargers are on Sunday Night Football for the second week in a row as they welcome the division (and conference) leading Kansas City Chiefs to SoFi Stadium.

LA has had an up-and-down 2022, and an up-and-down Justin Herbert era for that matter – as injuries, lack of awareness at head coach, and poor play calling have hindered the third-year QB’s growth yet again.

The Chiefs, meanwhile, have the best quarterback in football to coincide with the best play caller in football. Mahomes and Reid continue to just win, and win, and win – and the path to the Super Bowl will continue to go through them until they say otherwise.

This is Pat Mahomes league, we’re all just living in it.

The Chargers will hang around for a while, but their banged-up wide receiver corp and lack of brains at head coach will come back to haunt them in the end. The Chiefs win and cover, but the total goes UNDER 52.