Previewing three games to watch for week three with a preview and betting prediction for each. 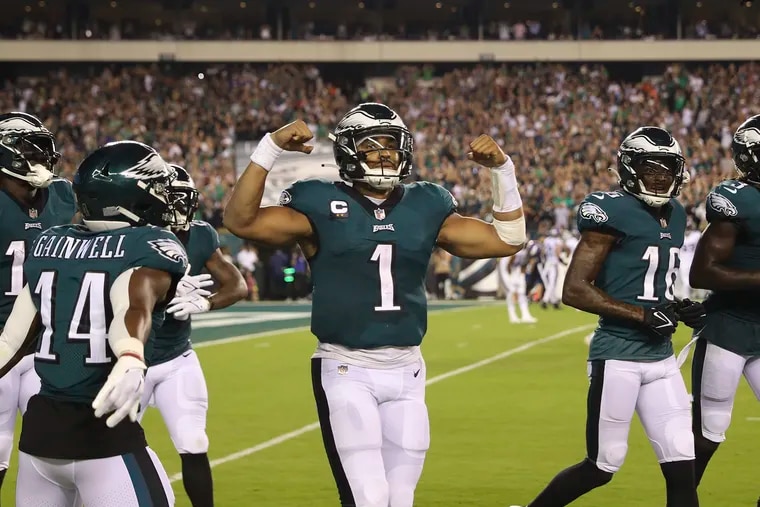 I wrote about this on Monday, but I’ve been getting hosed betting on both college and NFL football so far this year.

Through two weeks of my NFL Games to Watch, I’m an embarrassing 3-9. It’s gross!

However, this is the week we get back on track. Here’s a look at my three games to watch for this coming Sunday with odds brought to you by BetOnline.ag:

The top of the AFC East is loaded! The Bills and Dolphins are both 0-2 to start 2022 and both offenses look to be ready to play in this new style of NFL football.

The Dolphins beat the Ravens in dramatic fashion last Sunday – having come back from 21-down in the 4th quarter thanks to 469 passing yards and 6 (!!) touchdown passes from Tua Tagovailoa. Boy genius Mike McDaniel looks to have Miami in line to be able to compete for an AFC Wild Card spot.

The reason they can only compete for the wildcard is because of the juggernaut that’s in front of them. Let’s call it like it is: the Bills are the best team in football and it’s not particularly close. Buffalo has outscored opponents 72-17 through two weeks and in my opinion have the best chance to go undefeated since the 2009 Colts – who went 14-0 before losing their final two games at the backend of the season.

Miami will come back to earth a little bit on Sunday. I think they’ll be able to hold their own and keep it closer than the Rams and the Titans did, but Buffalo gets to 3-0 with relative ease.

The start to the Colts season has been an absolute disaster. They’re 0-2 having lost to two division opponents in the Texans and Jaguars and currently sit in last place in the disastrous AFC South. The addition of QB Matt Ryan seems to have not helped the franchise at all, and they can’t get All-Pro RB Jonathan Taylor going becuase they’ve played from behind for two straight days. No bueño in Indy.

Meanwhile, the Chiefs are 2-0 and look to be the Kansas City of old. They took down their new-found rivals in the Chargers last Thursday night thanks to another dominant Pat Mahomes performance, and it looks like they’ll have no problem working out a new offense without Tyreek Hill.

The Chiefs keep the ball rolling once again in week three as Mahomes continues his revenge tour to take back the title as best quarterback in the NFL.

I do think Indy will play much better this week than they have so far, and covers the 5.5 point spread.

The Eagles come into Sunday afternoon as arguably the hottest team in the NFC.  Nick Sirianni actually doesn’t seem like a head case, their defense has held their own thanks to Darius Slay, and they seem to have found what their franchise quarterback in Jalen Hurts. With Dak Prescott’s injury in Dallas – IT looks like Philly has a one-way trip to an NFC East title.

They’ll, of course, also have to get through the Commanders to do so. Washington traded for former Eagles and Colts quarterback Carson Wentz this off season in hopes to pair him with a once dominant defense in the nation’s capital. Wentz (like always) has been hot and cold through their first two games, but a revenge game against the Eagles could be the perfect recipe to get him going.

Orrrr he could stink. And that’s exactly what I think he’ll do. The Eagles look gooooood man, and I don’t see that train stopping just yet.

Philly wins and covers with ease. Wentz puts a TD on the board late to make it looks respectable.