No. 2 Michigan to play No. 3 Georgia in Orange Bowl in other CFP national semifinal. 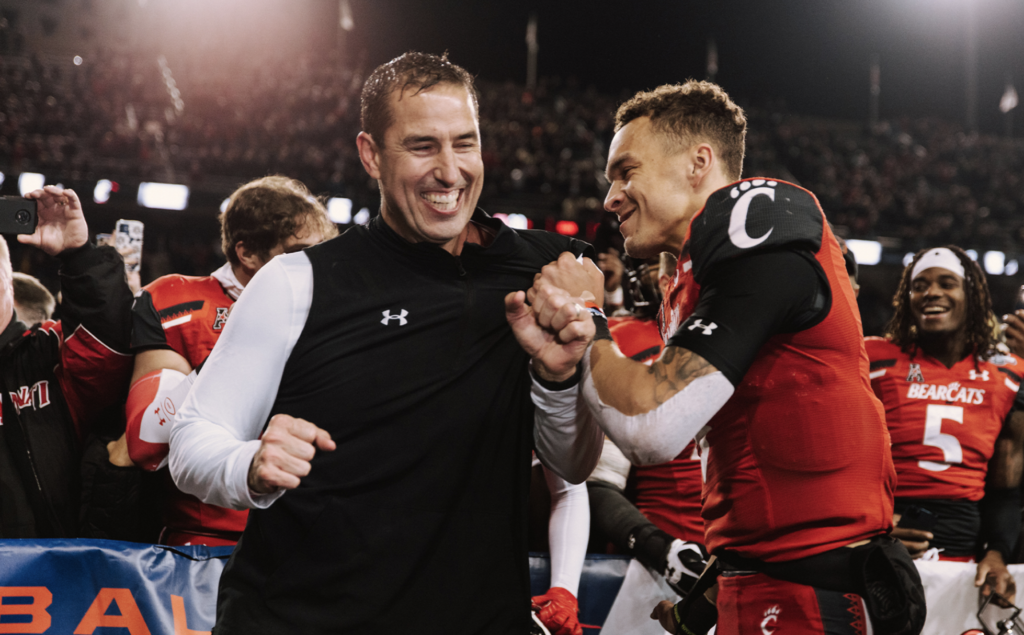 The Cincinnati Bearcats were selected as one of four teams to compete for the College Football Playoff National Championship, thus becoming the first non-Power 5 school to be included in the national playoff.

The 13-0 Bearcats, fresh from their 35-20 win over Houston in Saturday’s AAC Championship Game at Nippert Stadium, will play No. 1 Alabama on Dec. 31 in the Cotton Bowl in Arlington, Texas. The Bearcats are 0-5 all-time against the Crimson Tide, including a 45-7 loss in their last meeting on Nov. 17, 1990 in Birmingham, Ala.

The #Bearcats are headed to the @CFBPlayoff for the first time 𝗲𝘃𝗲𝗿. pic.twitter.com/ewCM56BP1F

Cincinnati is 0-9 all-time against the three other CFP teams, going 0-3 against Georgia, including a 24-21 loss in last year’s Peach Bowl. The Bearcats lost to Michigan in Luke Fickell’s first season in 2017, the only time the two programs have met.

The Bearcats finished the season as the only unbeaten team in Division I college football, as Georgia was knocked from the ranks of the unbeaten by Alabama in the SEC Championship Saturday.

No. 2 Michigan, the 12-1 champions of the Big 10, will play No. 3 Georgia in the Orange Bowl at Hard Rock Stadium, also on Dec. 31, in the other national semifinal.

The winners of the semifinals will meet in the CFP National Championship on Jan. 10 at Lucas Oil Stadium.

5 Things to Know About a Real Estate Career

How Much Will My Settlement Be After My Slip and Fall Accident in Los Angeles?