No, Bill Belichick Does Not Have a Grudge Against Rob Gronkowski 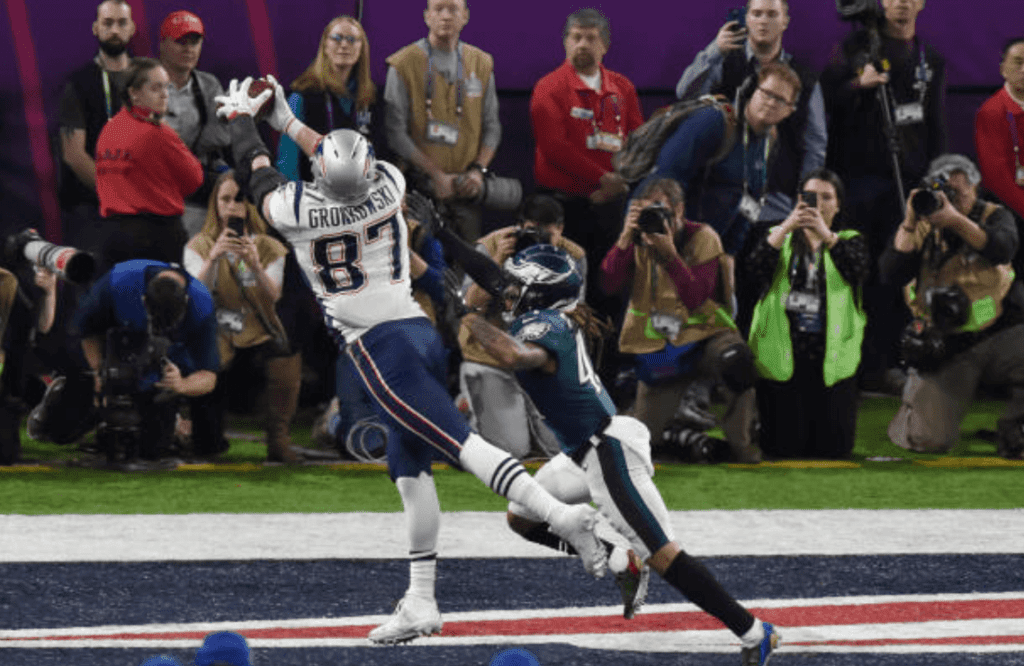 What the Patriots coach admires the most about the all-world tight end is that he was given a wealth of talent and then worked hard in the training room and in the classroom to get better. This has made him one of the most fearsome offensive weapons the NFL has ever seen.

And in terms of mental toughness, Belichick has always put Gronk right up there with Tom Brady.

“Rob works very hard. He comes early, he stays late,” Belichick said in an NFL Network interview in 2014. “He’s very physically and mentally tough. You can’t really get him down, you can’t break him. He can really fight through it. As a coach, sometimes you try to put players in that situation — you try to break them down, you can see how much they can take — but Rob has a lot of resilience and a lot of physical and mental toughness.”

There were several games this year where Gronk’s performance was at an otherworldly level. The catch in the end zone against the Jets at MetLife Stadium and the shoestring catch late in the game against Pittsburgh are the two that come to mind.

After that catch against the Steelers, it was Belichick who went on and on about the catch radius of Gronkowski and his ability to block, two assets that make him remarkably unique in the NFL.

“It’s certainly been good this year. I think it’s always been pretty good,” Belichick said. “Rob gets to a lot of balls, and he catches a lot of balls and he makes a lot of tough catches. I don’t know if I could differentiate between this year, last year, some particular game. We see him catch a lot of balls in practice and not miss too many; very few. He makes some remarkable catches on the practice field as well as in game situations. He does a pretty good job on all that.”

Then there’s the blocking that Belichick has always valued from Gronkowski.

“There’s a lot of moving parts there at the tight end position and as it relates to the perimeter there on the edge of the defense. There are multiple alignments and, again, a lot of times that involves two or three of us blocking two or three of them, so it’s not just straight one-on-one blocking. That’s I don’t want to say the easy part, but there’s certainly a lot less moving parts to that. It’s the combination stuff, the perimeter stuff. Rob works hard on that. Like I said, there’s some tough looks there and we’ve just got to keep working on it.”

But if you know one thing about Belichick know this: Not a single player is above reproach. There’s not a single player the head coach won’t call out in front of others. This includes Tom Brady. To this day, if Brady has a bad game, Belichick will call out his mistakes in team meetings.

I had a team source confirm to me last year that Brady was chided after a bad game and that it wasn’t that well received by highly accomplished quarterback, something that’s been reported by others. There have been others that have made their way through Foxboro who have had it just as bad – or worse. Whether you were Wes Welker in 2010, Julian Edelman in 2012 or Darrelle Revis in 2014, there has never been a moment where Bill wouldn’t call out your mistakes in front of the team.

That’s why you have to be very, very careful not to misinterpret the report of Karen Guregian in the Boston Herald. There’s no doubting her sources or the details contained within. As one of the most connected reporters covering the Patriots inside Gillette Stadium, the veracity of her report is no doubt spot on.

According to Guregian, Gronk was called out this year by Bill Belichick in front of staff and teammates for jumping all aboard the Alex Guerrero pliability train.

What we don’t know are the working dynamics inside the locker room and the facility that might have caused this to happen.

We don’t know if Guerrero might have started to whisper here and there to recruit other players or if Belichick was simply painting a line in the sand and warning Gronk and TB12 himself to not use Gillette Stadium as an active recruiting ground for their trainer. We don’t know if Belichick was also doing something very critical to anyone’s work environment – pumping up the credibility of the training staff that reports to him. The complexity of this dynamic inside the Patriots locker room is something that not even many players inside are aware. The point is, there are the facts and there’s the perspective. Without understanding the perspective, the facts, especially in this case, are rendered trivial, if not irrelevant.

The reality of the situation – as NBC Sports Boston’s Tom Curran also noted – is this: Belichick needs – above all – maintain control of his locker room. What happens between management, ownership and coaches is one thing (as reported by ESPN’s Seth Wickersham) but once an NFL locker is divided, the task of getting everyone on the same page and heading in the same direction is next-to impossible, even for Belichick.

That’s what this is all about. This isn’t about Belichick shaming Gronk or Brady for that matter. It’s about understanding who’s in charge in that locker room.

Then there’s the matter of whether or not Belichick would trade Rob Gronkowski to another team. Again, there are those who suggest that Belichick is just trying to dump Gronk because Gronk is either unhappy in Foxboro (which he isn’t) or that he’s grown tired of Gronk (which he hasn’t). Either way, trading him out of spite is clearly something Belichick would never do.

But trading a player whom Belichick and Nick Caserio might feel is dealing with serious pain and is on the brink of retirement to get something in return, that’s another story. The trade speculation gained legs only because Gronk still has a market. It’s only an educated guess but that window might be as small as 1-2 years. If that’s the case, then Belichick and Co. would be foolish to ignore any and all possibilities, including dealing the tight end for a future high-round pick.

Like his patented seam route, Gronkowski has always played it down the middle with the best of them. Gronkowski would rather be taking on JaDeveon Clowney than worrying about the feelings of a head coach he admires and a trainer he feels he owes a huge debt of gratitude for making him feel better and more flexible this past season.

That’s the real grind that has been taking its toll on him, leading him to ponder his future with the Patriots and the NFL.

How to Bet the Big Spread For Chicago-Tampa Bay? | Bears vs Buccaneers NFL Picks | BetOnline