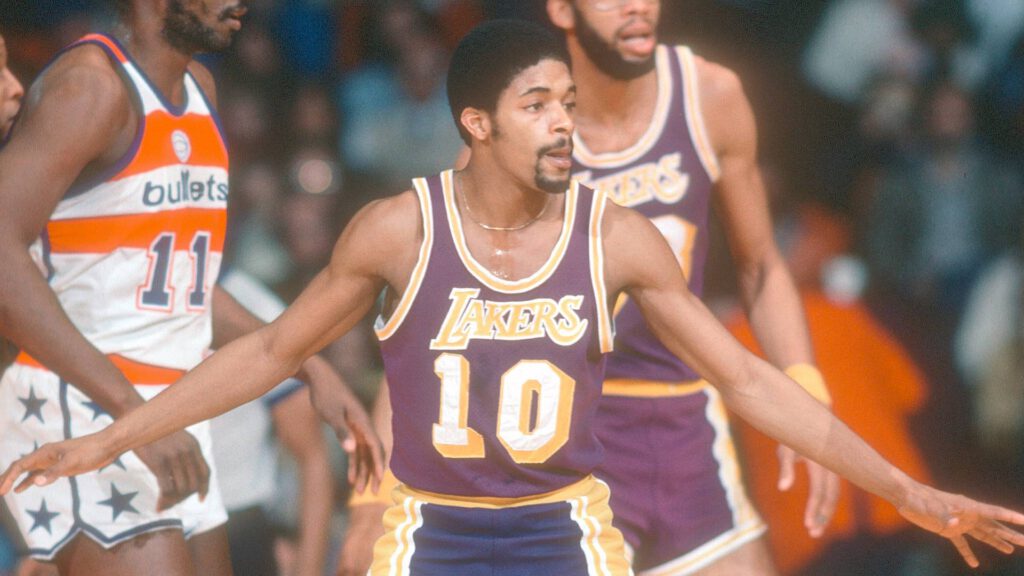 The hit show “Winning Time: The Rise of the Lakers Dynasty” recently premiered on HBO Max. The series details the Los Angeles Lakers dynasty, starting with Magic Johnson being selected first overall in 1979. In the very first episode, the show depicts Johnson taking on Laker point guard Norm Nixon in a 1 on 1.

Nixon, who was played by his son DeVaughn Nixon in the series, recently joined the Cedric Maxwell Podcast on CLNS Media to talk about the series. And despite only having viewed the pilot, he had a lot to say about the narrative.

Maxwell asked him directly whether or not the 1-on-1 between him and Johnson actually happened. Nixon was quick to respond, stating that it was completely made up.

“The main thing is that it never happened,” said Nixon. “Never happened. I don’t think I ever played Magic 1-on-1. All the years we played together, what, four years? We never played 1-on-1. You know how it is Max, you don’t do that, you play shooting games and stuff. That’s just something they came up with.”

One of the major narratives in the show is the competition between Nixon and Johnson. With both Nixon and Johnson playing the same position, a rivalry formed in the series. Winning Time constantly showed Nixon hazing the rookie, although according to Nixon himself, that’s not how things went down.

“We’ll break that down, Nixon began. “Number one, I’m from Macon, Georgia, man. I’m from the country. And I wore my country-ness with pride. There was nothing I would call somebody and use it in a derogatory fashion… So number one, that kind of stuff would never happen.”

When the Lakers took Johnson first overall, Nixon was coming off a season where he averaged 17.1 points, 9.0 assists, and 2.5 steals. But of course, Johnson was one of the most hyped college prospects there ever was. In turn, the show made it seem like Nixon was worried about losing his starting job. But he said that was never the case.

In fact, Nixon went on to say that he was excited to play with a guy like Johnson. He talked about how he would finally have someone who could help take the pressure off of him on the offensive end. Nixon mentioned guys like Dennis Johnson and Gus Williams who would double-team him, joking to Maxwell, who played with Johnson, about how pesky they were.

“Come on, man,” Nixon joked. “You played with DJ [Dennis Johnson]. I was tired of DJ and Gus [Williams] double-teaming me, man… I was running up against all these young guards, so they could really focus on me. So I was happy to find a guy that could take some of that heat off of me, so I could do what I needed to do out on the court.

Nixon went on to play even more minutes in Johnson’s rookie season (a league-high 39.3) than he did before Johnson joined the Lakers (38.4). And of course, that was the year he, along with Johnson, won his first NBA Championship.