Patrice Bergeron May Be Most Underappreciated Boston Athlete of This Millennium 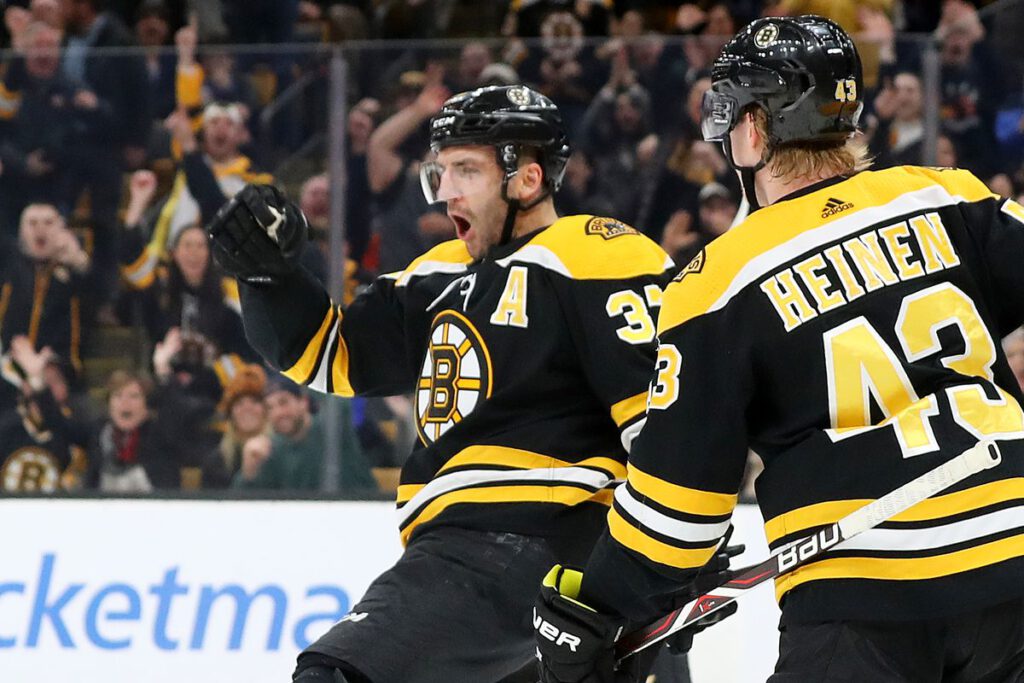 BOSTON, MA – After a 16 game absence Patrice Bergeron made a triumphant return to action for the Bruins on Saturday, scoring two goals and adding two assists in a 5-2 win over the Nashville Predators.

But his impact was felt before puck was even dropped.

The ovation Bergeron received when he was announced in the starting lineup was more than just the crowd welcoming Bergy back to the lineup. It was a rise usually reserved for legends and came from a crowd desperate to get back the biggest piece missing from their team’s puzzle.

“You heard the crowd when he got announced,” said Danton Heinen. “There is just something about him. He’s got that good energy and good leadership that everyone wants to follow.”

If the decibel levels were pushed to their limits when he was announced, they exploded when he scored his first goal of the game with a little over four minutes left in the first period. You could see the stretch marks in the Garden roof.

Just two minutes into the third period, Bergeron potted another. This one had some historical significance to it, as it was his 300th career goal. He sits at sixth all-time in Bruins history for goals.

Some two assists and a 5-2 win later, there was no doubt Bergeron was the driving force behind one of the B’s best 60-minute efforts of the year. It was also prevalent that there was no rust on no. 37 either.

“Yeah, he was obviously good, very good, scoring in his typical fashion around the high slot in front of the net,” head coach Bruce Cassidy said of Bergeron. “Real good composure on the last power play goal to sort of give us a little breathing room, thought it was a real nice play by him. That’s where you worry a little bit with the – when you’ve missed some time is the rust and the speed of the game, are you going to rush plays? But, no he didn’t miss a beat.”

Bergeron went in to a game with the third best team in the Western Conference after a 16-game absence, scored four points and shut down their top line. Predators top center Ryan Johansen was held to 7-for-15 on faceoffs and aside from a fluke slapshot that slipped past Jaroslav Halak’s short side, was irrelevant in all three zones. His linemates Kevin Fiala and Ryan Hartman didn’t do much of anything either.

“Yeah, he is one of the best players in the league,” said Marchand of Bergeron. “You know, it shows a lot. I mean, the fact that he is able to come back and just jump into the game and get four points against a team like Nashville who is one of the top teams in the league. They play very fast. Probably one of the faster games we have had all year. It’s tough to jump in after five weeks and feel good. He is an incredible leader and player and he showed that again tonight.”

All of this impact begs the statement that Bergeron is the most underappreciated Boston athlete of the new millennium.

He’s easily the best Bruin of the last 19 years; no other Bruin during that time consistently ranks top-10 in goals, assists, and points. Since the Bobby Orr era, Bergeron is a top-3 Bruin. There’s Cam Neely, Ray Bourque, and then Bergeron. Because of the Stanley Cup win, he could even be ranked above them.

But how come he’s underappreciated?

In the last 19 years, the New England Patriots have been a juggernaut for all of it, winning five Super Bowls along the way. Their best player is Tom Brady who’s the most appreciated and rightfully so. He’s known as the GOAT. No lack of appreciation there.

There’s the Boston Red Sox who ended an 86-year curse in 2004 and then won three more since. Their best player was David Ortiz who was instrumental in the first three championships. His number was retired the year after he stopped playing, as well as having a street and a bridge named after him. Again, it’s well deserved.

The other Garden inhabitants, the Boston Celtics, won one championship and had Paul Pierce as the mainstay throughout the aughts. Currently, the Celtics rank above the Bruins as the third team in town and have a gaudier group of superstars.

With all that considered, it’s easy to see how Bergeron gets buried amongst all the success, yet he shouldn’t. His impact over the last 14 years has been off the charts. Some of it can be shown on paper: his game-winning goal in Game 7 of the 2011 Stanley Cup final, his game-tying and -winning goals in Game 7 against the Toronto Maple Leafs in 2013, and his consistent point production since 2005.

On the other hand, there’s things that can’t be shown on paper: shutting down the Sedin twins in the 2011 Stanley Cup final, shutting down Sidney Crosby in the 2013 Eastern Conference finals, and the consistent good play in the defensive zone.

Everything that makes Bergeron the best Bruin of this millennium was on display Saturday afternoon. He just deserves a lot more recognition for it.