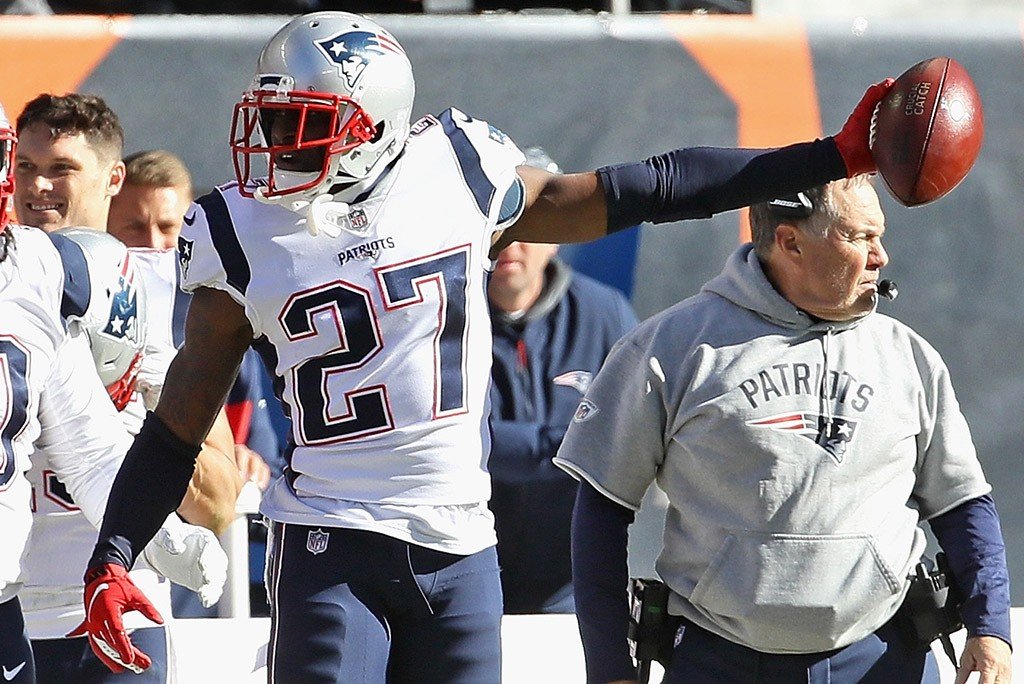 Belichick broke down game tape, drove coaches around and even worked the copy machine at 23 years old; eventually, the Colts offered to pay him $25 a week.

Belichick eventually worked his way to the Detroit Lions as a position coach, then the Denver Broncos and then of course to the New York Giants under Bill Parcells before the Cleveland Browns hired him as their head coach in 1991.

Belichick, like many of his players in New England, earned every opportunity he got in the NFL and rose his way through the ranks, albeit quickly, as a diamond in the rough.

Now the greatest coach in the history of football, Belichick’s own journey in pro football has trickled down to his team (there’s also a certain sixth-round QB that fits the mold too).

For 18 consecutive seasons, an undrafted rookie has made the Patriots’ initial 53-man roster, a streak that started in 2004 with cornerback Randall Gay.

Since Gay in 2004, 31 other UDFAs made the roster out of camp with 15 of those players still in the NFL and eight of them in a Patriots uniform.

Overall, it’s the third-longest active such streak in the league trailing only the Chargers (22 seasons) and Colts (20 seasons).

However, these hidden gems don’t just make the initial roster; they also contribute in a big way for the team.

Gay started in 15 games for the Patriots during his rookie season including New England’s victory over the Philadelphia Eagles in Super Bowl XXXIX.

“When you come here no matter where you come from, what school you went to, or what round you went in the draft you have to come in and work. That’s what the coaches are looking for,” Jackson told CLNSMedia.com.

After going undrafted out of Maryland, Jackson’s 42.0 passer rating allowed into his coverage was the lowest by all cornerbacks in the NFL last season, according to Pro Football Focus.

The 23-year-old is following in Butler’s footsteps along with fellow defensive back Jonathan Jones who made the team as an undrafted rookie in 2016.

“Everybody shows up every day and competes,” Jones said. “Whether you’ve been here five, ten or you are just getting here. The only thing that matters is what you do now and how you can help the team improve.”

Both Jackson and Jones admitted that the Patriots’ reputation of turning undrafted players into successful NFL players played a role in their decision to sign with New England as rookies.

Jones said, “definitely. It’s the culture here that guys get a fair shot and get a fair chance,” while Jackson pointed directly at Malcolm Butler’s success as a reason why he chose the Patriots.

To find the next Butler, Jackson or Jones, the Patriots signed ten undrafted rookies following the 2019 draft this past offseason.

Former N.C. State wide receiver Jakobi Meyers was one of them, and he has turned heads during the first week of training camp with good size, hands and a high football IQ.

Meyers, like Jackson and Jones, also said he was aware of the Patriots’ past success with undrafted players when he decided to sign with New England.

“I definitely was informed, but I knew nothing was promised. That doesn’t mean it will necessarily be me, so I want to prove that I deserve to be here,” Meyers told me after practice on Sunday.

Meyers also added that in his short time with the Patriots he sees how the culture in New England allows undrafted players to shine.

“They don’t promise anybody anything. They work with everybody the same, they treat us all the same, and if you want it, you can go get it.”