The Pats are hopeful that McGrone will add more speed to the defense. 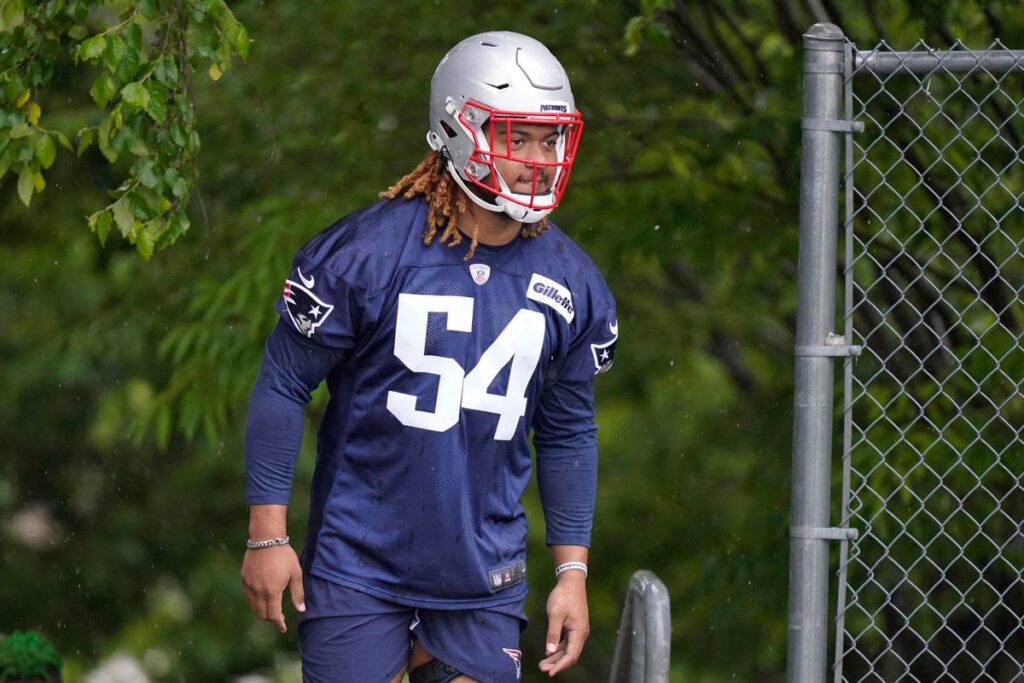 The Patriots emphasized getting faster on both sides of the ball this offseason, but the team seems hopeful that one of the influxes of speed could come from within this season.

Here's some tape of new #Patriots LB Cameron McGrone. Love this pick. Athletic LB with some pop to stack and shed. pic.twitter.com/942dmlvZ9P

At a shade under 6-foot-1 and 234 pounds, McGrone fits the new-age mold at linebacker by flying around the field to make plays against the run, in coverage, and rushing the passer.

Although it was only a short stint before McGrone was shut down for the rest of the season, the Pats coaching staff was impressed with the Pats linebackers’ ability to step right onto the moving train.

“It was exciting to have him on the field for those couple weeks,” Belichick said. “One thing that stood out is that he had come off a year of not playing football, and he never looked out of place. He plays fast and shows good instincts. He looked like he belonged out there with everyone else.”

Along with Belichick, Patriots inside linebackers coach Jerod Mayo was also impressed with McGrone in the short period he was on the practice field last season.

“What I saw last year is a guy who can still fly around and make plays in the run and pass game,” Mayo said. “He looks healthy, he looks good, and he’s picking up the defense.”

Last season, the Patriots, by most accounts, had the slowest front seven in football, leading to a transition away from veteran linebackers Dont’a Hightower and Kyle Van Noy this offseason.

The Pats are rebooting with less experienced linebackers and are moving away from a future team Hall of Famer in Hightower, but McGrone is part of the solution to get more speed on the field.

According to Director of Player Personnel Matt Groh, New England views McGrone as an additional draft pick knowing he’d likely sit out his rookie season due to injury.

“Excited to see Cam McGrone on the field a little bit last year, excited to see him be in an expanded role. He’s kind of an additional draft pick. You can kind of put him along there with the three guys that we’ve been able to add here today [on day two of the draft],” Groh told reporters.

Although a lot is riding on the “redshirt” Patriot defenders filling significant roles, the excitement internally is certainly there for McGrone to infuse youth and speed into the defense.