Patricia and Judge are expected to have significant roles in coaching the Pats offense this season. 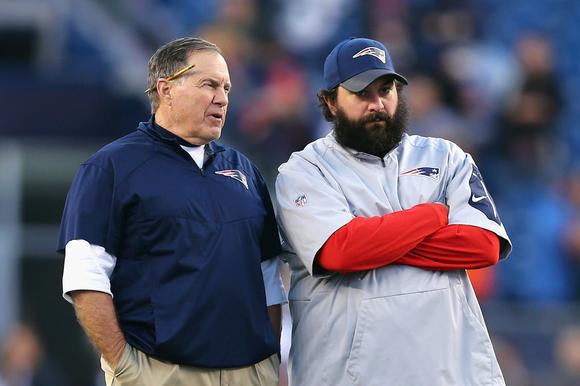 The Patriots’ assistant coaching staff met with the media for the first time in the 2022 season with one question on everyone’s minds: what exactly do you do around here?

Last season’s outside linebackers and defensive play-caller Steve Belichick had the most quotable response to a question about his title this season, saying, “I don’t really know, and honestly, I don’t care.”

Keeping assistant coaching titles close to the vest is frustrating for outside observers, but there’s a plan, and the coaches on the offensive side of the ball were more forthcoming about their roles.

Speaking for the first time since re-joining the organization, offensive assistants Matt Patricia and Joe Judge shed some light on the offense’s direction without Josh McDaniels at the helm.

From this perspective, it sounds similar to how New England handles the defensive side of the ball, where Steve Belichick is the play-caller, and Jerod Mayo has a heavy influence on game plans.

However, Judge told reporters that Bill Belichick hasn’t even internally named an offensive play-caller yet, saying, “nothing has been declared or decided.”

“You’ll see me on the field working with quarterbacks,” Joe Judge added. “I am working with Mac [Jones] as well as some other people on the offense.”

During his first stint with the Patriots from 2012 to 2019, Judge’s primary role was coaching special teams until he took on extra responsibility coaching wide receivers in the 2019 season.

But Judge explained that he was cross-trained behind the scenes on the offensive side of the ball, sitting in on offensive meetings for various position groups to learn the ropes in multiple phases.

Most likely roles for the #Patriots coaching staff:

Although most Pats fans know Patricia as a defensive coach, he broke into pro coaching as an offensive line coach and worked with Dante Scarnecchia in his first season with New England.

As far as the schematic direction of New England’s offense, Patricia declined to go into detail.

“Right now, it’s just phase two. We haven’t had any practice mentality from that standpoint where we had to get into that,” Patricia told CLNS Media. “There are things fundamental to offensive football here with the Patriots, whether it’s communication or terminology, that will always be consistent.”

Although Patricia reportedly has the inside track to call offensive plays, the sense here is that we could see a player-style camp battle for play-calling duties among the offensive assistants.

Between Patricia, Judge, and tight ends coach Nick Caley, all three assistants could be given chances in practice and during preseason games to call offensive plays.

From there, Belichick will decide who is best suited to take on those responsibilities both from an execution standpoint and what makes the most sense given the workload on each coach.

The Patriots are undergoing a seismic shift on the offensive side of the ball due to Josh McDaniels’s departure after 13 seasons coordinating New England’s offense.

With Patricia and Judge acknowledging significant roles in that transition, we’ll have to wait and see how it works out for the Patriots.