Patriots and Chargers Offenses Cut From the Same Cloth 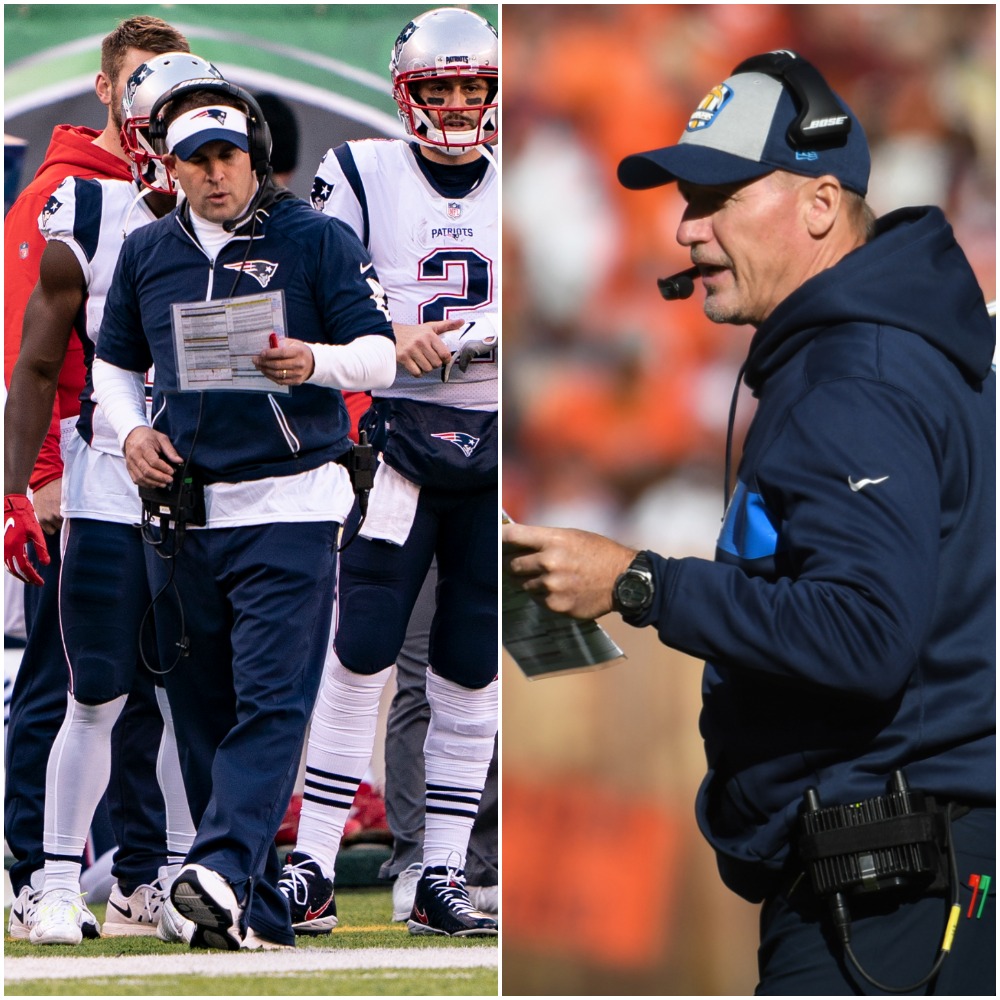 FOXBOROUGH — Although the faces are different, the Patriots and Chargers might feel like they’re staring in the mirror when evaluating each other’s offenses this week.

Along with having veteran quarterbacks, both teams run the Erhardt-Perkins system which is designed to create one-on-one matchups with multiple formations and receivers running out of different alignments.

As a result, these two teams move their receivers around more than most as their top targets play both on the outside and in the slot on a regular basis.

“He plays everywhere. He can do it all. So, whatever you need him to do, he can play inside, play outside, run option routes, run vertical routes, double moves, good stem route runner. Again, big hands, strong, big target, tough after the catch. It doesn’t matter where you put him; he’s a problem. He’s one of the best receivers in the league,” Patriots head coach Bill Belichick said.

This season, offensive coordinator Ken Whisenhunt split Allen’s usage right down the middle in terms of lining up in the slot or out wide, and his 1,196 receiving yards are spread out evenly between the two alignments as well.

On top of Allen, this philosophy also trickled down to the other receivers on the Chargers roster with Mike and Tyrell Williams and Travis Benjamin all lining up in the slot on at least 30 percent of their routes.

And in their win over the Ravens, Mike Williams had the longest reception of the day for LA with a 28-yard grab from the slot.

For the Patriots, the closest thing they have to Allen’s balanced attack is wide receiver Julian Edelman; most people view Edelman as only a slot receiver, but he has made plays on the outside throughout his career as well.

This season, Edelman’s been used more in the slot than in years past, likely due to Josh Gordon’s arrival, but he still caught 26 passes for 300 yards outside.

And the Patriots’ receivers had similar splits when it comes to moving around the formation.

From a receiver’s perspective, both Phillip Dorsett and Chris Hogan described the slot as a different game than running routes on the outside.

“It’s a different world,” Dorsett said. “You gotta be a lot smarter when you’re playing in the slot. You have to be able to read coverage, and you have to be a little crafty. It’s a lot different, but if you’re a smart football player and you watch a lot of film, you’ll be able to excel in the slot.”

“It’s definitely a different feel,” Hogan added. “Little bit more area, dealing with navigating traffic sometimes going across the field or different leverages based on what the coverage is; so trying to notice things to try to help you with whatever route you have based on the coverage and seeing pre and post-snap reads.

As for Edelman, one of the game’s top slot receivers said, “there’s more space inside, probably. I think you have to study if you’re inside, outside, in the backfield regardless because this league is smart and complex there’s guys flying around everywhere and world-class athletes.”

Asked if more experience in the slot helps him with timing up hits over the middle Edelman told me, “there’s an art to thinking you know where they are coming from, but everyone has a plan until they get hit in the face.”

On the other side of the ball, the guys tasked with covering Allen all over the field had similar thoughts on the challenges of tracking receivers both on the perimeter and inside.

“The biggest difference on the outside or the perimeter is that you have the sideline,” cornerback Jason McCourty said. “I think that’s one thing you get used to as a corner, when a guy releases outside, there’s only so many routes he can run. Obviously, you can’t run an out pattern because you’re running off the field. When you’re in the slot, depending on your leverage and defenses, guys have a lot more room to work.”

“When he can release outside, come back inside or release inside and come back outside. So I think that’s the biggest difference, trying to do a ton of film study to realize, ‘hey, when he does this release they’re running more of these routes.’ I think you can read a lot more from the defenses perspective from the backs or formation whereas on the outside it’s just mono e mono when on the inside you have to do more route recognition.”

If you’re looking for one more similarity between these two offenses, you’re looking at the top two teams in terms of production out of their running backs in the passing game.

During the regular season, the Chargers led the NFL in receiving yards by running backs, and the Patriots weren’t too far behind in second.

The similarities between the two offenses won’t impact the outcome of the game but defending the various formations and alignments that the two teams put their receivers in will.

And both teams will be hunting for one-on-one matchups that exploit the weaknesses in both defenses.