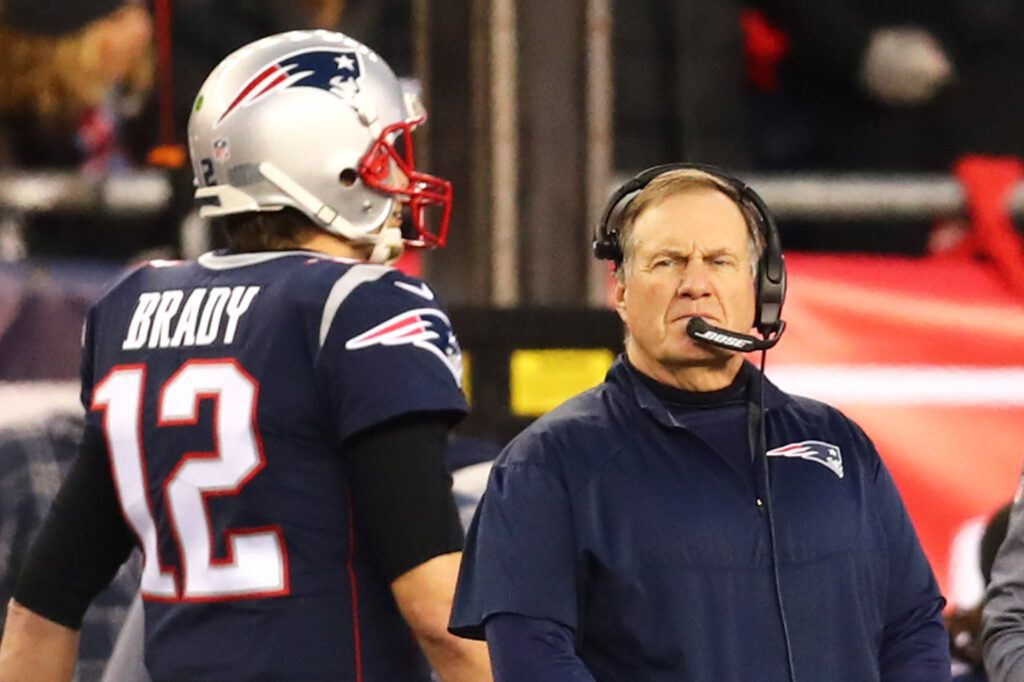 FOXBOROUGH — Over the next few days, you’ll hear plenty of stats about Sunday’s AFC Championship Game between the Patriots and Kansas City Chiefs.

However, none will be more polarizing than what happens in the postseason to Tom Brady and Bill Belichick’s team when they face a playoff opponent that they played during the regular season.

Since 2001, the Patriots are a near-perfect 16-1 in playoff games where they didn’t play their opponent earlier that season with the loss in last year’s Super Bowl being the lone slip-up.

But in rematch games, the Patriots are nearly a .500 football team at 12-9, and six of those losses came in either the Super Bowl or AFC title game.

When you take a deeper dive into this trend, it does present some good news for New England.

The Patriots are 9-3 when they win the regular season matchup as they did in Week 6 against Kansas City compared to 1-5 when they lose during the season (excludes playoff matchups against the Jets), which would suggest that the better team usually wins in both instances.

“I think it’s a little different when you play a team three weeks ago, two weeks ago. A lot usually is very similar,” safety Devin McCourty said. “I think because we played each other so long ago, you definitely watch the game and you go over some of the things that went well or didn’t go well because those things could come back up. But a lot of times, the teams you play in October – we’re not the same really. It’s just a little different.”

The Patriots captain continued with an interesting example, “I think it’s a little different when you play a team a couple of weeks ago like how Baltimore and L.A. [Chargers] played towards the end of the regular season [Week 16] and then in a playoff game, like you don’t have that much time to make a lot of changes at this time of the year.”

For the sake of argument, let’s investigate McCourty’s assessment.

Out of the eight losses, once again excluding the Jets, only two of them came when the first matchup took place in the first month of the season, and the average week of those eight contests was Week 9.

Furthermore, some of the most infamous losses of the Brady and Belichick dynasty were in rematch games when the two teams met late in the regular season.

There were the two recent losses to Peyton Manning’s Broncos in 2013 and 2015 when the two teams played in Week 12 both seasons, and the infamous loss in Super Bowl XLII to the New York Giants that ended an undefeated season came after the Patriots played New York in the regular season finale.

And former members of both teams admitted that the Week 17 matchup between the Pats and Giants played a role in New York’s upset in the Super Bowl.

“I was thinking, ‘holy crap, I know no one wants to play that team. No one.’ I wouldn’t say doubt crept in that night, but I wondered, ‘are we beatable?'” former Patriots safety Rodney Harrison told the great Peter King recently.

This week, you’ll hear stats about freezing cold temperatures, the Patriots’ record on the road this season and even a disturbing trend for New England on grass fields like Arrowhead Stadium (1-4 this season).

But even if head coach Bill Belichick won’t admit it, playing his team multiple times in a season gives playoff opponents a leg up compared to those that have to battle the Patriots for the first time in a winner-take-all scenario.

“It doesn’t really matter what else something else could be. It’s what this is,” Belichick said.