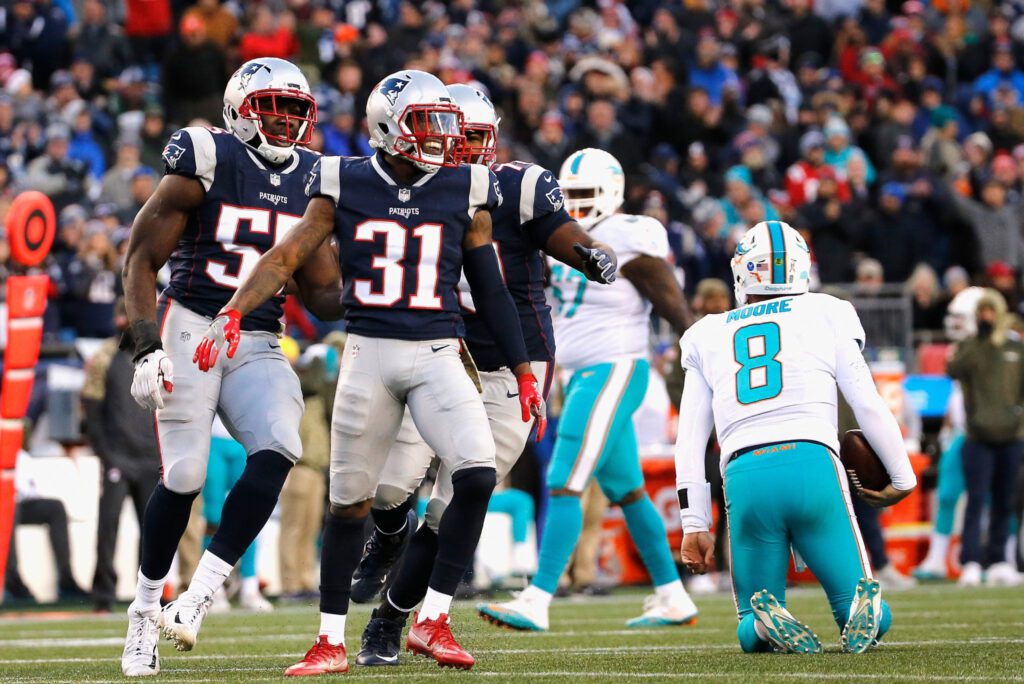 The story of Super Bowl LII was the benching of cornerback Malcolm Butler.

But an injury that occurred during the Divisional Round against Tennessee made matters a whole lot worse for the Patriots when the decision was made to sit Butler against the Eagles.

Healthy, and ready to compete, Patriots cornerback Jonathan Jones is focused on improving his game in every way as the team gears up for the 2018 season.

Instead doing a thread on Jonathan Jones I broke down a play from last season that sums up why I’m excited to see the #Patriots CB on the field this season (sound on). pic.twitter.com/7vIl1WzBPY

Last season, Jones ranked third among slot defenders allowing a 54.9 completion percentage into his coverage in the slot, according to Pro Football Focus (min. 25 targets).

But the third-year corner, in true Patriots fashion, wouldn’t commit to being a slot specialist.

“I feel like anywhere they put me I’m going to try to step in and make plays. I’ll leave that up to the coaches,” Jones told CLNS Media on Tuesday.

The speedy Jones, who was surprised to hear that he’s tied with teammates Phillip Dorsett and Keion Crossen as the fastest player on the Patriots in Madden 19, admitted that his skill set fits in nicely with what the Patriots ask of their slot cornerbacks.

Defending the slot was an area of weakness for the Patriots a season ago, as they ranked second-to-last in yards allowed to receivers running out of the slot in 2017 (1,570).

Jones’ speed, quickness and tackling ability are all traits that make him an underrated slot defender in the NFL.

They’re also traits that project well on special teams, and Jones knows the importance of contributing to the kicking game in New England.

When asked if he prides himself on his ability to play on special teams, the Patriots cornerback said, “Definitely. Being able to play special teams and the kicking game here is big, and I’m continuing to build on that.”

The former Auburn star projects to be one of the Patriots’ top four cornerbacks this season, and a core special teamer, as the Patriots look to fix their issues in the middle of the defense.

But as Jones put it, “nothing is ever perfect,” and the 24-year-old said he’ll continue to work on improving his game in every way as he enters his third NFL season.