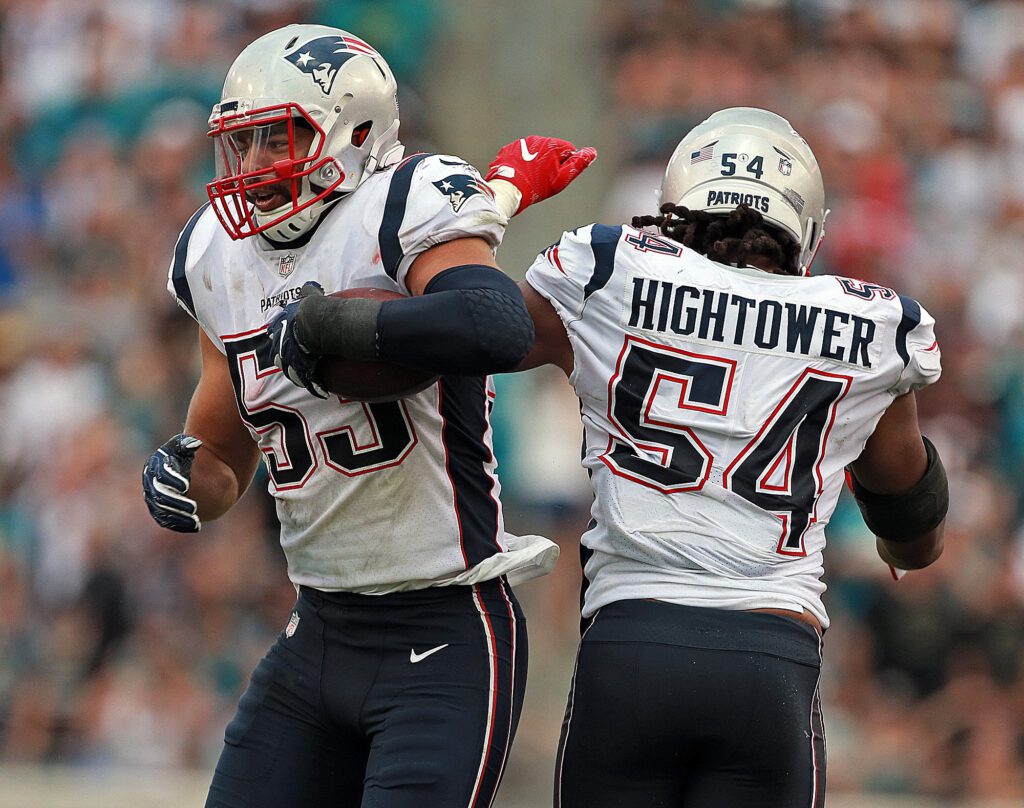 We are over four months removed from Super Bowl 53, and yet we are still unpacking things from a masterful performance by the Patriots defense.

The plan to shut down Sean McVay’s offense was not new material from Bill Belichick, but it did show that the Patriots are evolving with the times.

The Patriots’ veteran secondary led by All-Pro corner Stephon Gilmore posted the second-best coverage grade behind only the Chicago Bears in 2018, according to Pro Football Focus.

Leaning on the secondary, the Patriots unleashed a variety of simulated pressures which are designed to confuse opponents rather than overload protections like a traditional blitz.

With these simulated pressures, or creepers, the defense shows blitz from multiple defenders, but only four defenders end up rushing the quarterback.

For example, the pass protection might need to account for four down linemen, two linebackers and even a third-level defender all on one play and then has to read and react after the snap to who’s rushing the passer.

Simulated pressures create one-on-one matchups and even free runs at the quarterback while still allowing the defense to drop seven into coverage, which is huge for defenses against high-powered passing attacks.

New England sent only four defenders into the pass rush 60 percent of the time last season but still saw a considerable uptick in production.

The Pats generated 49 more quarterback pressures than two seasons ago while ranking 12th in pressure rate after finishing near the bottom of the NFL in 2017 (27th).

And the Patriots defense led the entire league in unblocked pressures (78) thanks in large part to these play designs.

Their only high-end pass rusher, Trey Flowers, is now a member of the Detroit Lions, but he benefited from the scheme as well leading all players in unblocked pressures last season.

Even without Flowers, the Patriots pass rush can continue on the same path next season as long as the creativity remains up front.

To illustrate what “simulated pressures” are, let’s take a look at some of the Patriots’ go-to schemes from 2018 (sound on):

SIMULATED PRESSURES IN THE SUPER BOWL

To mix things up, the Patriots incorporated five (20 percent) and six-man rushes (seven percent) along with their simulated pressures.

By showing offenses that they would bring extra defenders, it keeps their opponents honest when the creepers are roaming as potential threats to the quarterback.

In the Super Bowl, the Patriots defense brought simulated pressures and five-man rushes at Jared Goff all night long, but they brought one six-man blitz, which led to Stephon Gilmore’s fourth-quarter interception.

Simulated pressures are popping up all over the NFL as defenses try to keep pace with innovative offenses that are putting up points in bunches.

And as you’d expect, the Patriots are among those at the front of the pack evolving with the times.