Could New England bolster their defense with the former #1 overall pick? 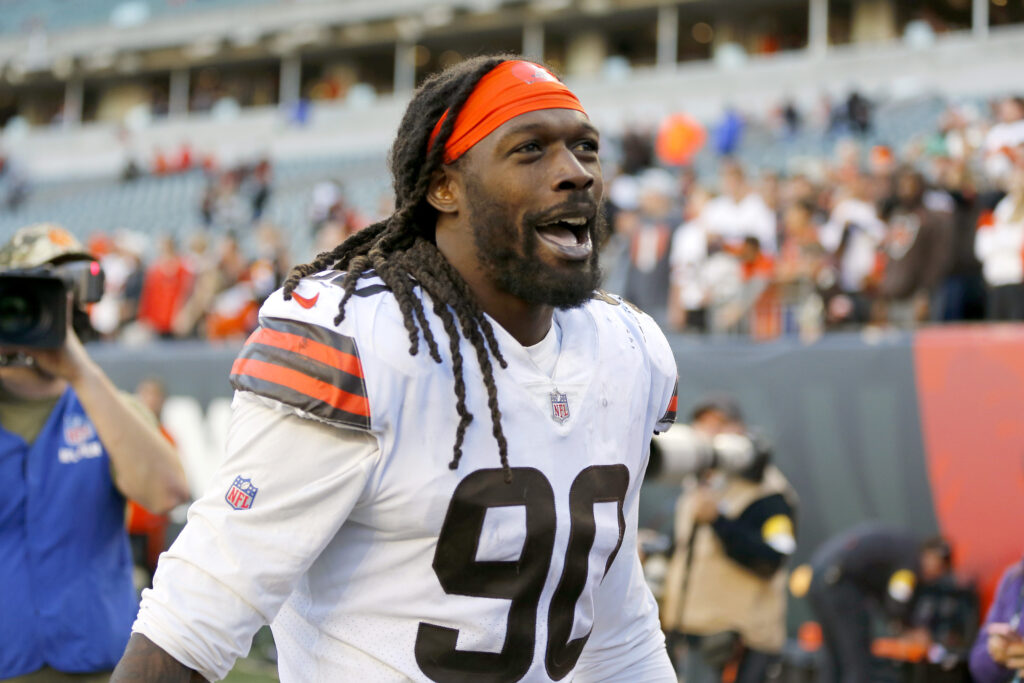 As NFL free agency officially “began” today at 12pm EST, many top players whose contracts have expired are set to be moving on from their current teams.

Jaguars are giving former Cardinals WR Christian Kirk a four-year deal worth up to $84 million deal, per source.

The New England Patriots, despite rumors of them wanting to get involved, have yet to make a splash. Although they have re-signed S Devin McCourty, QB Brian Hoyer, and ST Matthew Slater over the last 24 hours, they still have yet to expand outside of their bubble.

New: The #Patriots have agreed to terms with QB Brian Hoyer and G/C James Ferentz, according to a league source. This comes a day after the club agreed with safety Devin McCourty (1 year, $9 million). https://t.co/Wzg7UjY5vT

They are – however, the favorite to land free agent defensive end Jadeveon Clowney according to our friends at BetOnline.ag. Here is the full list of odds for Clowney’s next team:

Jadeveon Clowney Next Team (If Not Browns)

Clowney would be an awesome addition to this Patriots defense – for the right price. He is a solid veteran presence who could line up opposite of Matthew Judon and wreak havoc for opposing quarterbacks. They need all of the help they can get on a defense who completely fizzled down the stretch last season.

According to CLNS Media’s Evan Lazar, New England has also had preliminary talks with Packers wide receiver Marquez Valdez-Scanting – but nothing is imminent.

On Marquez Valdes-Scantling: the #Patriots had preliminary talks with MVS’s camp, per a source, but there’s nothing imminent there either way.

Valdes-Scantling’s market is robust. Deal could be north of $12M APY.

Getting second year quarterback Mac Jones a 6-foot-4 target like MVS to throw the ball up to would be awesome for his growth. Mac needs a guy he can trust in pressure situation, and I believe Valdez-Scantling has the potential to be that guy. This is another one who – for the right price, would be a great signing by New England.

There’s still plenty of times to make moves, however at this time last year the Patriots “already added 4 new starters on contracts worth up to $146 million,” according to the Boston Herald’s Andrew Callahan.

Be sure to keep it here with us on CLNS Media for all of the latest free agency news, and to see who may be suiting up for New England come September.