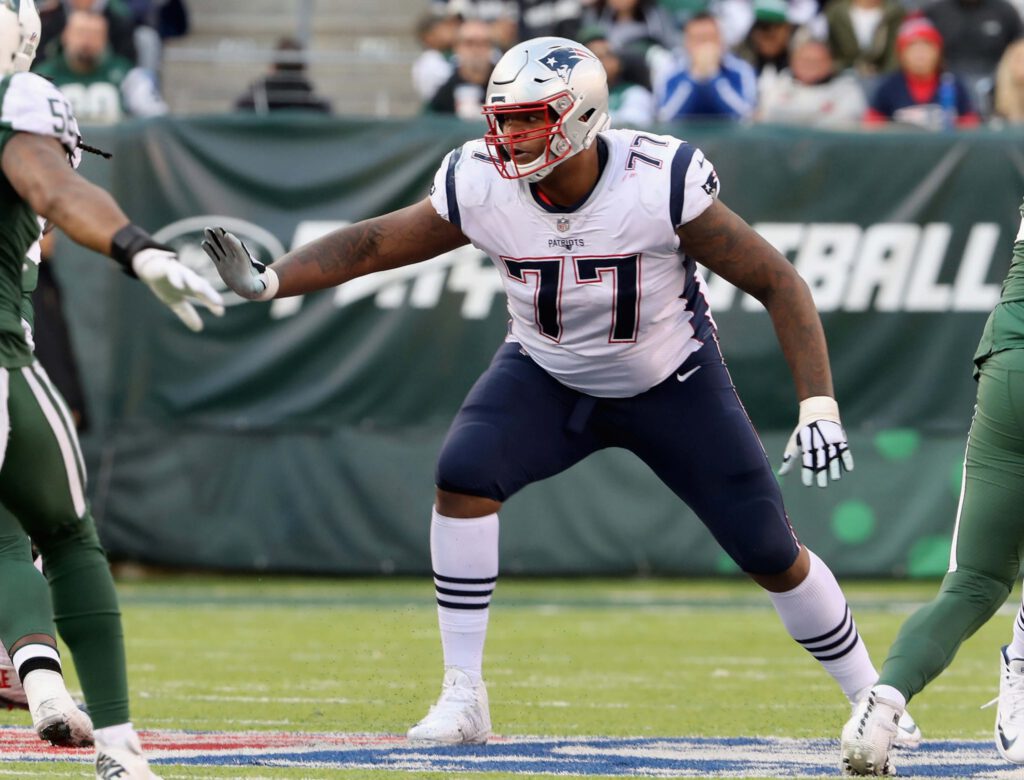 The Patriots still have some unfinished business in the 2018 season, but regardless of the outcome, they’ll enter an offseason of uncertainty with a bevy of notable free agents.

Defensive lineman Trey Flowers is the obvious choice if the Patriots want to pay someone their market value, but left tackle Trent Brown is also set to become a free agent, and his evaluation is a bit more difficult.

During the bye week, I reviewed some film notes on Brown, and although there are good things, I have some reservations about paying him top-dollar.

Here’s what I’m seeing with Brown that gives me pause, and two players the Patriots might extend a year early based on their 2018 performance:

Like most of you, I thought Brown was having a solid first season in New England, and for the most part, he has performed well as a pass blocker.

This season, Brown only allowed three sacks, and his pass sets are usually clean thanks to good technique out of his stance that produces a massive first step making him tough to get around.

If I had to nitpick with Brown in pass protection, it would be against smaller and quicker rushers as you’d expect for a big guy.

Brown had some trouble bending the arc with those guys to keep them in front of him. As a result, Bills pass rusher Jerry Hughes got the best of him in both games including a five pressure performance in Week 16.

Once Brown gets his big hands on you, you’re done, but pass rushers like Hughes use a quick first-step and bend around the edge to get underneath him.

However, the main issue in Brown’s game is his run blocking, which is far too inconsistent, and an area where he struggled over the last month of the season.

BLOCKS ON THE LINE OF SCRIMMAGE

On blocks at the line of scrimmage, Brown’s having trouble leveraging blocks and keeping his balance bending too much at the waist instead of with his knees.

That type of movement causes Brown to get too top heavy, and when he fires out of his stance, he gets off-balance, and you can get underneath him too easily.

For a player of his size, you’d expect to see more power and finish that hasn’t been there down the stretch, and that’s likely due to Brown losing his way with his technique.

CLIMBING TO THE SECOND LEVEL

The timing of Brown’s blocks at the second level has been off for weeks, which was surprising given the success the Patriots had in the running game.

In many ways, blocking schemes that ask linemen to chip and then climb to a linebacker are rhythm blocks, and Brown’s doesn’t hit the right beats causing him to be late to his second block.

He also struggles at times with locating the moving target, and when he does, he doesn’t finish with the power that you’d like to see downfield. The first play looks uglier than the second here, but Brown out-weighs Steelers linebacker Bud Dupree by over 100 pounds yet he can’t get any power behind his pads to win that block.

Ultimately, a pass-heavy team might decide that Brown’s solid season in pass protection with stretches of elite play might be worth a lucrative contract in free agency.

But if I’m the Patriots, I’m not overextending to keep Brown, especially with 2018 first-round pick Isaiah Wynn returning from injury next season.

Somewhere around $8 million per year seems fair for Brown.

Both of these players are 2020 free agents, but have earned second contracts with the team, and won’t cost a fortune.

Thuney has been remarkably consistent and durable in his three-year NFL career.

The Pats left guard was the only ironman on the team playing every offensive snap for New England this season, and has only missed 12 snaps in three seasons (99.7 percent).

He’s also a darn good player grading out in the top 15 at the position and was the third-best guard in pass protection this season, according to Pro Football Focus.

Thuney has tackle skills playing on the interior with long arms, quick feet, and a very sturdy base making it difficult for defensive linemen.

In the running game, Thuney’s above-average on double-teams and his athleticism has led to some impressive blocks on the move.

If the Patriots extend Thuney, they’ll have their three starters on the interior locked up for the next two seasons.

Belichick has mentioned Van Noy as one of the leaders of the defense due to his knowledge of the playbook, and his versatility is also something the works well in the scheme.

He uses his quickness well on the interior, has a knack for timing up blitzes, and was productive as either a wrap player or penetrator on stunts.

The Pats linebacker also set the edge well in the running game.

The Patriots seemed to have found a good role for Van Noy this season, and he has developed nicely after a rough start to his career in Detroit.