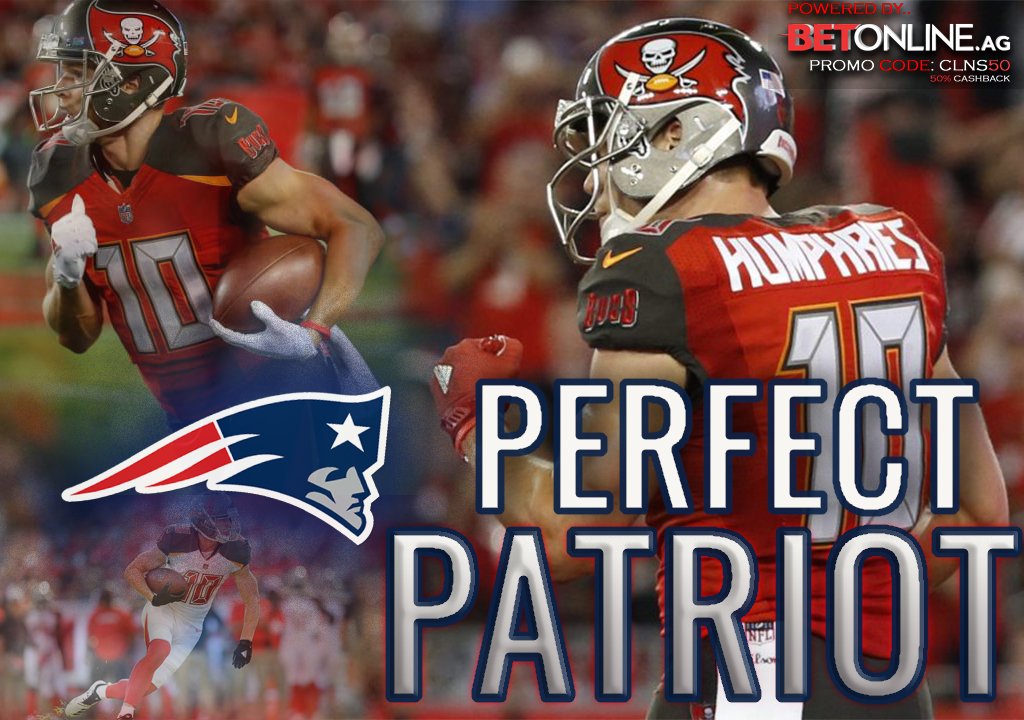 Six years ago the Patriots opened free agency with a 31-year-old Wes Welker, fresh off his fifth Pro Bowl selection with New England, as one of the top free agents in the NFL.

As we know, Welker signed a two-year deal with the Denver Broncos after a negotiation battle with Bill Belichick and the Patriots went south.

In response, the Patriots inked 27-year-old Danny Amendola to a five-year, $31 million deal to fill the void that Welker left behind.

Six years later, and it was Julian Edelman, not Amendola, that replaced most of Welker’s production, but Amendola played a critical complementary role in his five seasons in New England.

Now, the Patriots find themselves in a similar scenario with the 32-year-old Edelman entering the final year of his contract.

The eventual Edelman replacement, as was the case with Welker, could be on the roster in Braxton Berrios, or the Patriots could use a draft pick to acquire Edelman’s successor.

Even though it’s one year earlier, the Patriots can replicate the Welker to Edelman and Amendola passing of the torch with free agent wide receiver Adam Humphries.

Humphries is one year younger than Amendola was in 2013, and in the same four years in the NFL, the former Bucs wideout is the more productive player.

In his first four NFL seasons, Humphries played in 18 more games than Amendola showing better durability, and as a result, has Amendola beat across the board statistically.

Last season, Humphries had more yards (816) and touchdowns (five) than any season Amendola has put together to this point.

On the surface, a contract for Humphries in today’s market with the rising cap looks unrealistic for New England.

However, if we take Amendola’s deal six years ago and adjust it for today’s salary cap, the number is a competitive offer for Humphries’ services and not a massive hit on the cap.

At the time of signing, Amendola’s deal was roughly five percent of the salary cap based on average annual value ($6.2 million per season).

In 2019, five percent of the salary cap is around $9.5 million which sounds reasonable given there are reports out there that Humphries might demand over $10 million on the open market.

And before you freak out over a $9.5 million cap hit for Humphries, the Patriots would likely structure the deal strategically, as they did with Amendola, to avoid a large cap charge next season.

The Patriots kicked the can down the road by giving Amendola a $6 million signing bonus knowing they’d probably restructure the deal at some point, which is exactly what happened.

Now that we’ve got that covered let’s talk about what makes Humphries such a great fit in the Patriots offense.

Last season, Humphries ran over 80 percent of his routes in the slot and had the fifth-most receiving yards from a slot alignment among wide receivers (666 yards).

The Bucs wideout accumulated those yards by running routes straight out of the Patriots’ playbook, and fighting for yards after the catch.

Let’s start with an explosive play from Humphries that flashed some Edelman-like route running.

The Bucs have Humphries in the right slot on the strong side of the formation (same side as the tight end). The Redskins play a cover-2 zone, but Humphries essentially has a one-on-one with the slot defender. He challenges the defenders’ leverage with an outside release, but the beauty of this route happens in his route break at the top. First, he’s going to get right up on the toes of the defender and then uses his inside hand to swat the defenders’ jam out of the way. When he cuts the top of the route, watch the ability to sink his hips like he’s sitting in a chair and flip them inside towards the quarterback. Then, Humphries sits in the zone, and when Fitzpatrick gets him the ball immediately converts into YAC mode to pick up a few extra yards. That’s the kind of hip flexibility that allows a receiver to separate quickly at the top of the route.

Humphries’ separation quickness would also make him lethal on option routes, a staple of the Patriots offense.

Here, Humphries runs a “juke” route, which is an Edelman favorite. He goes with a delayed release which allows him time to process the defenders’ leverage and forces the corner to remain square to him. Then, he takes two hard steps upfield at the defenders outside shoulder, and then his final move before he breaks is a horizontal step toward the sideline. Those actions cause the defender to move his feet to cut off the outside, and then Humphries uses that horizontal step to transition himself into a half spin at the top of the route to break inside the defender for an easy touchdown. In the red zone, defenders are taught to protect the inside, but Humphries’ footwork and route running forced the defender to give the easy path to the end zone away.

Finally, Humphries has running back-like skills after the catch with good vision and admirable toughness to take on defenders.

On this play, the Bucs clear out of a pocket underneath the defense for Humphries with a trips formation to the quarterbacks’ left. The outside receiver runs a fade up the sideline, and the inside slot receiver runs a curl over the middle, giving Humphries space to sit underneath the defense. When he catches the ball, he has roughly ten yards to go to the end zone and five Bengals defenders in the vicinity, and somehow muscles through all five tacklers to fight his way into the end zone. Over the years, we have seen Edelman battle his way into the end zone in a similar vein a few dozen times.

Humphries could be too costly for the Patriots if the money gets insane.

However, beyond the stereotypes of his build and skin color, I believe that he could be an extremely productive receiver catching passes from Tom Brady.