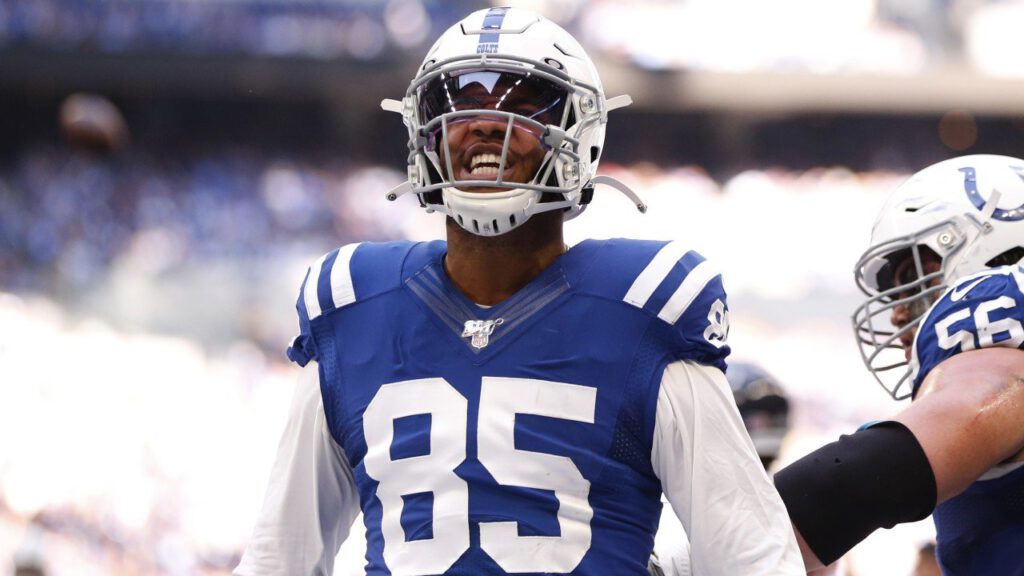 Without Gronk, New England ranked dead-last in receptions (37), receiving touchdowns (two), and second-to-last in receiving yards (419) from the tight end position in 2019.

Although the Patriots got top-end production because of Gronkowski, tight end is a vital position in their offense, which focuses on winning between the numbers and a power running game with efficient in-line blocking and a play-action passing game. We saw it all take a hit a year ago.

No, it wasn’t all the absence of a tight end, but that was undoubtedly a significant factor, and the team is placing emphasis on acquiring and improving the tight end room this offseason.

Below, we’ll go over the plethora of options the Patriots have to add tight end help through free agency and trades, and the likelihood that they’ll end up in New England:

According to a team source, the Patriots are expected to make a run at former Colts and Lions tight end Eric Ebron when the legal tampering window opens on March 16.

Ebron is a year removed from a Pro Bowl season in which he caught 13 touchdown passes from Andrew Luck; give this guy a good quarterback, and he will produce.

Ebron isn’t known for his blocking, although his Colts tape the last two seasons wasn’t a complete waste of time in that regard. He can execute kick-outs and down blocks, but we shouldn’t expect him to be a focal point of the rushing attack.

Ebron shines as a pass-catcher, where he’s got some serious burst and vertical speed for a tight end. Ebron is too fast for most linebackers and is dangerous running the seam. Even in the red zone, he can separate over the top due to his sudden acceleration of the line.

He also can body defenders and box out in the end zone. On the play above, the defensive backs tried a quick-jam, and Ebron was ready for him, using that momentum against the defender to win with body positioning and high-point the back-shoulder throw.

At only 27 years old, Ebron has plenty of good football ahead of him, and he has posted a 69.0-plus receiving grade in each of the last four seasons.

Hooper is one of those guys that doesn’t have any major warts but also lacks an elite skill; he’s pretty good at everything he does, but not dominant in any phase of the game.

Hooper’s skill set can be valuable if appropriately implemented, and he’s got some versatility and athleticism as a receiver and will have a decent market in free agency.

The current Falcons tight end has developed into a useful receiver thanks to his speed to carry vertical routes and skill at the catch point to hold off defenders from making plays on the ball.

One of those plays was a touchdown grab in Super Bowl LI against Patrick Chung. Hooper has the burst to get past Chung and create a passing lane, and then uses his trail arm and hand to hold Chung off at the catch point.

The Falcons will also throw tight end screens to Hooper and let him get rolling downhill in the open field. He’s a physical ball carrier with some wiggle and straight-line speed to create after the catch.

Plus, he hauled in six touchdowns last season, and some of that production came by boxing out defenders and winning 50-50 balls in the end zone.

Hooper might price himself out of the Patriots market, but he graded out as the fifth-most valuable tight end in football last season due to his well-rounded skill set.

We’ll keep it short with Henry because reports indicate he’ll be franchise tagged by the Chargers, although there’s been no official word from LA with the deadline looming.

If you are in the market for a true Y…an old school tight end…then Hunter Henry is your man.

It is risk and reward trying to figure out his injury history. #BaldysBreakdowns pic.twitter.com/wYudLVbET6

Henry’s injury history is lengthy, but he’s a stud tight end that plays the traditional “Y” role at an elite level. If he hits the open market, give him the bag, it’s a no brainer.

The Patriots have long coveted Eifert calling the Bengals for a trade several times, but Cincinnati’s asking price was too steep. Eifert appeared in all 16 games for the Bengals a year ago for the first time in his career, and he has an extensive injury history. Still, he’s got good size, excellent hands, and knows how to use his big frame to win with body-positioning in the middle of the field.

Eifert has a good suddenness in his routes. He’ll make his releases look the same and hold defensive backs on their mark before exploding through a break, which makes it challenging to jump his routes. With that kind of patience it allows him to use his big body to shield the catch point and make adjustments to off-target throws without disruption.

Although Eifert is far removed from his Pro Bowl season in 2015, where he had 13 receiving touchdowns, the Patriots seem willing to take a chance on a boom or bust candidate.

Despite limited production and a lack of a role in Bruce Arians’s wide receiver-heavy offense, the Bucs were reluctant to deal the tight end at last year’s deadline. The Patriots called Tampa about the former first-rounder, and were told no, but could that change? My sense is that it’s a possibility if New England makes a strong offer.

Howard was on an upward trajectory posting an 89.1 overall grade in 2018 (third among tight ends) while averaging 6.4 yards after the catch, but his production tanked the following season.

The Patriots likely covet Howard’s two-way ability as both a receiver and blocker and frankly, he was always more of a blocking tight end going back to his college days at Alabama.

He’s still a viable pass catcher, where he has success on over routes or crossers, digs, slot fades, and corner patterns. On the play above, Howard gets matched up with a zone-dropping linebacker in cover-three. He shakes the defender at the top of the route, makes a great cut to get around the oncoming safety, and accelerates down the sideline for a touchdown.

Here, Howard beats man coverage on a corner route. He works through contact in his stem to stack the defender, then sells an inside fake to create a passing window, making a good adjustment on the over the top throw.

Then, there’s his blocking abilities. The Bucs use Howard as a lead blocker on the play above, and he gets enough of Panthers linebacker Luke Kuechly to make a hole for Peyton Barber.

The Patriots would make much better use of Howard than Arians and the Bucs, but they’ll need to make a substantial offer to pry him out of Tampa.

Another former first-rounder, Njoku is on the trade block after falling out of favor with the last coaching staff and now going through another coaching change in Cleveland.

The Browns tight end had a 56-catch season in 2018, but he’s more raw potential than production and struggled with injuries in 2019.

Still, Njoku is a mismatch in all areas of the field, and especially in the red zone, where his elite athleticism makes him lethal on back shoulder and high-point fades. If you get him one-on-one, he’ll consistently win at the catch point.

Njoku is also a beast in the open field, where he can avoid tackles with lateral cuts and open up his strides to run away from the defense.

Although he’s not a great blocker, Njoku would add a much-needed punch in the passing game and a red-zone threat to wake up the 26th-ranked red area offense a year ago.

How sweet would this option be for the Patriots, and Engram is available if the Giants get a big offer. Although he’s more wide receiver than traditional tight end, Engram is setting a trend around the league of super athletic and fluid movers that have tight end route trees.

Engram can stretch the defense vertically, beat press coverage on the outside, run quick change of direction routes on the inside, and consistently win his matchup all over the field.

Here, you can see Engram’s suddenness and footwork at the line of scrimmage to create an opening into the seam and his insane hands and catch radius to snag the one-handed grab.

Now, he’s isolated on the outside and beats press coverage with an inside stutter release. Once again, he’s explosive in his movements, gets into the body of the defensive back in his stem, and jumps over the top of the defender to high-point the ball and get his feet in bounds.

Then, it’s the short-area quickness to sink his hips and explode on sharp cuts. Engram dusts a linebacker with the Edelman “juke” route, looking like a slot receiver at 6-3, 240 pounds.

The Patriots will need to anty up to get Engram out of New York, but he might be the most talented pass-catcher on the market regardless of position.

Baltimore has so many tight ends that they can afford to give one up to a team like the Patriots, even if it means helping a fellow AFC contender.

The Ravens rely heavily on all three of their tight ends, but Mark Andrews is a star, they already paid Nick Boyle last year, and Hurst isn’t living up to his first-round status as of now.

Hurst isn’t as explosive as the other options on this list, but he has a nice feel for uncovering against zone coverage in the middle of the field and snaps around to become a QB-friendly target. He’ll run the seam a little and can be featured in play-action concepts. Plus, he can block, which was apparent on his college tape during the draft process as well.

The Patriots might need to out-bid other teams for Hurst, seeing that they’re in direct competition with the Ravens, but he’d be a nice get for New England due to his untapped potential.