Patriots Game Plan: the Key for the Pats Defense Against Patrick Mahomes and the Chiefs 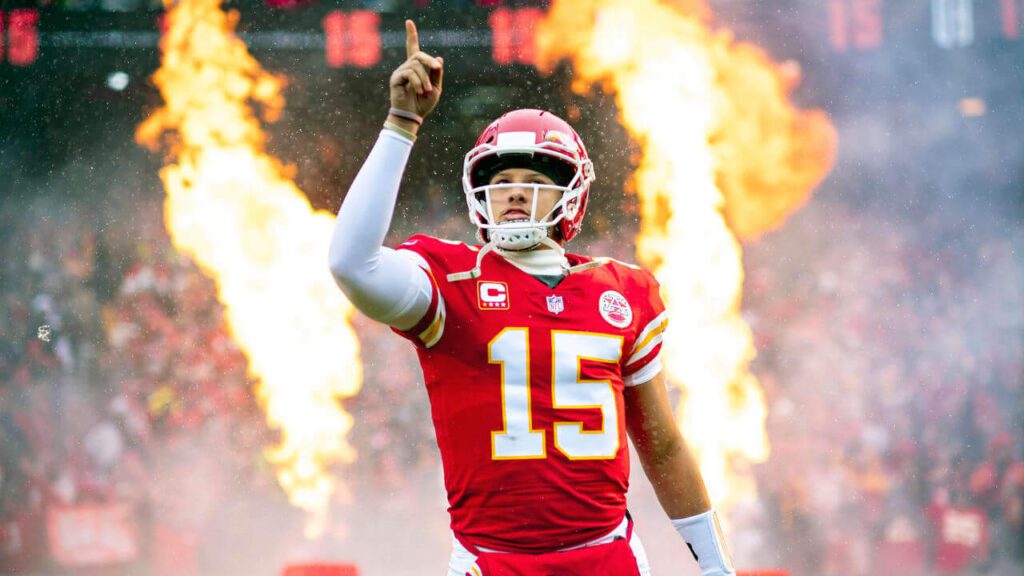 FOXBORO — This week’s matchup between the Patriots and Chiefs pits the two best coaches on their respective sides of the ball against each other.

Both Belichick (defense) and Andy Reid (offense) are innovators. They have a strong foundation to build off of in their systems, but they’re always adding new wrinkles and keep things current.

The last two seasons for Reid have been a perfect marriage between personnel and scheme, with Patrick Mahomes’s rocket arm combining with the fastest group of receivers in the league.

On the other sideline, Belichick has figured out ways to slow down the Chiefs offense in consecutive first halves, but Reid eventually opened things up with two 31-point second halves.

In the last two games against the Patriots, the Chiefs offense has put up a combined 62 points and 494 total yards in the second half after scoring only nine points before the break.

Although the dam eventually broke, the Patriots discovered ways to have success against the potent Chiefs offense by playing aggressive man coverage against the KC receivers.

Mahomes and Reid are zone busters. Reid’s offense is designed to get his speedsters into voids of space, creating foot races all over the field, making zone coverage nearly impossible to execute.

Here’s an example from Kansas City’s win over Oakland last week. The Raiders are in quarters coverage with the deep zone defenders taking a fourth of the field.

The Chiefs call a double-post combination to the two-receiver side with tight end Travis Kelce coming on a backside crosser. The post routes by Hill and Hardman occupy the deep-fourth players on that side, flooding the coverage with Kelce’s pattern for a 47-yard gain.

And in the regular-season matchup, the Patriots abandoned their man coverages in the second half, which led to some absurd numbers for the Chiefs offense.

The old saying goes you play zone to beat the quarterback and man to beat the receivers. To beat the Chiefs, disrupting the receivers to force Mahomes into making consecutive spectacular plays is the best bet.

Since the key is to play man coverage, let’s revisit some of the schemes the Patriots used to disrupt the Chiefs receivers and how Reid got the KC offense going in the second half.

Along with man coverage, the Patriots also confused Mahomes with different pressure looks. Mahomes is making strides in deciphering pressure pre-snap, but any quarterback can get confused by Belichick’s schemes. In the end, it leads to unblocked pass rushers.

“He does good with that, and he’ll probably need that this week, right? That’s something you’ve got to be ready for,” head coach Andy Reid said on his Wednesday conference call.

New England’s go-to play call on third downs was “dime odd magic zero.” The odd front puts five defenders on the line of scrimmage, and then the “magic” call is a stunt scheme where the rushers read the protection. The wrap player, in this case, Kyle Van Noy, wraps opposite the slide of the offensive line. In the secondary, the Pats double Tyreek Hill along the left sideline with Jon Jones and Devin McCourty, taking him out. JC Jackson is on Travis Kelce in the #3 position (inside slot) and gets a good jam to slow the All-Pro tight end. Van Noy comes through unblocked, and with good coverage in the secondary, sacks Mahomes.

We know about Hill’s game-breaking speed, but Kelce is a tough matchup. Belichick said position labels don’t matter with Kelce, because he can run the entire route tree.

“It’s probably bigger than anybody in the league,” Belichick said of Kelce’s expansive route tree. “He’s got every tight end route, he’s got every receiver route. I mean, there’s not a route he doesn’t run. There are four receivers out there on every play.”

The Patriots doubled Hill on over 40 percent of his routes and limited Kelce with physical man coverage from their cornerbacks, Jackson and in the fourth quarter, Stephon Gilmore.

#Patriots safety Duron Harmon talked about the importance of film study when you’re apart of a double team, like he might be against Tyreek Hill this week. Watching the receiver together to figure out what he might do from different alignments. pic.twitter.com/b8gyssVATT

Pats safety Duron Harmon explained that film study is critical during the week so that both defenders in the double are on the same page.

The Pats also had success with zero blitzes against Mahomes and the Chiefs last season.

Here’s a great example of how the Patriots disguised pressure to confuse Mahomes and get a free runner at the Chiefs quarterback. New England designs its zero blitzes to attack the running back in pass protection. The Pats will use a “trail” technique where an off the line rusher will follow directly behind a player on the line through a gap. In this case, Devin McCourty follows Patrick Chung, and the running back is left in a two-on-one scenario. McCourty pressures Mahomes into a throwaway.

To combat the aggressive man pressure by the Patriots, Reid dialed up a few different pick plays to running back Damien Williams. Yes, some of them were illegal, but picks are a great way to beat man coverage.

As you might expect, the Patriots have an answer to rub routes to running backs out of the backfield. Here’s an audio breakdown from the win over the Cowboys that explains their strategy.

More opponents this season are playing man against Mahomes and company, knowing that it’s their best chance to slow down the Chiefs high-powered offense.

The chess match between Belichick and Reid now is an “I know you know” type of thing.

Reid knows the Patriots will probably play a lot of man coverage as they usually do, so he’ll have plenty of man beaters prepared this week. What will Belichick do to stay one step ahead?

We’ll have to see who blinks first in a matchup between two of the best in the game.

OTHER FILM NOTES ON THE CHIEFS

1. Chiefs Are League-Leaders in RPOs on Offense

Here’s that term again: RPO (or run-pass option). Kansas City under Reid is at the forefront of the RPO movement, with the Chiefs leading the league in RPO usage at 20.8 percent of offensive plays this season. Although Mahomes will hold the backside defender as a run threat, he has only kept the ball himself five times.

There are a few staple RPO concepts in the Chiefs playbook, starting with their most common scheme, which features an outside zone run with double slants on the backside. In this concept, Mahomes will read the backside linebacker, and there’s no option for a quarterback run.

KC will also call a zone-read with a bubble screen. The play is mainly designed for a run with either the back or quarterback. But if Mahomes gets the right look, the screen is an option too.

Lastly, one concept that Pats fan should know is a slant/flat RPO. Against heavy man teams, the read is often to run, but with slant/flat, there’s a rub in the concept that could pick man coverage.

The Patriots defense has focused heavily since the start of camp on improving against RPO concepts, and the Chiefs will certainly test that preparation on Sunday.

Clips in this section via Bobby Peters of USA Football

The Chiefs have a new defensive coordinator since the last time we saw them, and Steve Spagnuolo has this unit trending in the right direction. Kansas City is currently 15th in DVOA, a significant improvement from their 26th ranking a year ago. Under Spagnuolo, KC is more of a 4-3 defense, but more importantly, they’re operating out of a more elaborate scheme. The Chiefs will stunt along the defensive line, send zone pressures, and disguise coverages in the secondary. The stuff they weren’t doing under old DC Bob Sutton.

On Tyrann Mathieu’s interception, the Chiefs called “5 cougar” in the backend. The defensive backs will carry verticals like it’s man coverage, and then the outside cover guys will look to jump any out-breaking routes. In this case, the Chiefs get a deep out from #3 or the inside slot receiver, and Mathieu peels of his man to pick it. Carr thinks its man and throws it right to the Honey Badger.

The other interception went into the hands of rookie safety Juan Thornhill, another offseason pickup for the KC defense. This time, the initial call is cover-7 with the safeties bracketing the outside receivers. When the lone receiver to the left runs up the sideline, that gives Thornhill the freedom to hunt for a turnover over the middle, he jumps the route and takes it back for six.

Spagnuolo deserves credit for bringing some creativity to the Chiefs defense, but both Mathieu and Thornhill are massive upgrades at safety as well.

Although the Chiefs defense is improving, they’re still one of the worst run defenses in the NFL. KC ranks 30th in DVOA against the run, but with Spagnuolo, they’re sixth in pass DVOA. Running the football is the way to go against this defense, and if the Pats get into a pass-happy game against the Chiefs, they’ll probably lose.

Seth Keysor of The Athletic Kansas City was on my podcast this week, where we discussed the issues with the Chiefs run defense. One of the first things Seth pointed out was that the Chiefs lack an edge setter opposite offseason acquisition Frank Clark. As the Josh Jacobs run above shows, you can get the edge easily if you run away from #55.

We’ll see if Pats offensive coordinator Josh McDaniels will stick with the run this week.

The Patriots are on their third-string center in James Ferentz and his second career start will come against one of the best interior defenders in the league. Jones has pass-rush moves like a defensive end and will penetrate against the run. He can wreck this game for the New England offense if the Chiefs can find ways to get him one-on-one with Ferentz.