Patriots Gameplan: Bears Pass Defense Vulnerable Over the Middle of the Field 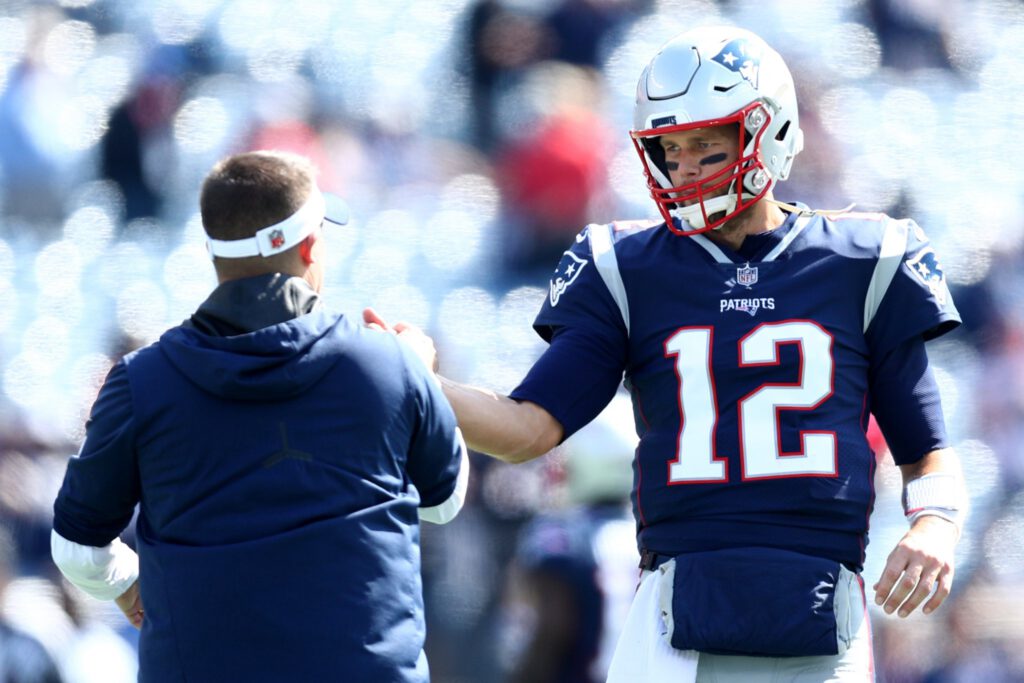 The Patriots offense will have its hands full on Sunday afternoon in Chicago against arguably the best defense in the NFL.

The Bears, despite a shaky second half against Miami last week, are the top defense in the league according to both Football Outsiders’ DVOA metric and Pro Football Focus’ grading system.

Chicago features a stingy run defense that has allowed only 83.4 rushing yards per game (4th in the NFL) and their pass defense leads the NFL in both DVOA and PFF grade as well.

Under defensive coordinator Vic Fangio, the Bears’ secondary makes it difficult on opposing offenses by disguising and playing a variety of different coverages.

Belichick went on to credit the Bears’ safety duo of Adrian Amos and Eddie Jackson for their ability to play multiple positions which allows Fangio to hide the coverage from the offense.

“They do a good job – [Adrian] Amos and Eddie Jackson. They do a really good job. I don’t want to say the’yre interchangeable, but they can both play free safety, strong safety-type roles. They’re both versatile players, good tacklers,” Belichick said.

However, as good as the Bears’ pass defense is, there’s a vulnerability that the Patriots can easily exploit with their offensive personnel.

Through five games this season, the Bears defense is allowing 8.7 yards per attempt and a 100.5 passer rating when opposing quarterbacks target the middle of the field.

When opposing quarterbacks target either sideline, those numbers drop to 6.7 yards per attempt and a 66.8 passer rating.

Now it’s important to note that inherently the middle of the field is a more efficient area to attack a defense, but in Chicago’s case, opposing offenses have picked on their linebackers and zone coverages between the hashes.

Below, we’ll go through some of the ways that teams have exploited the Bears’ weakness in the middle of the field with their passing game.

In terms of raw totals, the Bears defense has only allowed 25.6 receiving yards per game and one touchdown to opposing running backs this season.

But a closer look at the film will tell you that those numbers can be deceiving, especially when you look at starting linebacker Danny Trevathan in coverage.

Trevathan has allowed 266 receiving yards into his coverage on 13 receptions this season (20.5 average), and 201 of those yards have come after the catch.

And although the following examples are technically sidelined catches, you still see how the defenders that play primarily in the middle of the field can be exposed.

In Week 3 against the Cardinals, Arizona running back David Johnson hauled in the lone touchdown the Bears have allowed to a running back this season.

The Bears are in cover-1 man, one of their commonly used coverages, and the Cardinals use Johnson out of the backfield on a post-corner concept. Arizona runs wide receiver Christian Kirk on a post pattern from the boundary taking the outside corner with him toward the middle of the field which also holds the safety. That clears the space for Johnson on the corner route with Trevathan in man coverage, and the Bears linebacker has no chance of sticking with the explosive Johnson.

The Packers didn’t throw to offensive weapon Ty Montgomery often, but he gave the Patriots some things on tape to use against the Bears on Sunday.

The Packers send Montgomery into the flat on an out to the sideline. Montgomery uses an inside jab to turn Trevathan’s hips toward the middle of the field before breaking out toward the sideline, and he leaves the Bears linebacker completely in the dust. This play ends up going for an eight-yard gain on first down.

As you can see from these examples, expect Patriots running back James White, and possibly even Sony Michel, to have a big day in the passing game if Josh McDaniels can isolate them on the Bears’ linebackers.

The Bears have only surrendered 45.4 receiving yards per game to opposing tight ends this season, which ranks ninth in the NFL.

But the Bears defense has also allowed four receiving touchdowns to tight ends, which is tied for the most in the league.

And much like the running back position, a deeper dive into the tape shows that Patriots tight end Rob Gronkowski’s go-to route should be available to him if Chicago doesn’t take him out of the game completely with double coverage.

The Bears defense has problems defending seam routes, which is one of the Patriots’ favorites whether it’s to Gronk or a receiver lined up in the slot.

One of the reasons these routes work against Chicago is that they play their fair share of zone coverages, and they’ve had trouble shrinking the space between the linebackers and safeties.

On this play, the Bears appear to be in some form of a cover-6 coverage. In cover-6, there are three deep defenders; two of those defenders play on one side of the field like in quarters coverage while the other defensive back plays man past eight yards or drops into the deep half of the field like in cover-2. In this case, the boundary corner on the left sideline realizes that he’s alone with the “X” receiver on that side of the formation, so he plays in a pattern match coverage. That leaves the middle of the field open, and Bucs tight end Cameron Brate runs the seam route between the linebackers and safeties and holds onto the football for a touchdown after taking a big hit from Amos.

Similarly, against Chicago’s cover-3 defense, the Seahawks got tight end Will Dissly wide open up the seam on the same route.

The seam route has been a staple of the Rob Gronkowski route tree since he arrived in New England, but the Patriots also use their wide receivers on these patterns as well.

Although it’s difficult to throw to receivers on the perimeter against Chicago, the Dolphins were able to get their wideouts involved in their second-half explosion last week versus the Bears over the middle.

Miami and backup quarterback Brock Osweiler put up 21 points and 210 passing yards against the Bears in the third and fourth quarters in Week 6.

How did they do it? By overloading the Chicago zone defense in the middle of the field.

On this play, Dolphins tight end Will O’Leary runs a clear-out route right at Bears rookie linebacker Roquan Smith who’s dropping into a hook zone in this cover-3 look. Miami then runs Albert Wilson on a snag route underneath the space created by O’Leary’s dummy route. That leaves Wilson with space, and Trevathan takes an awful angle at the ball carrier, and Wilson is off to the races for a 75-yard touchdown.

Although the Bears don’t usually miss tackles as they did on that play, they’re an aggressive defense and often take bad angles at the ball carrier as we saw with Trevathan there.

The Chicago defense currently ranks 18th with an average 60.5 tackling grade, according to Pro Football Focus.

The Bears defense has blossomed into an elite unit through its first five games of the 2018 season.

Chicago was on the verge of being an elite defensive team a year ago, and then they added star pass rusher Khalil Mack via trade in early September.

“I think that we were approaching being a really good defense and added that extra piece [Mack]. It really helped us just have a full hand. We’ve got a full house over here, to put it that way,” said former Patriots now Bears defensive tackle Akiem Hicks.

However, like any defense, there are ways to move the football on the Bears if you attack the right areas and execute at a high level.

Luckily for the Patriots, the right area to attack the Bears is also Tom Brady’s bread-and-butter, and the New England offense is executing at an extremely high level over the last three weeks.