Patriots Gameplan: Could a Belichick-Saban Creation Be the Key to Slowing Down the Chiefs Offense? 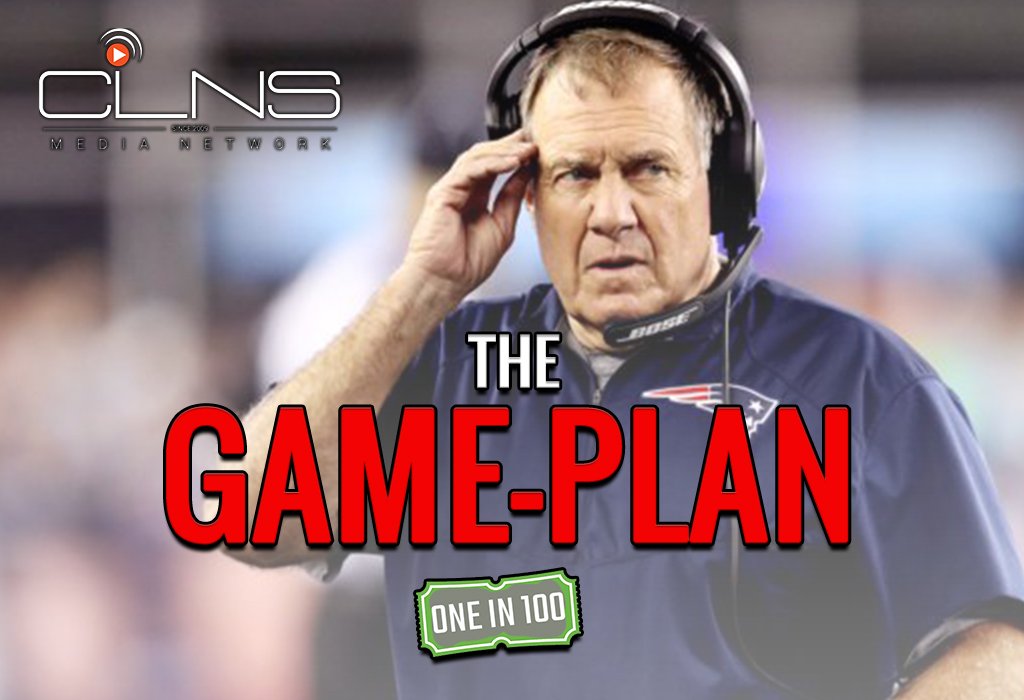 This week’s Patriots gameplan focuses on a type of coverage that Bill Belichick brought to the NFL that can help the Patriots defense slow down Patrick Mahomes and the Chiefs on Sunday.

Before we discuss Sunday’s game, let’s go back to Cleveland in the early 1990’s.

The Steelers’ four verticals concept gave the Browns fits and the book was out on how to dismantle the Belichick-Saban defense.

So the two future Hall of Famers went into their lab and created what’s known as a pattern-match zone scheme.

Pattern matching takes the principles of a typical spot-drop zone and morphs them together with man coverage principles depending on the play call of the offense.

This, of course, was the perfect solution to defending zone beaters by spread offenses.

“I came from primarily a zone system at the Giants. Nick came from, I’d say, a man and a blitz system in Houston with Coach [Jerry] Glanville. And then, a lot of the zone principles from Coach [George] Perles at Michigan State – we merged a lot of those things together,” Belichick said.

Now let’s fast-forward to Sunday night when the undefeated Kansas City Chiefs and quarterback Patrick Mahomes will visit Gillette Stadium to take on the Patriots.

Mahomes and the Chiefs offense is averaging 35.0 points per game this season (second-most in the NFL), and the second-year quarterback is tearing up the league in his first year as the starter.

However, like most quarterbacks, especially young ones, Mahomes’ efficiency drops when defenses force him to hold onto the football by taking away his first read in his progression.

Chiefs head coach Andy Reid does a terrific job of creating openings for Mahomes’ first read early in the down by running a variety of different route concepts out of a small handful of formations, and by utilizing pre-snap motion and rub/crossing designs against man coverage.

But over the last two weeks, the Broncos and Jaguars have been able to slow down Mahomes with Belichick and Saban’s creation; pattern matching.

With the pattern-match philosophy, the defense is unphased by pre-snap motion because it operates before the snap like zone coverage, and the variety of routes Reid runs are met with the best kind of coverage to defend those concepts after the snap.

Below, I’ll take you through some prime examples of how Denver and Jacksonville were able to keep the Chiefs below their season averages by borrowing from the Belichick and Saban playbook:

Let’s start with some basic pattern-match coverage that perfectly illustrates how the combination coverage can take away the things the Chiefs offense likes to do.

Here, the Chiefs release three receivers vertically down the field out of a three by one set. The outside slot receiver to the trips side runs a seam route up the field, and the slot corner matches that route by carrying the slot wideout downfield. Tight end Travis Kelce comes over the middle, and the Broncos pass that off with their three zone defenders dropping into the middle of the defense. Mahomes reads the middle of the field first and sees that Kelce is covered, and turns to the trips side to throw a comeback route along the sideline. The Denver secondary has excellent coverage on the play, and the pass isn’t close to the intended target.

In pattern matching, when a receiver releases into a short route the defense will make an “under’ call, which tells the zone defenders in the middle of the field to key on the underneath crossing routes and other concepts that would send receivers into their zones.

And it also turns the slot defensive back lined up across from the receiver into a flat defender.

On this play, you’ll see the outside corner at the bottom of the screen match the receivers vertical release. On the other side, the corner at the top of the screen spot-drops into his third of the field with the receiver running a short curl. However, the key to this play is what happens in the middle of the field. With the slot defender at the top of the screen handling the deep dig route, the three underneath defenders drop into hook zones as Travis Kelce runs a curl over the middle. Mahomes’ first look is to Kelce, who’s covered up quickly by the linebacker. Taking Kelce away causes Mahomes to hold the football, and the pressure gets to him forcing him to throw this ball into the dirt by Kelce’s feet. When the play flips to the end zone angle, you’ll see that Denver runs an LB/DE stunt to free up defensive end Derek Wolfe for a run at the quarterback. The Broncos’ ability to take away the quick throw to Kelce, and apply pressure on Mahomes, leads to an ugly throw from the Chiefs quarterback.

Here, the Broncos once again take away Mahomes’ first read to wide receiver Sammy Watkins by dropping the strong safety and strongside linebacker underneath Watkins’ route. Mahomes finds his checkdown on the underneath crosser, but the weakside linebacker executes his assignment perfectly by keying on the crosser coming over the middle and tackling him for a short gain. As you can see, both slot receivers on the strong side of the formation (top of the screen) break their routes off within ten yards, so that triggers the zone coverage for the safety.

Lastly, in situations where the “X” receiver is alone on his side of the formation, the defense might make a “skinny” call.

This call tells the corner opposite the “X” receiver that he’s in man-to-man coverage regardless of the route while the rest of the coverage adheres to basic zone principles.

Patrick Mahomes’ second interception of the season came on a “skinny” call.

Jaguars cornerback A.J. Bouye lines up opposite of Chiefs wideout Demarcus Robinson. The Chiefs run a “switch boot” concept with the tight end going with the flow of the play across the formation while Mahomes runs a bootleg play-action. At the bottom of the screen, you’ll see that Jaguars are in zone coverage, but at the top of the screen, Bouye is in man with Robinson. The Jags blanket the tight ends releasing into Mahomes’ first read on the play with the defenders dropping into zones in the flat, and he’s late coming back to Robinson on the crosser. By the time he comes back to Robinson, the throw is too late, and Bouye slides underneath the route for the interception.

The examples above cover the basics of the pattern-match philosophy.

There are many variations to the coverage at the play-callers disposal, and there are other core principles that are important to note as well.

One of those core concepts is the left or right safety call which dictates which safety comes down to cover a receiver depending on the alignment of the offense. Remember, most of these calls are all single-high safety looks.

There’s also the possibility that the deep safety playing centerfield could shade to one side or another to effectively double a receiver going deep, which the Patriots might do against Tyreek Hill.

As Belichick told me on Tuesday, “we could write a book on that.”

But at its roots, the pattern-match coverage is designed to match up with the spread offenses that force defenses to cover every inch of the field like the Chiefs.

Chiefs quarterback Patrick Mahomes is a terrific talent, and he’s already well beyond most quarterbacks in the early stages of their careers.

However, by forcing Mahomes to beat you from inside the pocket late in the down, you can curtail his efficiency and even force him into some turnovers as we saw against Jacksonville.

The Patriots defense won’t be able to shut down the Chiefs offense, but if they can slow down Mahomes’ delivery, then they can keep Kansas City from lighting up the scoreboard on Sunday.