Patriots Gameplan: How the Patriots Offense Can Get Back on Track vs. Miami 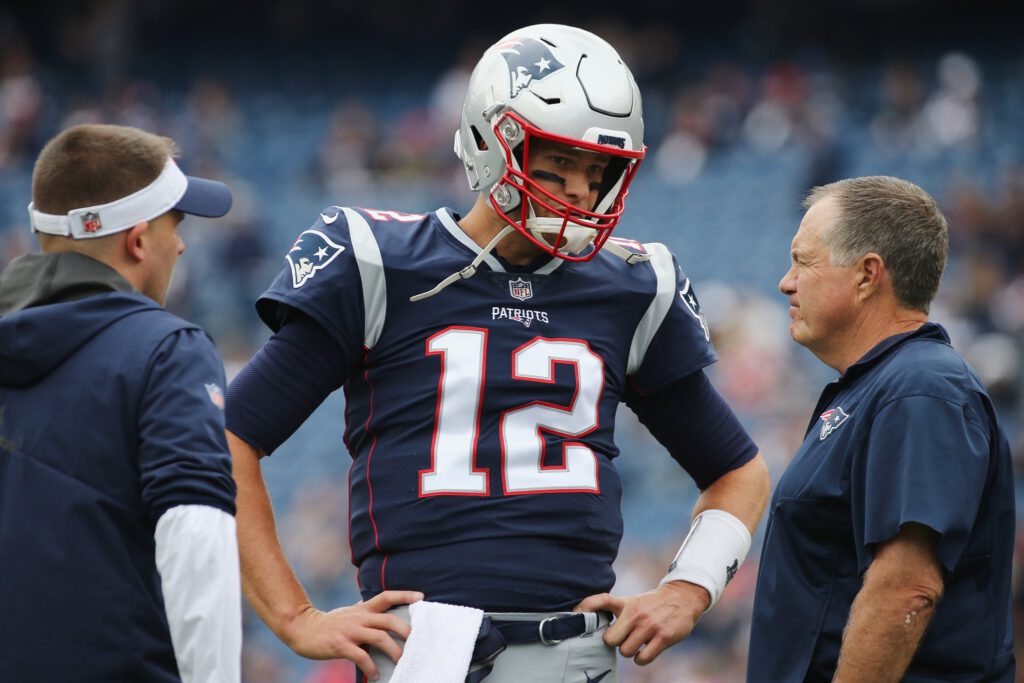 The Patriots find themselves in a hole, and to dig themselves out of it they’ll have to start by winning a game against the undefeated Miami Dolphins (3-0) at Gillette Stadium on Sunday.

The good news for the Patriots is that Tom Brady owns the Dolphins at home.

The Pats quarterback is 14-1 in his career against Miami at Gillette Stadium and has won ten-straight contests against the Phins at One Patriot Place.

However, this season, the Dolphins are off a roaring start, and the last time these two teams met Miami handed the Patriots a 27-20 loss on Monday Night Football last December.

During his press conference on Wednesday, Patriots head coach Bill Belichick said of the Dolphins’ approach, “they’re a game-plan team, so whatever Coach [Adam] Gase thinks will work, that’s what they’re going to do.”

In that Week 14 matchup last season, Miami’s game plan was to play aggressive man coverage to throw off the timing of the Patriots offense, especially on third down where the Pats failed to convert a single first down (0-11).

The Dolphins played cover-1 man-to-man on 33 percent of the Patriots’ passing plays, which was by far their most frequent coverage scheme that night.

Reflecting on that loss as the team prepares for Miami this week running back James White said, “I know we played bad that’s for sure. That Monday night game, they got us, they got after us pretty good.”

It’s possible that head coach Adam Gase and defensive coordinator Matt Burke will implement a similar game plan against the Patriots this Sunday.

But there are a few things the Patriots can do to combat the sticky coverage of the Dolphins, and a player that wasn’t active for that Week 14 game, Rob Gronkowski, should be at the center of those plans as he is every week.

Also at the forefront of this week’s game plan on offense should be running back James White, who has a favorable matchup against a weak linebacking core for the Dolphins.

Below, I’ll go through some examples from the Dolphins’ first three games of the season, and things the Patriots have done against man coverage in the past to illustrate how they can avoid a third-straight loss on Sunday:

GET THE BALL TO GRONK!

This one seems obvious, but its proven to be extremely difficult for Tom Brady to find his favorite target with teams paying extra attention to the All-Pro tight end.

But Gronk has always been the Patriots’ man coverage beater, and in man coverage situations you can throw him the ball even when he seems covered.

LINING UP AT “X” RECEIVER

One of the Patriots’ favorite things to do with Gronk when teams play man coverage is to isolate him on the perimeter as the “X” receiver where they can catch teams putting a linebacker or safety on Gronk.

The Patriots got Gronk on a favorable matchup on the perimeter with Texans linebacker Zach Cunningham in Week 1. Houston has a bracket coverage on this play, but the safety is late to come over, and the execution by Brady and Gronk is too perfect to stop. These kinds of back shoulder throws are impossible to defend for opposing defenses due to Gronk’s size and the ball placement by Brady.

By isolating Gronk outside, it puts the defense in a situation where they can only devote two defenders to Gronk instead of boxing him in when he’s in the middle of the field.

THROW TO THE RUNNING BACKS

Another matchup that heavily favors the Patriots is running back James White against the Dolphins linebackers.

Both starting linebackers Kiko Alonso and Raekwon McMillan have struggled this season in coverage, and Miami has allowed 201 receiving yards to running backs, which is the sixth-most in the NFL.

The Jets picked on McMillan with running back Bilal Powell in their Week 2 matchup with the Dolphins.

Powell had five catches for 74 yards and a touchdown in the game, and his score was a perfect example of how the Patriots can get the ball to White this week.

The Dolphins are in cover-1 man which leaves Powell isolated on McMillan in the middle of the field. The “X” receiver on the right side of the formation in a three by one set runs a vertical clear-out route which opens up the middle of the field for Powell, and Powell shakes McMillan at the top of his route and runs right by him before powering his way into the end zone.

Believe it or not, the Patriots ran only one screen pass against the Lions last week, which is remarkable given how frequently they typically run screens to both their running backs and wide receivers.

This week, Josh McDaniels should dust off all his screen designs as the Dolphins linebackers are either slow (Alonso) or inexperienced (McMillan), and can be exploited in this types of situations.

Credit to Mark Schofield for pointing this one out from Raiders head coach Jon Gruden. In Week 3, the Raiders ran a very uniquely designed screen to running back Jalen Richard. Instead of releasing multiple offensive linemen into the screen, the only blocker for Richard is center Rodney Hudson. It’s a terrific way of disguising the plays intentions, and Dolphins linebacker Kiko Alonso is slow to react due to the creative design, and Hudson seals him off springing Richard for a nine-yard gain.

The Patriots need to get their running backs more involved in the passing game to give the offense some easy ways with mismatches and creative play designs to move the ball against the Dolphins.

Another way the Raiders were able to move the ball on the Dolphins defense was with pre-snap motion to throw off their coverage assignments and gain leverage in man coverage situations.

The Patriots like to utilize pre-snap motion so that Tom Brady can decipher the coverage pre-snap, but Oakland head coach Jon Gruden was able to move players around before the snap to gain an advantage during the play as well.

On this play, the Raiders motion wide receiver Amari Cooper across the formation to align him behind the left side of the offensive line. Then, Cooper comes in motion again right before the snap behind quarterback Derek Carr on a “switch” route. As you can see, the action and the route leaves Dolphins cornerback Bobby McCain scrambling to keep up with Cooper, and the wideouts speed and added leverage make this an easy first down for the Raiders.

That play was a great example of how you can make it easier on receivers to get open with alignment, and by giving them a free release and leverage on the defender at the snap.

Although this wasn’t in a man coverage situation, the Dolphins also lost Raiders receiver Jordy Nelson on a huge play early on in the game due to the complex pre-snap motion by Oakland.

Both in man coverage and zone coverage situations, expect the Patriots to try to gain advantages with pre-snap motion on Sunday.

The Patriots offense is in desperate need of some creativity and improved execution to avoid falling to 1-3 on the season.

Offensive coordinator Josh McDaniels had some creative play calls in the first quarter against Jacksonville, but given the current state of the personnel, the Patriots need McDaniels to put his best skill players in positions to succeed against the Dolphins.

In the Patriots’ first matchup against the Dolphins in 2017, Miami’s game plan heavily relied on cover-3 zone schemes in the secondary, and the New England offense hung 35 points on them in an 18-point victory.

Two weeks later, the Dolphins threw out their zone coverage approach and went with a man coverage plan, and without tight end Rob Gronkowski who missed the game due to a suspension, the Patriots had no answers for the tight man coverage from Miami’s defense.

In the first matchup between the two AFC East foes this season, it will be interesting to see if the Dolphins go with a man-heavy defense, but regardless, the Patriots will have to find ways to get their skill players in advantageous situations.